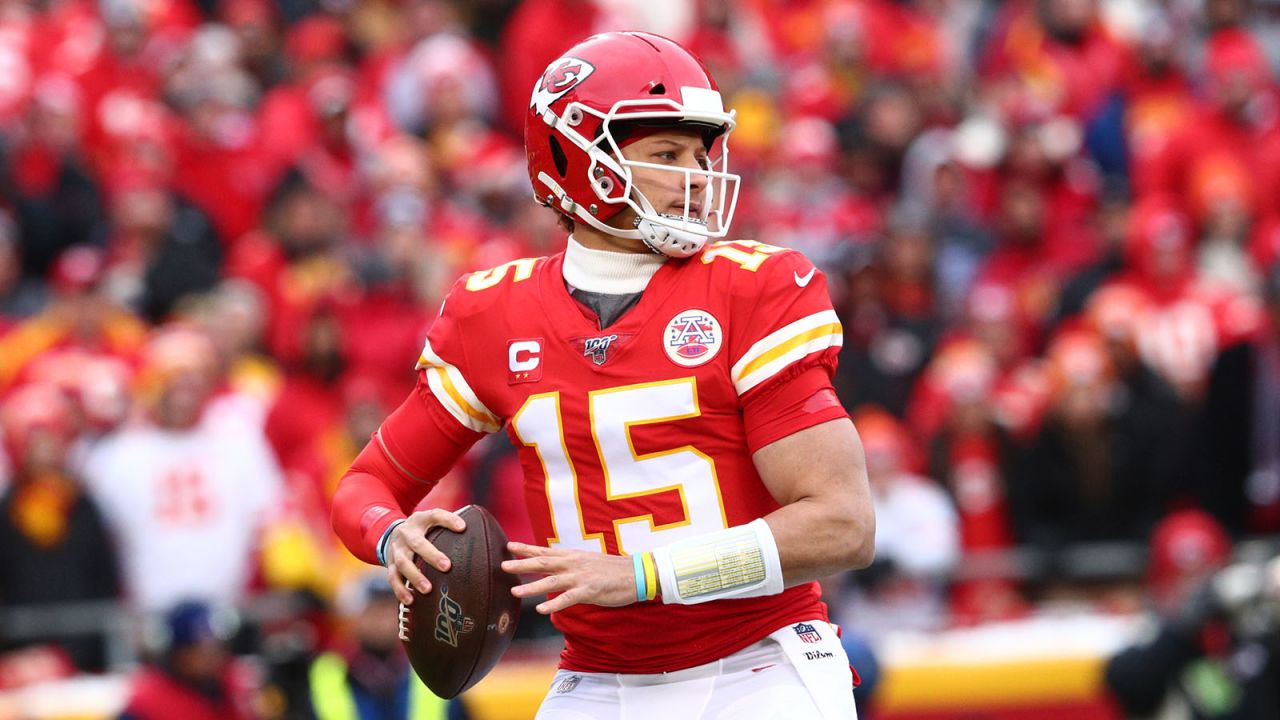 It looked like another Andy Reid team was going to unfortunately come up short in the postseason when the Chiefs were down 24-0 to the Texans last week, but a flip switched after the early deficit, and Kansas City ended up blowing out Houston with a 51-7 run in the final 40 minutes. I obviously don’t know what the game plan would have been in a “normal” week, but the Chiefs falling behind may have ended up being a blessing in disguise for the rest of the Divisional Round and beyond, as it led to Damien Williams—who takes the offense to another level when he’s featured—barely leaving the field in a three-touchdown performance. Amazingly, either Williams or Travis Kelce capped off six consecutive possessions with a trip to the end zone last week, and Tennessee will have a difficult time containing them, Tyreek Hill, Sammy Watkins, and Mecole Hardman on Sunday. In the first meeting, Patrick Mahomes was slightly less mobile than usual in his return from a dislocated kneecap, but he still threw for 446 yards and three touchdowns, so the Titans need to play better on the backend while shortening the game by keeping Reid’s offense on the sidelines.

Of course, Tennessee has a unique player to control things (Derrick Henry), but I’m not sure if he will be able to single-handedly carry his squad to a Super Bowl appearance against the high-powered Chiefs. Although no mistakes have been made, Ryan Tannehill has thrown for fewer than 100 yards in both playoff wins so far, and another 180+ rushing yards out of Henry might not be enough if the defense doesn’t create points on their own like they did in the 35-32 victory at home back in November. I would like to see A.J. Brown—who had one reception in the previous meeting and just two receptions in the playoffs—get more involved after he was uncoverable down the stretch in the regular season, and the potential return of Adam Humphries (ankle) would be huge for an offense that needs all hands on deck. Also, Marcus Mariota will apparently remain involved, and the Titans might as well empty the playbook with more “Tebow” plays if they have them.

Aside from added contributions from the passing attack, Tennessee may need former All-Pro safety Kevin Byard to make another game-changing play in coverage by fooling Mahomes into thinking someone is open. That will be much easier said than done because of the speed Kansas City has on the perimeter, but Byard is still looking for his first career touchdown (despite 17 interceptions over the past three years), and this weekend is a great time for it. On the injury front, Chris Jones (calf) missing another game would be a huge advantage for Tennessee, as he’s basically the only defender that can get in the backfield to stop Henry before he gets going for an automatic gain. I expect a really close game, but overall, the Chiefs might have too much firepower, and they surely remember squandering a 21-3 lead against Henry and the Titans two years ago in a stunning playoff loss.

The first matchup between Green Bay and San Francisco this season—a primetime clash on Sunday Night Football—was billed as the game of the week, but it failed to live up to expectations as the 49ers dominated, 37-8. The NFC Championship Game rematch will again take place at Levi’s Stadium on the turf of the top-seeded Niners, but I think we should get a much different outcome (i.e. a one-score finish). In Week 12, the Packers started with a fumble on the game’s opening possession to set up a two-yard touchdown on San Francisco’s first offensive snap, and they were never able to fully recover from there. However, the Green Bay defense did their part for as long as they could by forcing three punts and two field goals on the next five possessions, whereas the offense has made just enough plays during the six-game winning streak since then. In particular, Davante Adams has been on a tear recently, but I’m not sure defensive coordinator Robert Salah will want to change things up much, which could mean Aaron Rodgers is able to pick on Emmanuel Moseley and/or Ahkello Witherspoon at right cornerback until they stop it (Adams scored in the previous meeting and had a 10/132/2 line in last season’s win over the Niners).

Aaron Jones is the other big-time weapon to worry about in Matt LaFleur’s offense, but if San Francisco gang tackles and eliminates cutback lanes to prevent the chunk plays, it’s possible to make them one-dimensional. And that could be the key, as forcing Rodgers into obvious passing situations will allow Nick Bosa and his buddies to collapse the pocket like they did earlier this year by getting to the former NFL MVP five times and limiting him to 5.2 yards per attempt. The screen passes called by Minnesota last week didn’t go anywhere, but the plays weren’t very creative, so I’d like to see Green Bay dial up some misdirections to better disguise their intent. Having Bryan Bulaga (who exited the first matchup after nine snaps due to a knee injury and didn’t play last week due to an illness) on the field would be significant.

For the 49ers, Tevin Coleman was unleashed with 22 carries, 105 yards, and two touchdowns last week, and similar to Damien Williams in Kansas City, the offense just seems a little more dangerous when he’s featured. That said, Kyle Shanahan wants to run the ball no matter who is in the backfield (Matt Breida actually drew the start last week) in order to establish play-action, and that’s exactly what happened to break the game open in Week 12 with a 61-yard score to George Kittle. The Packers have said the loss led to the defense becoming what it is now (15.7 points per game allowed since the start of December), but Sunday will be their biggest test yet, and they cannot allow playmakers like Kittle and Deebo Samuel to go for 60-, 40-, or even 20-yard touchdowns if they want to pull off an upset. It’s tough to pick against Jimmy Garoppolo and his 22-5 career record, but Green Bay has some added momentum based on how they closed out last week, and I believe Jaire Alexander or someone else on the defense will force a turnover late to potentially set up a Super Bowl I rematch in February.