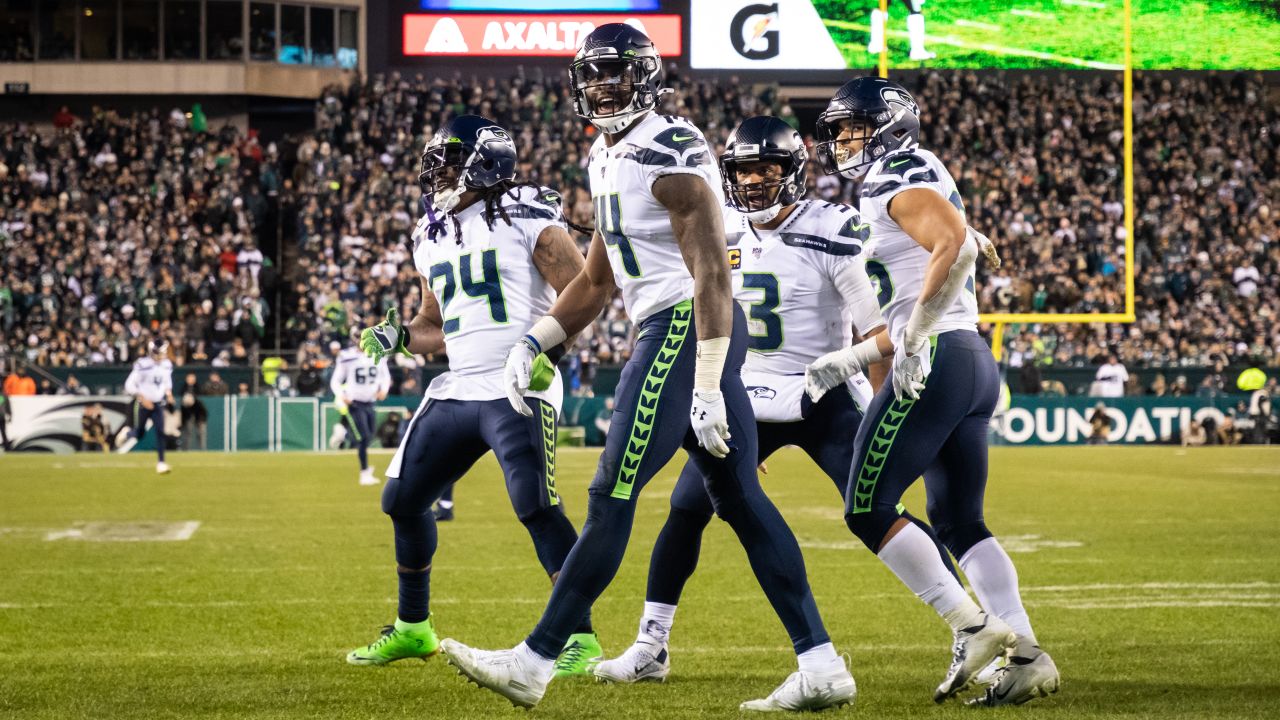 For the Wild Card Round, I thought the big concern Minnesota had was a lack of firepower with Adam Thielen (hamstring) potentially less than 100%, but he ended up catching seven-of-nine targets for 129 yards, including a 43-yard deep ball in overtime to set up Kyle Rudolph’s game-winning touchdown. On the front end of both throws was obviously Kirk Cousins, who silenced all the doubters by going into the Superdome to defeat Drew Brees, which is admittedly something I didn’t think would happen. Now, the Vikings should have plenty of confidence against anyone they might have to face over the next three games—starting with the top-seeded 49ers. Keeping the quarterback upright could be a struggle for Minnesota, but Dalvin Cook continuing to be featured after 31 touches last week will prevent Nick Bosa and company from getting too aggressive, and I would like to see a heavy dose of screen passes to make San Francisco slow down a step. Also, for what it’s worth, both Thielen (6/102) and Stefon Diggs (3/43/1) had productive days in the season opener versus the Niners in 2018.

There really aren’t many question marks on the roster for Kyle Shanahan’s squad, but although Jimmy Garoppolo has proven to be a winner (21-5 career record) that can perform in clutch moments, he is the only quarterback left standing to not make a postseason start, and I think that’s notable. That said, San Francisco will mostly rely on the running game, and the speed of Deebo Samuel and Emmanuel Sanders could present a tougher challenge for Mike Zimmer’s secondary than Michael Thomas did last Sunday. If the Vikings are going to pull off another road upset, the defensive line needs to dominate again, but they won’t have the benefit of surprising the Niners by putting Danielle Hunter and Everson Griffen inside, so we should see a good battle on the edge against Joe Staley and Mike McGlinchey. Another 30+ touches for Cook combined with timely throws by Cousins will give Minnesota a chance in what should be a close game, but the 49ers probably have a little more talent throughout the roster.

The matchups on Saturday prove that running the ball still matters in the NFL, and that is especially true in January. Last week, Tennessee wisely gave Derrick Henry 35 touches, resulting in 204 yards and a touchdown as Ryan Tannehill had to throw just 16 times to knock off New England; the formula shouldn’t change much against the Ravens, who have allowed huge days on the ground to the Chiefs (124 yards; 6.2 YPC), Browns (192 yards; 7.4 YPC), and 49ers (152 yards; 6.3 YPC) this season. He was surprisingly named a First-Team All-Pro, but Marcus Peters is a player that I believe the Titans will hope to expose both on the ground and through the air by a) forcing him to make a tackle when Henry gets to the second level, and b) putting A.J. Brown against him for a significant strength/speed advantage in the passing game. Tannehill getting into an early rhythm with play-action connections to Brown and tight end Jonnu Smith is key to keep Baltimore from stacking the box.

On defense, stopping Lamar Jackson is way easier said than done, but the Titans are fortunate to have Marcus Mariota around to give his teammates a look running the scout team, which could take some of the early-game “shock” away from facing Greg Roman’s offense for the first time. Still, facing Mariota in a non-contact practice is different than trying to contain Jackson—who is better than anyone at eluding defenders with a last-second juke or spin—in game action, and Tennessee also has to contend with Mark Ingram (or Gus Edwards) hammering inside, Marquise Brown working on the boundary, and Mark Andrews finding holes in the seams. This is true for every game, but it’s important that Mike Vrabel’s defense gets off the field on third downs and is able to limit the Ravens to field goal attempts in scoring territory for it to be a game late in the fourth quarter. And even if Jackson proves to be overwhelming early on, the Titans need to stay committed to Henry.

The Texans looked done after being down 16-0 to the Bills last week, but some questionable decisions by Buffalo and poor officiating—combined with the play of Deshaun Watson and J.J. Watt—was enough to get them a 22-19 victory in overtime. If they fall behind early on this weekend, though, I highly doubt Houston will be able to pull another rabbit out of their hat in a challenging road test. Other than the Ravens, no one was hotter than Kansas City entering the postseason (six-game winning streak), and the defense has been extremely stout during that stretch with 11.5 points per game allowed to finally match Andy Reid’s high-powered offense. Unlike the Bills in the Wild Card Round, I don’t think the Chiefs will waste any time attacking the Texans vertically, and Damien Williams being entrenched as the lead back really makes opponents defend the entire field with home-run hitters all over the place. If too much emphasis is put on stopping Tyreek Hill (5/80/2 in first meeting this year), Sammy Watkins and Mecole Hardman could have a field day for Patrick Mahomes.

Houston won 31-24 back in Week 6, but Watson and the passing attack didn’t have their best showing, as it was the combined rushing effort that led the way with 192 yards and three touchdowns on a season-high 41 carries. Since then, the Chiefs have been much more stingy, so I don’t think jabs (runs and short passes that worked previously) will be enough to beat Mahomes and his haymakers in a 60-minute rematch. Fortunately, it sounds like Will Fuller (groin) may be able to suit up on Sunday, which essentially gives Watson a lethal left hook to throw, and he may need it to build on last week’s finish and advance to his first championship game in the NFL. DeAndre Hopkins, Fuller, and Kenny Stills are the headliners for Houston’s offense, but don’t sleep on Darren Fells making a significant impact, as the veteran has the size at six-foot-seven to do some damage against a relatively undersized secondary that lost second-rounder Juan Thornhill (knee) in the season finale. Overall, I just think the Chiefs have too many weapons and are nearly double-digit favorites for a reason.

As others noted when they were trending Twitter last Sunday because of how the NFC games were playing out, Green Bay did plenty of “ugly” winning in the regular season, and that just might be the way to come out of the conference this month. Seahawks-Packers has become a bit of an NFC rivalry since Russell Wilson was drafted, meeting seven times since 2012, including the memorable playoff win for Seattle back in January of 2015. Notably, the home team has won every game over that span, and at Lambeau Field, Wilson owns just a 3:6 touchdown-interception ratio in three games (+46 point differential for Green Bay). However, the Seahawks have to feel great about their chances this week, as they can win in the figurative mud, too, and the combination of D.K. Metcalf and Tyler Lockett provides plenty of ammunition when they need to make a play through the air. I’ll be interested to see how Jaire Alexander and the cornerbacks are utilized by Mike Pettine, but it makes sense for Kevin King to use his size against Metcalf while Alexander does his best to take away Lockett.

On offense, the Packers will run through Davante Adams in the passing game and Aaron Jones on the ground, but Jamaal Williams—who like Jones, can contribute in a variety of ways—may be an overlooked factor after he missed the finale with a shoulder injury. In three healthy appearances against playoff teams this season, Williams saw a snap share of at least 45% with 13.3 touches, 52.3 yards, and 1.0 touchdowns per game, but Seattle might not have an emphasis on stopping him like they will Jones. Either way, I’d personally view Adams as the main threat to stop considering his scorching end to the season and the most recent performance against the Seahawks (ten receptions for 166 yards in November of 2018); taking him away will make it less likely that Aaron Rodgers is able to catch fire based on limited trust with the rest of the receiving corps. I expect Seattle to make it close and maybe come out on top if Jadeveon Clowney can make his presence felt by getting to Rodgers, but a frigid playoff game in Green Bay can be haunting, and the temperature will only drop as night falls for a late kickoff.