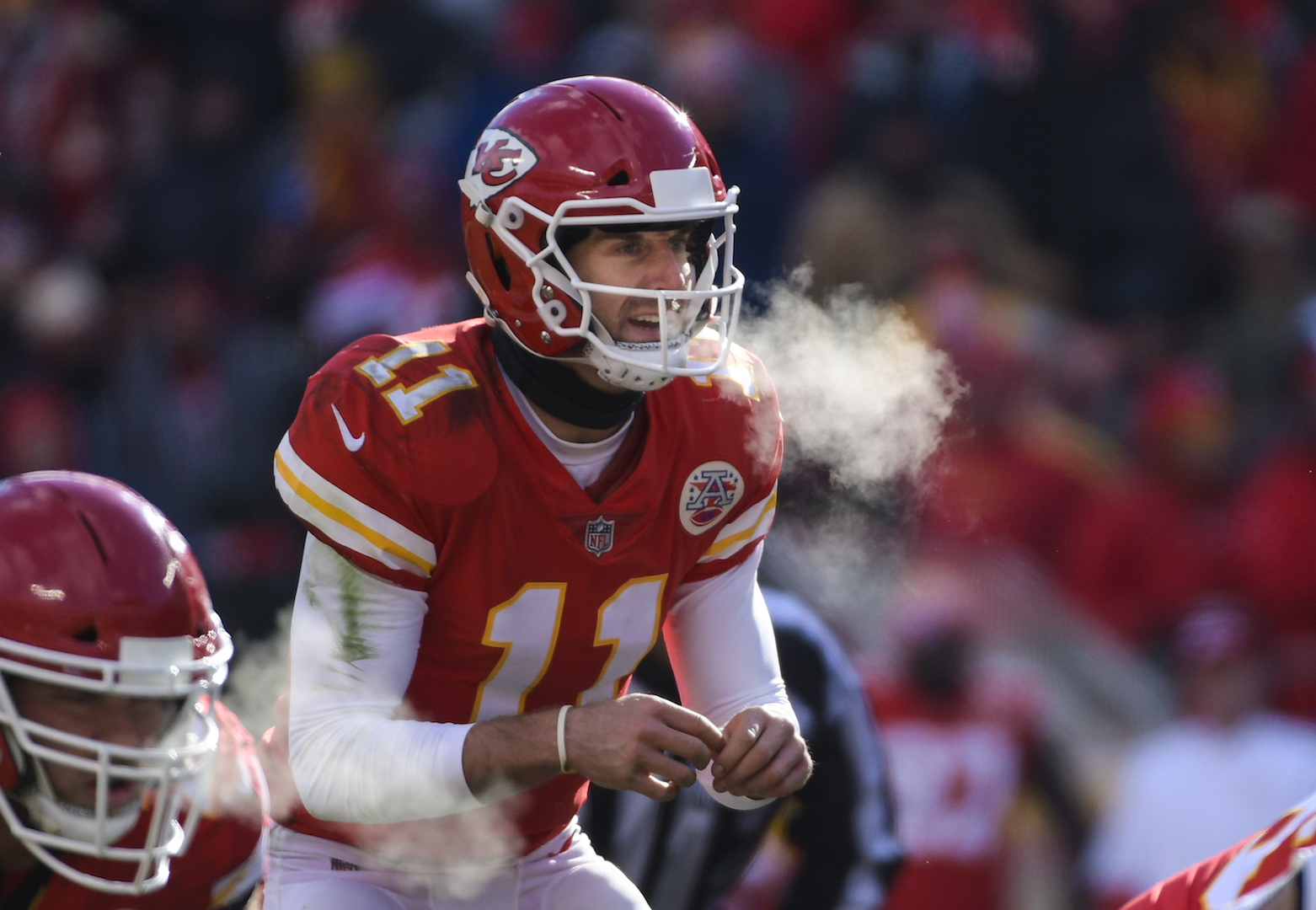 
The NFL Top 100 Players of 2018 concluded last night with a two-hour finale in which the final ten players were revealed. I previously went over some snubs and surprises for No. 100 to No. 51, and now it’s time to go over the top 50. It gets more difficult at this point, as there are so many amazing players voted to the top half of the list. Nevertheless, these are my top snubs and surprises. [Note: these are my opinions, and everyone who did or didn’t make the list are at the top of their craft and deserve recognition]

Well, Alex Smith would have been on the snubs from No. 100 to No. 51, but I thought for sure he would be somewhere in the top 50 of the countdown. Seriously, it’s shocking that a quarterback that was in the MVP discussion for much of last season didn’t even make the Top 100. The foolish media criticism of Smith (because he can’t throw far or something like that) might have somehow gotten to the players. Smith should have been on the Top 100.

Despite being named First Team All-Pro, Jason Kelce was not named to the NFL Top 100 this year. Guard Andrew Norwell, who just got a huge deal from the Jaguars in free agency, can also be considered a big snub after he missed the list. They are the only two First Team All-Pros to not make the list. Not that the All-Pro team is perfect, because it’s not, but they probably should have been ranked.

Harrison Smith was also a First Team All-Pro last season, and he is arguably going to be the best safety in the NFL for 2018, but he was outside to top 45 players. The players seem to be a big fan of Smith’s game, and I think maybe the subpar voting process led to his low ranking.

After a huge season in which he had 102 receptions for 1,393 yards and six receiving touchdowns, Keenan Allen should be higher than the No. 41 ranked player entering 2018. If Allen stays healthy, there’s no reason to believe he won’t again push for 100 receptions and be among the league leaders in receiving this season.

First of all, Larry Fitzgerald is the man. I’m not saying he doesn’t deserve this ranking, and perhaps he should be even higher. However, it was just surprising to see him jump nearly 20 spots from the year before after a similar season. This list is supposed to be for 2018, though (but they players don’t seem to vote that way), so it wouldn’t be surprising if Fitz has a huge year in his new offense.

Alvin Kamara had an outstanding rookie season and was a huge weapon for Sean Payton and the Saints, but it was just a surprise to see him in the top 20 despite not topping 1,000 yards rushing while the league’s leading rusher (Kareem Hunt) was 13 spots lower. Granted, Kamara received less work and averaged an amazing 6.1 yards per carry while also contributing as a major weapon in the passing game. A top-20 player already might be a bit high after one season.

Everson Griffen is a beast off the edge for the Vikings, and this surprise has more to do with the fact that he was moved up by the players after he was No. 92 in the 2017 Top 100. It probably just took some time for Griffen to get the recognition, but this shows the discrepancy in the voting and the list in general.

If Carson Wentz didn’t get hurt last season, he might have been named league MVP, which would make even the top spot on the list not at all a stretch. That said, it was surprising the players put him in the top three after 13 stellar games—over players that have obviously been doing it longer than Wentz. Not that Wentz doesn’t deserve this spot, but it was a slight surprise to see him there is all.