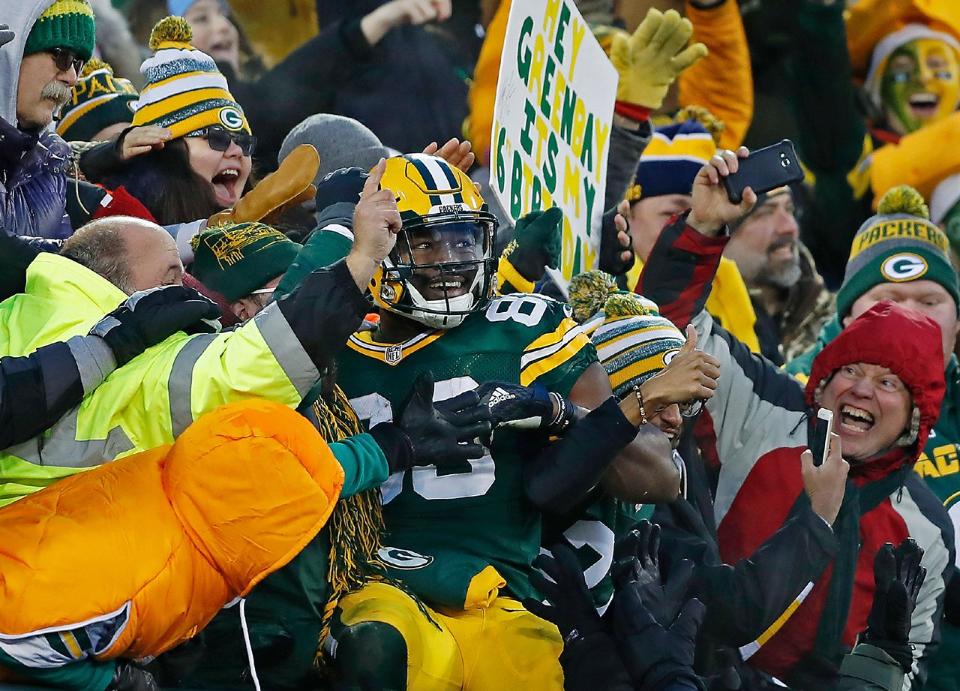 
The NFC North is the second division I’ll cover before free agency begins next week. If you missed the AFC North, you can check it out here.

Draft the best player available at #3

Chicago has plenty of holes on the roster, including quarterback, but they need to get franchise players in general. Drafting third overall gives the Bears a chance to add an impact player, and it will be most likely on the defensive side of the ball (Jonathan Allen or Malik Hooker come to mind).

Let someone else throw money at Alshon Jeffery

Antonio Brown set the new standard for wideouts getting paid yesterday with a 4-year, $68 million extension, and a rebuilding team like the Bears would be crazy to spend anywhere close to that on Jeffery. If he wants more than $11 million per year, which he will almost certainly get, the Bears should let him walk.

And that doesn’t mean this offseason. If the Bears are not sold on anyone in the draft, free agency, or any potential trade candidates, they should sit tight and wait for next offseason. They should without a doubt pull the trigger on Watson if they love him at #3, but it would be wise to concentrate on building the rest of the team like the Seahawks did a few years ago, and identifying your Russell Wilson when the team is ready to win.

Decide what to do at running back

Zach Zenner stepped in admirably down the stretch last season after Theo Riddick went down, but Detroit will hopefully have Ameer Abdullah back healthy. Abdullah, Zenner, and Riddick could form a nice three-headed backfield, but reforming the unit is the move to make if they really like a guy in the draft or free agency.

Get a pass rusher

Ezekiel Ansah struggled in 2016 as he battled injuries, and even if he returns to form, Detroit needs to add pass rushers this offseason. If he’s available in the first round, keeping Michigan’s Taco Charlton home would provide a huge boost to the pass rush—and the team. In a very deep class, however, they could find effective defensive ends as late as the fourth round.

If Charlton is gone by pick #21, Detroit should jump at the opportunity to take Temple’s Haason Reddick. Reddick profiles as a playmaker at the next level, as his explosiveness allows him to chase down running backs, drop back in coverage, and rush the passer; he’d likely be doing so at an outside linebacker spot for Detroit’s 4-3 front.

Anyone who read my fantasy advice throughout the 2016 season knows I love Ty Montgomery. The converted wide receiver dominated when he was given large workloads, and was a huge reason why the Packers turned their season around. Montgomery sometimes missed blocks on passing plays, but he will learn with a full offseason as a running back to work with. Green Bay could also re-sign Eddie Lacy at a discount to form a strong one-two punch.

The Packers were fine at safety with Ha Ha Clinton-Dix and Morgan Burnett back there, but the cornerback group was a disaster thanks to injuries. Sam Shields is off the team, and they still just have a group of unproven guys to cover stars like Julio Jones in the NFC. Unfortunately for the Packers, they let Casey Hayward go to San Diego (now LA) last year, so drafting or signing at least one corner needs to be a priority.

Clay Matthews is a star wherever he lines up, but it would be nice for him and the team if he could just stick to outside linebacker. As the forgotten man in Philadelphia, Green Bay might be able to get Mychal Kendricks for a late-round pick, which would be a steal.

After a 5-0 start last season, Minnesota’s season fell apart as their offensive line did. Sam Bradford had to consistently get the ball out quickly at the risk of getting killed, but he dropped dimes when given time. The Vikings were not able to establish the running game at all last season, and doing so would open up the offense.

As I was typing this NFC North Blueprint, news came out that Adrian Peterson will not have his 2017 option picked up, making him a free agent. Without fixing the line, it doesn’t really matter who is receiving handoffs, but GM Rick Spielman should have protecting his quarterback as the offseason’s top priority. Christian McCaffrey seems like a great fit in Pat Shurmer’s spread attack, but Minnesota will have to move up to get him.

Xavier Rhodes is obviously locked in as the #1 corner on the roster, but Minnesota shuffled in mostly Terrance Newman, Captain Munnerlyn, and Trae Waynes behind him last season. After using a first round pick on Waynes two years ago, the Vikings used a second round pick on Alexander in the 2016 NFL Draft. By moving forward without Newman and Munnerlyn (both free agents) and playing Waynes and Rhodes on the outside with Mackenzie in the slot, Minnesota could have a dominant cornerback group for years to come.