Home / frontnfl / Opinion: The NFL Should Use An 18-Week, 16-Game Regular Season Schedule 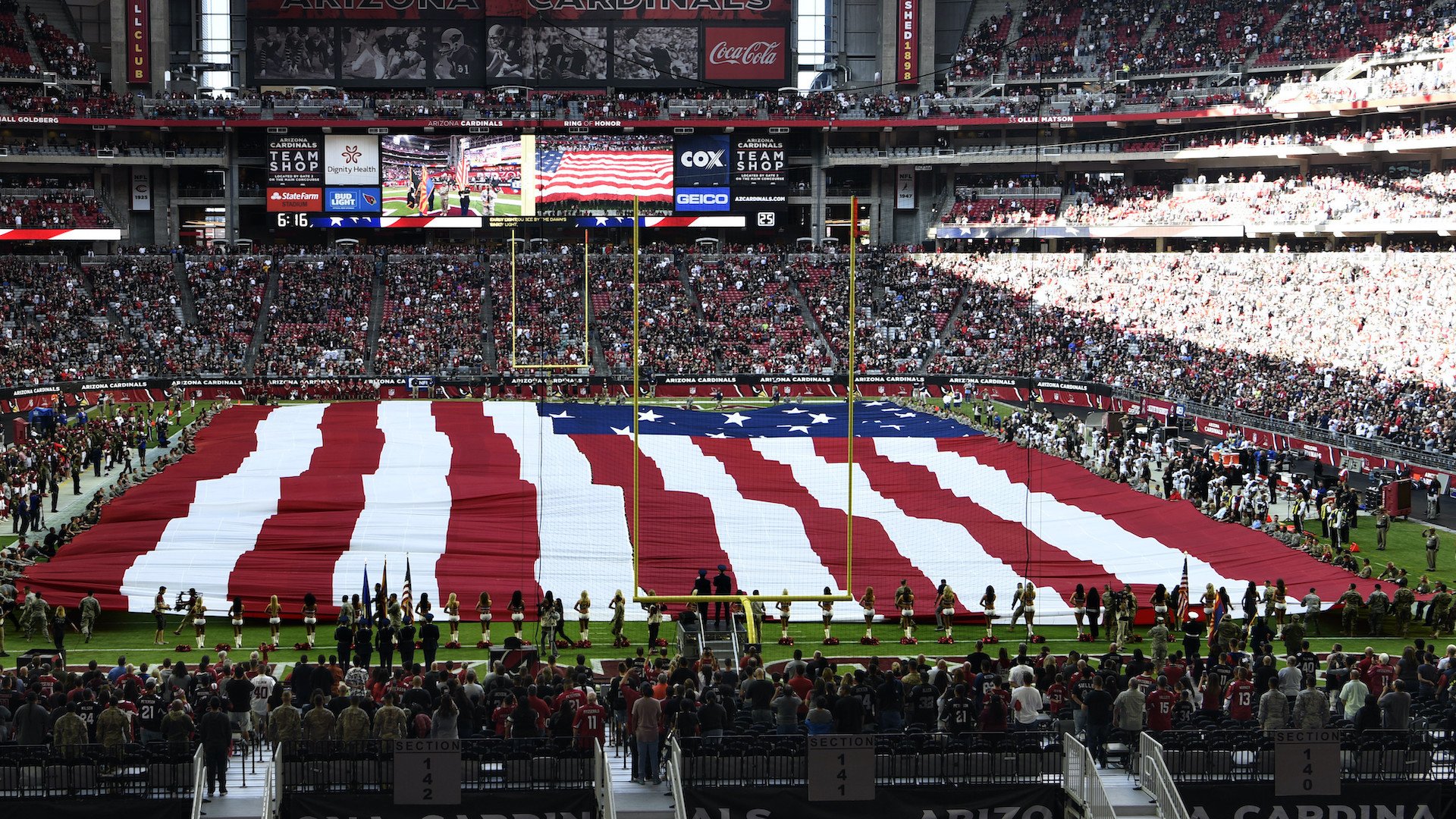 Opinion: The NFL Should Use An 18-Week, 16-Game Regular Season Schedule


Whether or not the NFL players vote in favor of the proposed collective bargaining agreement, the league appears poised to go to a 17-game regular season schedule for the next CBA. NFLPA executive director DeMaurice Smith said that the owners essentially demanded an additional regular-season game as part of the package to do a new early labor deal while avoiding expiration of the current CBA.

The concerns some high-profile players like Richard Sherman, Aaron Rodgers, J.J. Watt, and Russell Wilson have aired about the proposed CBA—particularly the player safety aspect of adding another game—are legitimate. Things have reportedly gotten contentious as the NFLPA works toward a new deal, indicating the strong feelings against the proposed CBA. However, I am going to simply focus on something that has not been discussed much regarding the increase to 17 games—tradition.

Since 1978, the NFL has had a 16-game regular season, and it is disappointing that NFL owners so badly want to add another game messing with the league’s great tradition. I understand their perspective—another game means a lot more money for both themselves and the players, and it gives them more bargaining power for the television contract negotiations.

You’d always like to think you can improve on something, whatever it is. But a 16-game NFL schedule is one of those rare things that is perfect as is and should not be touched. An extra game for each team would obviously make more money, but a potential compromise the players should have countered with—I am shocked it has not been talked about anywhere as a possibility, but it was suggested here a few months ago—is an 18-week, 16-game regular season.

Adding an extra bye week would be a major positive for the players, while the NFL gets to tout an extra week of football to the networks in their television negotiations. This keeps the symmetrical 16-game schedule, and it actually makes more sense to have two byes across 18 weeks rather than the current 16-game, 17-week schedule where teams have early Week 4 byes or late Week 12 byes.

Instead, we are likely going to get an odd 17-game schedule, where the number of home and away games alternate each year and there is no easy, set formula for the opponents each year. It feels like a bad idea.

The issue probably is that the NFLPA seemingly surrendered the additional game was going to happen without much push-back. I am not involved in these labor talks, so perhaps this is unfair; but maybe if the NFLPA leadership fought harder to avoid 17 games from the beginning, it would not have been a given now.

(It also hurts the NFLPA’s standing that reporters have seemingly been carrying the water for owners during the CBA negotiations.)

In addition to the elimination of the symmetrical schedule and the change in 16-game tradition, the league is already slanted enough toward offenses that numbers players can put up have become obscene. Records are going to be falling like crazy if the NFL moves to 17 games.

The bottom line is that NFL is awesome in part because it is so limited, with every Sunday being critical for most squads. Adding an additional game might not change that a ton, but even just one extra game risks oversaturation—maybe not in the next three or five years, but down the line it could come back to hurt the league.

Tradition paired with players’ concerns over issues like player safety will hopefully lead to the entire player body voting against the proposed CBA. NFL players have voiced displeasure with not getting guaranteed contracts like athletes in other sports (it isn’t going to happen, in my opinion), but they have one things the other leagues should be striving for: a perfect, 16-game schedule.

Hopefully they don’t lose that.