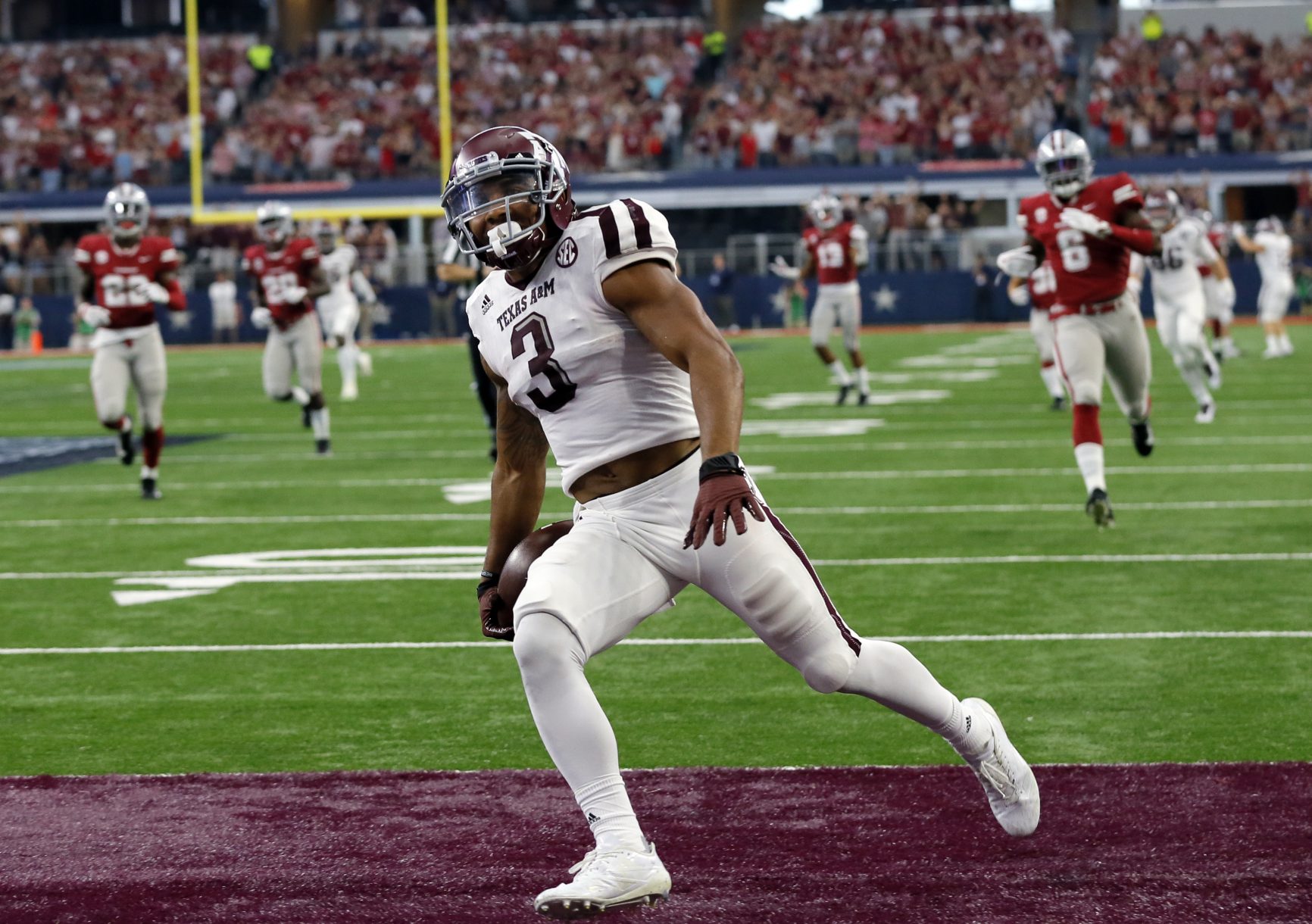 
Day 2 of the 2018 NFL Scouting Combine will take place on Saturday with the quarterbacks, wide receivers, and tight ends. It will be the most interesting day of the weekend, and these are the prospects I’m watching in particular. If you missed who I’m watching on Day 1 (RB, OL, ST), you can read that here. [Note: the position rank is where I currently have them in my yet-to-be-released rankings that will be tweaked and published after the Combine]

The handful of first-round quarterback prospects (including Sam Darnold, Lamar Jackson, Baker Mayfield, Josh Rosen) will be the biggest draw of the Combine, and none will be raved about more than Josh Allen. Wyoming’s gunslinger should put his arm talent on full display, but that’s not all people will be talking about, as Allen is projected to test athletically like an elite tight end. He has a chance to win over a high-drafting team both on the field and in the interview room.

Not being invited to the Senior Bowl seemed to hurt Barrett’s draft stock, but he has a chance to prove he can be a capable NFL quarterback at the Combine and his Pro Day. J.T. should ace the interview process, and he might even step up and take command of the prospects on the field in the passing drills, where he will have to excel; I think he will.

I already mentioned Jackson as one of the first-round quarterback prospects worth watching—and he’s a top-five overall prospect for me—but he deserves his own section based on his potential time in the 40-yard dash. The former Heisman winner should run a 4.3, and he certainly has a chance to break the record for quarterbacks (4.35 by Reggie McNeal in 2006).

Richmond’s Kyle Lauletta seemed to get the biggest boost from the Senior Bowl last month in a three-touchdown performance that earned him MVP honors, but I came away most impressed by Mike White out of Western Kentucky. I think White could rise as high as an early Day 2 pick in April, and this week, he will look to standout among a bunch of big names.

College teammates James Washington and Mason Rudolph will be given plenty of attention, and rightfully so, but Marcell Ateman is also a top-50 prospect that could get some first-round buzz if he runs well this weekend. I’ve compared him to Michael Floyd, who was picked 13th overall in 2012 and ran a 4.47 at the Combine.

Callaway is one of the only players at the Combine that I don’t currently have in my next positional rankings, but it’s based purely on character concerns. He will look to earn the trust of NFL teams, but it will be a tall task in short interviews. However, teams can overlook off-field stuff for potential game-breakers, and Callaway being focused this week could be the first step to getting drafted.

I’m shocked at how many draft analysts have Kirk not even close to a Day 1 prospect, but that might have something to do with their cookie-cutter, copy-and-paste mentality. Literally nicknamed “Baby Beckham” because of his similarities to the Giants’ superstar wideout, Kirk will look to impress scouts, coaches, and executives (those that actually matter) by running at least a 4.5 and displaying soft hands and crisp routes in the drills.

Sutton is a big-bodied target that combined for 32 touchdowns over the past three seasons at SMU, but projecting to the next level, scouts will want to see how he performs in the agility drills on Saturday. Of course, it might not even matter after Corey Davis—who didn’t even participate in the pre-draft process due to an ankle injury—was surprisingly drafted fifth overall last season. Still, Sutton will look to supplement his tape with a strong day.

There will be several prospects that are projected to be better pros than they were college players, and Tate is one of them. The six-foot-five receiver will look to run a good time, but arguably more important for him will be the drills, as Tate seemed to struggle with tracking the ball at times for the Seminoles.

He will be 25-years-old by the time the 2018 NFL season begins, but Hayden Hurst could make age nothing more than a number when it comes to his draft stock if he nails the Combine. I expect him to go out and prove to be the smoothest pass-catcher and route-runner among his fellow tight ends on Saturday.

Ian Thomas is only eighth at the position for me right now, but he is very close with the borderline top-five guys in a deep class. He showed well as a blocker at the Senior Bowl, so Thomas will look to show off his athleticism and pass-catching skills this week.

Day 2 of the 2018 NFL Scouting Combine begins Saturday at 9 AM ET on NFL Network.