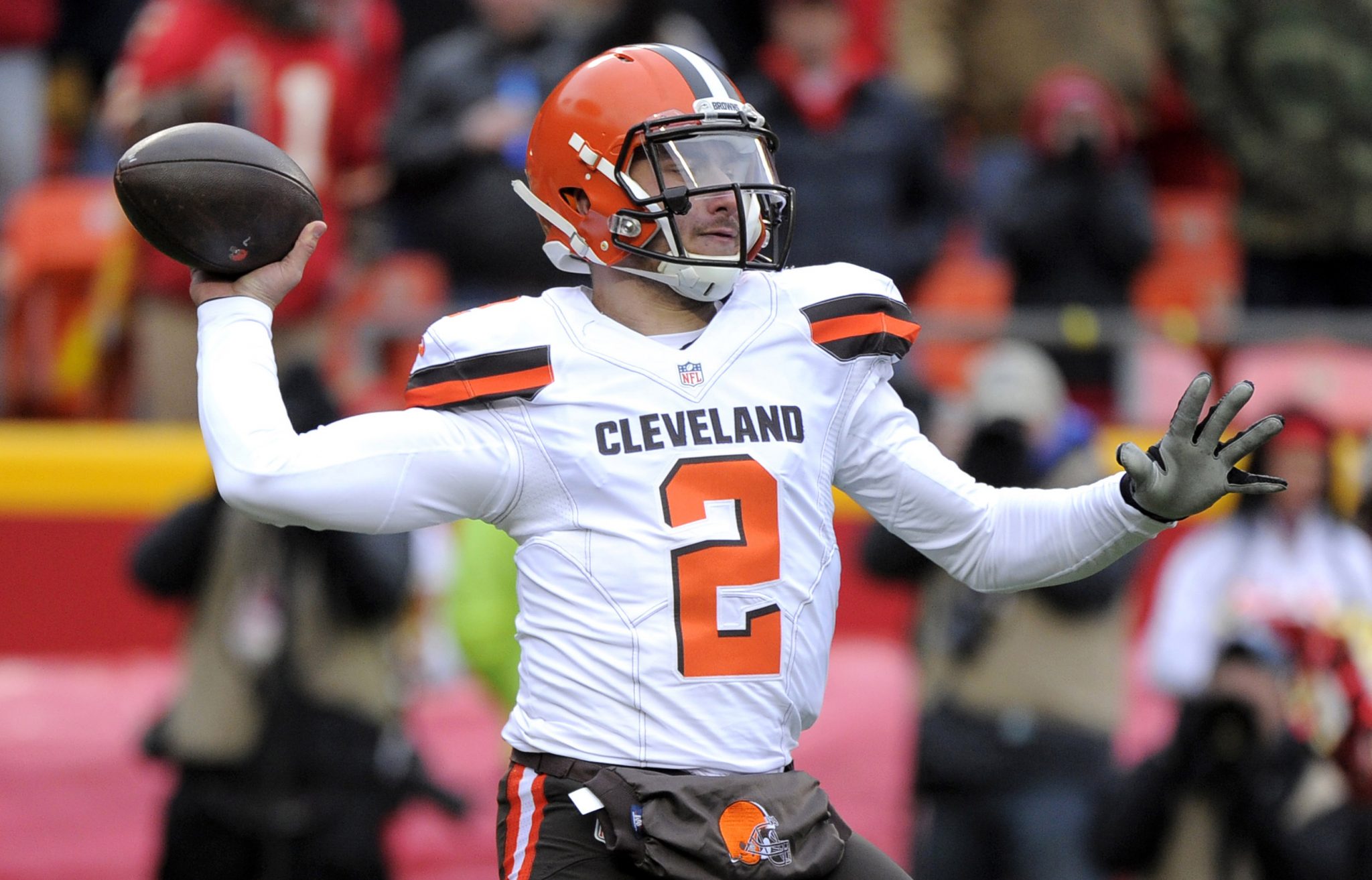 
In the public eye, former Heisman Trophy winner Johnny Manziel was quiet for most of 2017, deleting his Twitter at one point as well as avoiding trouble—which bodes well for a potential return to the NFL. Manziel was engaged, and he opened up this week in an interview with ABC News in which he seemed genuine and talked about how his parents would have people come up to them and ask, “What the hell is your son doing?” because of his poor decisions that led to him being out of the NFL in just two years.

Manziel admitted he was watching other players play on Sundays doing things he wants to be doing while he was just sitting on his couch like a “loser.” He also says he is taking medicine for bipolar disorder and stopped drinking. Overall, it appears the man known as “Johnny Football” might “get it” now, and he will play in The Spring League starting March 28 with the hope of NFL teams giving him an opportunity this season. I previously wrote that skill-wise I thought Manziel could make a good starter in the NFL based off what he showed at Texas A&M and during his short time with the Browns. Cleveland probably won’t be bringing him back, but these other teams might give Manziel a second chance in the league if they like what they see and hear from him.

Let’s start with a team that wouldn’t have him as a starter anytime soon but would allow him to learn behind one of the NFL’s best quarterback coaches in head coach Jon Gruden, who happened to absolutely love Manziel coming out of college. Gruden being a fan of Manziel solidified my thinking in that he had the potential to be a very good NFL quarterback, and Manziel himself might appreciate Gruden thinking highly of him enough that he’d head to Oakland to get his career on track. Also, Derek Carr offered support for Manziel, and despite them being in the same draft class, he would be a great example for him to follow. Overall, this seems like the perfect fit.

If Jon Gruden doesn’t end up signing Johnny Football, pherhaps his younger brother Jay Gruden will give the quarterback a shot. The Redskins are set to acquire Alex Smith from the Chiefs when the new league year begins on March 14, and he should be the starter for at least the next two or three seasons. However, Smith will be 34 this May, and Manziel is still only 25 and could be the heir apparent to the veteran. Gruden has made it clear he like the team’s current backup, Colt McCoy, which could complicate things a bit if Manziel won’t be number two on the depth chart, though.

Last year, Sean Payton met with Johnny Manziel during the week of Super Bowl LII to discuss things, and though it might have just been a meeting to give Manziel some advice and maybe help keep his life back on track, Payton probably sees the talent and could have legitimate interest in him as a player. I would say this is the perfect situation, with Drew Brees at 39 years old, but Payton apparently loves a quarterback who is currently on the roster, Taysom Hill. Still, maybe Manziel and Hill could battle for the number two job next season and eventually battle for the starting role whenever Brees retires.

The Giants have the second pick in this year’s draft, and if they take a quarterback with that selection, this probably won’t happen. But if there is no young quarterback for the new regime on the roster (they do have third-round pick Davis Webb from last year’s draft), the Giants could be intrigued by Manziel. We just saw what new head coach Pat Shurmur did with Case Keenum in Minnesota, and Manziel might be able to do similar things but as a more explosive runner.

Adam Gase uses both zone reads where the quarterback can be a runner, as well as run-pass options that Manziel excels at because of his quick release, so the head coach might be intrigued by bringing the former first-rounder into the mix at quarterback. Perhaps Miami isn’t the best place to avoid partying and drinking, but if Manziel is truly 100% focused on football it shouldn’t be a problem.

Obviously, Deshaun Watson is the franchise quarterback for the Texans, but backup Tom Savage is set to become a free agent this offseason, and the team might decide to go in a different direction at that position. He ultimately passed on Manziel in the 2014 draft, but Bill O’Brien did say he believed the former Aggie could play from the pocket, which is what he wants from an NFL quarterback. Manziel would probably love to play in Texas, too.

Jerry Jones really wanted to pull the trigger on Johnny Manziel back in 2014, and he was immediately mad that he didn’t. The Cowboys owner might decide Manziel is worth the gamble at this point, and he might be a bit more aggressive and cavalier with his decision making after he just watched the division-rival Eagles win the Super Bowl. Also, Manziel grew up a fan of the Cowboys and would probably love the opportunity to play for them.

Perhaps more than any team in the league, the Seahawks have no trouble taking a chance on troubled players if they believe it helps their team. Some compare Manziel to Russell Wilson, and with a below average offensive line, it’s probably best to have someone that can run around a bit and make plays when the pocket quickly collapses. A short-term deal where Manziel can sit and watch behind Wilson could help if and when he gets the opportunity to start somewhere else.