Home / frontnfl / Predicting The Quarterback Landing Spots For The 2018 Offseason 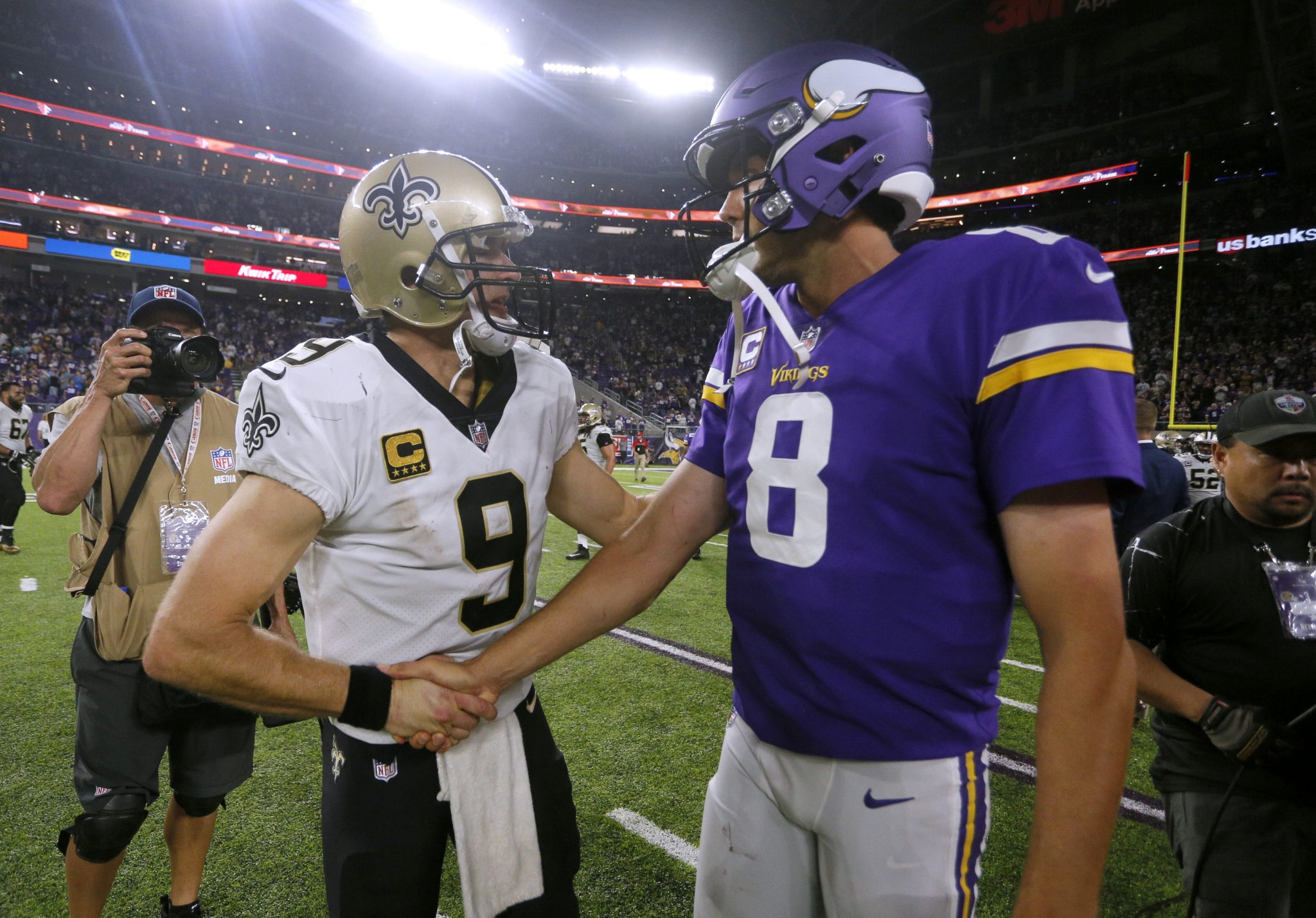 Predicting The Quarterback Landing Spots For The 2018 Offseason


The quarterback carousel will be in full force next month when free agency begins, and we could see more changes than ever at the position. Getting inside the head of each top decision-maker is basically an impossible task, but below are my predictions for the quarterback market this offseason.

Cardinals GM Steve Keim said last week that they “can’t get caught flat-footed” in their quarterback search this offseason, so if they are unable to get the free agent they want, a trade is definitely in play. Nick Foles proved he is a championship quarterback after leading Philly to a win in Super Bowl LII, and I don’t think Larry Fitzgerald came back to catch passes from a rookie. The 15th overall pick could be enough to entice the Eagles for Foles. Also, it’s worth noting that even before the Super Bowl, superstar back David Johnson mentioned Foles in the same breath as Kirk Cousins on NFL Network when asked about the team’s next quarterback.

I would be surprised if Tyrod Taylor is back in Buffalo, and I definitely don’t think Nathan Peterman is the answer for a team that just made the postseason for the first time in almost 20 years. With the 21st and 22nd overall picks in the draft, the Bills have ammunition to move up for whatever quarterback they like. Perhaps they don’t want a California kid to lead a cold-weather team, but there seems to be quite a bit of smoke around Rosen to Buffalo. Josh McCown would give them a perfect mentor whether he makes starts or not.

A.J. McCarron might be hesitant to sign with a team that has two top-five picks after what happened to Mike Glennon last year (and to a lesser extent Sam Bradford in 2016), but his relationship with Hue Jackson might be strong enough to be convinced that if he wins, it won’t matter who the team drafts. Plus, McCarron is a confident guy, and waiting could leave him without a starting job in a loaded market. However, I think the Browns will end up taking Josh Allen’s enormous upside at the top of the draft.

This might not be an ideal fit for John Elway, but if they strike out on Cousins, I think the Broncos and Keenum could both be without a dance partner in free agency. Denver’s defense isn’t what it used to be in my opinion, but offensively, they have one of the league’s best duos at wide receiver and will want to run the ball like the Vikings did in Keenum’s magical season. Remember, the team also has 23-year-old Chad Kelly potentially waiting in the wings.

Blake Bortles is fully expected to be back in Jacksonville next season, but it will be the final year of his rookie contract, and the franchise is still looking for a long-term answer at the quarterback position. I have Jackson as a top-five prospect, so if he’s there at the end of the first round, it could wind up being an absolute steal. The Jags’ young, elite defense paired with a young, dynamic quarterback is a scary thought.

Miami went 11-5 and made the playoffs in Ryan Tannehill’s only healthy season under Adam Gase, but we don’t know what kind of grade the team will have on the handful of quarterback prospects considered to be worth a first-round pick. I’m starting to be more skeptical about Mayfield’s ability to make tight-window throws, but Gase might feel his offense will get guys open and Baker will make the right decision and deliver the ball on-time and in-stride. Miami could get out of Tannehill’s contract with basically no negative cap impact at any time over the next three years, so Mayfield could potentially win the starting job outright and give the team money to spend elsewhere if they choose. That said, I think Tannehill would be able to hold off any rookie competition in 2018.

This could easily be Keenum or Kirk Cousins, but I think the Vikings are in a position to sign the best quarterback on the market (Bradford) and back him up with both an insurance policy and potential quarterback of the future—who also happens the be the quarterback of the past (Bridgewater). The fact that Bradford was never ruled out for the season and then activated for the playoffs says a lot about how the team feels about his talent, but injury concerns aren’t going to go away. As for Teddy, he just turned 25-years-old and might settle for the familiarity in Minnesota knowing that there’s a chance they will need him if Bradford goes down again.

I don’t think the Patriots need to draft a quarterback after trading Jimmy Garoppolo and Jacoby Brissett last year because Tom Brady is still at the top of his game with no signs of slowing down, but it’s probably better to get a potential successor in the building anyway. Western Kentucky’s Mike White reminds a bit of a souped-up Brian Hoyer with a live arm and more size, and he delivers the ball accurately and with good velocity all over the field. Even if Brady plays four more seasons, White could turn into another premium trade chip for New England.

Barring an unforeseen snag in negotiations, Brees will be back in New Orleans in 2018. Chase Daniel is also a free agent, but Sean Payton seems to love Taysom Hill, so they might either re-sign Daniel for cheap or draft someone in the middle/late rounds.

The Giants are perhaps the biggest mystery in the draft with the second-overall pick and needs all over the roster, but I think it will come down to either quarterback or Penn State’s Saquon Barkley. The mental makeup of Sam Darnold could win Pat Shurmur and company over, and they would have at least a couple years to polish his game behind Eli Manning. There might not be a better chance to grab a franchise quarterback without trading a bunch of picks in 2019 or 2020.

The first and biggest domino to fall in free agency will probably be Kirk Cousins, and I don’t think there’s a team that will offer a better combination of money and ability to win than the Jets. I would trust Todd Bowles to right the ship in New York, and Cousins apparently lit up during an ESPN appearance when talking about the team’s new offensive coordinator Jeremy Bates, who comes from the Mike Shanahan coaching tree. Also, I’m not sure it would be something Cousins is interested in, but the Jets could ask about his thoughts on skill-position players that he wants to be surrounded by at running back, receiver, and tight end. The team could also get Tyrod Taylor to back up Cousins, and as we saw in Philadelphia, backup quarterback is one of the most important positions on the roster.

After trading for Alex Smith last month, the Redskins might be content with doing nothing else at the quarterback position, as the veteran is coming off a career year (and Jay Gruden likes Colt McCoy). However, while I don’t think they will draft a signal-caller with the 13th pick, Washington possibly get Mason Rudolph if he’s sitting there on Day 2.