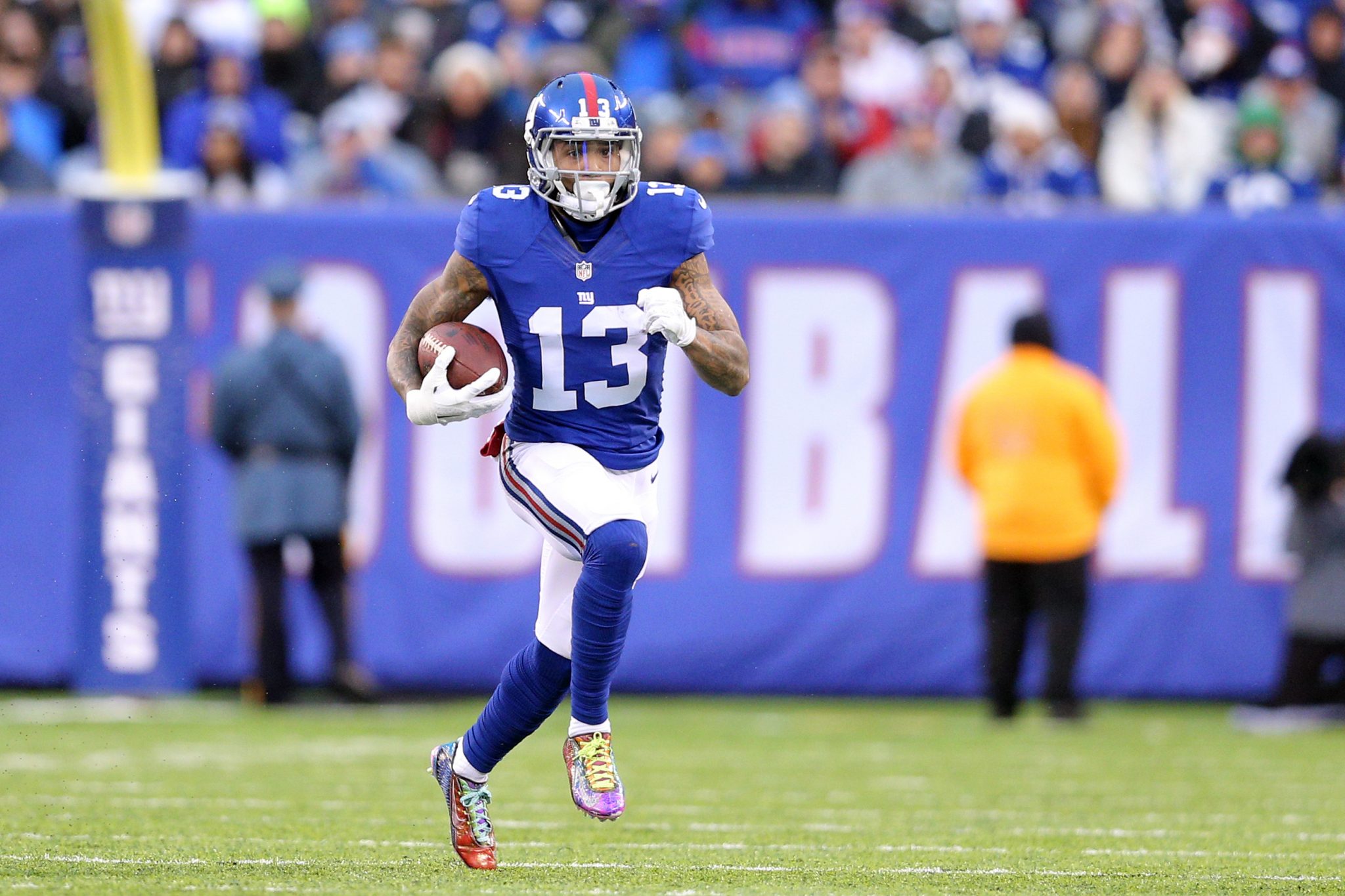 
When the Giants first hired Dave Gettleman as their general manager and Pat Shurmur as their head coach, it seemed like trading star receiver Odell Beckham Jr. was a real possibility. Since then, the talk has escalated to the point where an OBJ trade seems more likely than not. Back when Shurmur was first hired, we went over potential trade scenarios at that time; and judging by the talk surrounding the NFL Annual League Meeting, the compensation from then was very realistic.

In this update of potential trade scenarios for Odell Beckham Jr., there are just slight changes. [Note: This is an attempt to stay realistic. There will not be any ridiculous scenarios like Bleacher Report suggesting the Chargers trade Keenan Allen, a first-round pick, and a fourth-round pick. The Chargers might not even trade Allen for Beckham straight up.]

This is basically the same scenario as last time, but the Giants might have lost some leverage because of the events over the last few weeks: the pizza video, OBJ apparently not willing to take the field without a new contract, and the Giants public stance of him being available. So, the Giants would send back Cleveland a third-round pick (which they picked up in the Jason Pierre-Paul trade) with Beckham in exchange for No. 4 and Houston’s second-round selection (35th overall).

Dave Gettleman has talked about getting players he thinks will wear a gold jacket, and having two top picks—with No. 35 thrown in—would be difficult to pass up. The Giants would be able to draft a quarterback such as Sam Darnold or Josh Allen No. 2 before taking either Saquon Barkley, Bradley Chubb, or Quenton Nelson at No. 4. Having well over $30 million tied up in receiver is not ideal, but the Browns will be able to pull it off given their cap situation and the fact that they’ll be paying a rookie quarterback much less than market value.

The Colts were not big players in free agency because they didn’t like the prices for free agents. So maybe they don’t have any interest after hearing Odell Beckham Jr. wants over $20 million per year. However, maybe Beckham is exactly the type of talent the Colts were waiting to pay for. The trade back from No. 3 to No. 6 with the Jets gave the Colts draft capital to make a move like this. They could give up a few draft picks without it really hurting them, and Cleveland is the only other team with the luxury to do so. Trading a 2019 first-rounder would potentially give the Giants a top-ten pick in next year’s draft, though the Colts probably hope that pick will be in the 20s with a healthy Andrew Luck.

With contract extensions for Aaron Donald and Todd Gurley looming, it’s going to be very tough to keep this already-talented roster together if Odell Beckham Jr. is added to it. However, the Rams appear to be going all in for a Super Bowl right now, and adding OBJ might be a big help. There are obvious concerns about how the locker room will be with so many personalities (there should already be concern), but clearly the Rams don’t have an issue taking risks. This trade isn’t as much compensation as the others, but it might come if the Giants get to the point where they want to deal Beckham and don’t like any other offers.