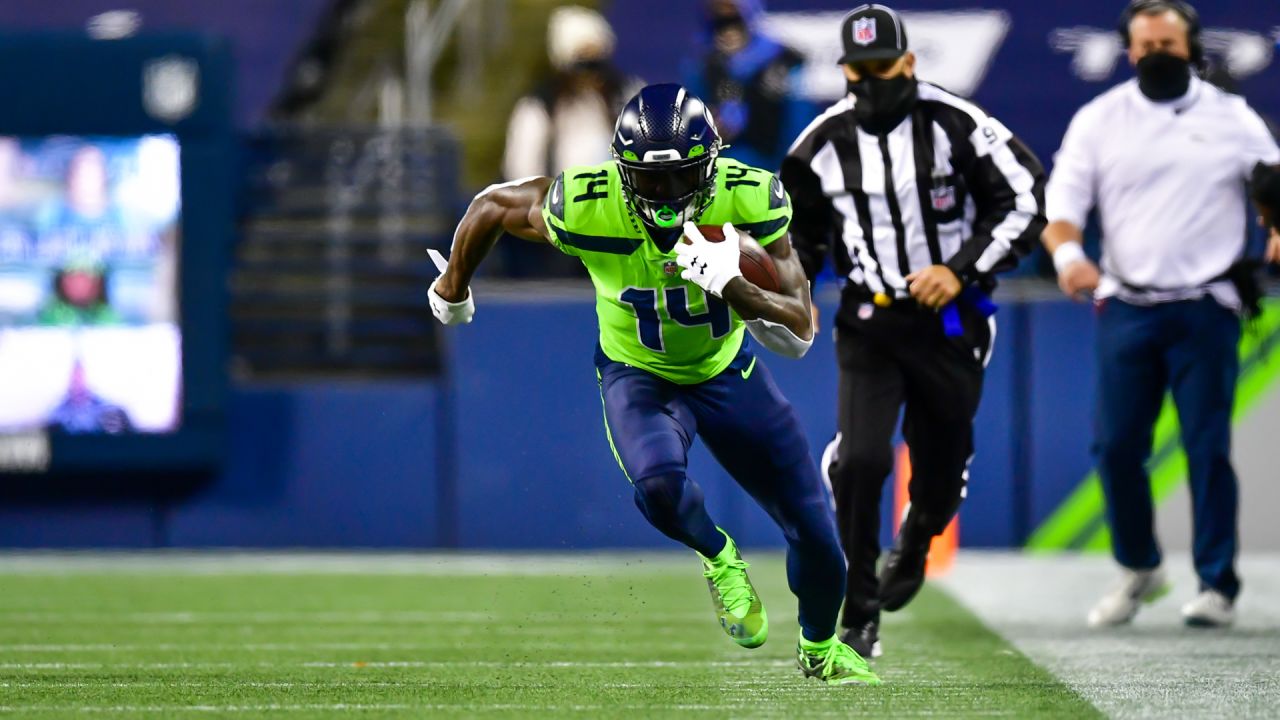 I think everyone should be rooting for the Jets to get a win at some point over the next six weeks if only so Frank Gore doesn’t possibly finish his career with an 0-16 record, but Denzel Mims and Breshad Perriman emerging on the perimeter could be halted by Xavien Howard and Byron Jones.

It will be interesting to see how much Kyler Murray is used as a runner while dealing with a shoulder injury, but the Patriots have struggled against mobile quarterbacks, and Arizona has an underrated defense. New England might need to go 5-0 down the stretch—including games versus the Rams and Bills—if they lose on Sunday.

Teddy Bridgewater (knee) is expected to return this week, but Carolina will still be without Christian McCaffrey (shoulder) to limit their star power, and Minnesota needs to bounce back after a disappointing loss to Dallas. The trio of D.J. Moore, Robby Anderson, and Curtis Samuel will be good measuring stick for the young cornerbacks in Mike Zimmer’s defense.

The Browns are 5-1 with Nick Chubb in the lineup this year, and his yards-per-carry average for each game has been 6.0, 5.6, 5.7, 7.2, 6.3, and 5.7; he doesn’t get the national recognition that others do, but I think a strong case can be made for Chubb as the league’s best running back. Another big day should be coming on Sunday.

Sometimes a team just has another team’s number, and that’s certainly been the case with Indianapolis against Tennessee—as they are 28-7 over their past 35 meetings. However, with DeForest Buckner (COVID-19) out and both sides coming off a hard-fought, overtime win, Derrick Henry could lead the way to get the Titans back on top in the AFC South.

Knowing the kind of mindset that Joe Burrow (knee) has, I fully expect him to beat the timeline for recovery and be ready for Week 1 of the 2021 season, and the top priority for Cincinnati next year needs to be improving the offensive line. For this week, a New York team riding a two-game winning streak should be focused out of the bye with the NFC East obviously within reach.

Justin Herbert versus Josh Allen should be one of the most entertaining matchups in Week 12, and it could be the last game where Buffalo isn’t in primetime (including a Saturday evening in Week 15) for the rest of the year. Sean McDermott’s secondary needs to have some answers for Keenan Allen and Mike Williams to prove they are ready for Pittsburgh and Kansas City in January.

Las Vegas might have been a blown coverage away from sweeping the Chiefs, and Jon Gruden’s offense operating at maximum efficiency should make them very dangerous if they can get into the postseason. If Henry Ruggs III starts connecting on some deep balls to complement Darren Waller and Nelson Agholor, watch out.

I said last week that Los Angeles losing Andrew Whitworth might lead to them dialing up the tempo even more with a quick-strike passing attack, and that’s exactly what happened on Monday night in a huge win over Tampa Bay. Overall, the Rams are a very dangerous team, and they can put San Francisco away this week.

Taysom Hill’s first career start went pretty much as well as New Orleans could have hoped, and the chemistry with Michael Thomas in particular had to be encouraging. Denver could give them a fight if they can play tough and make it a slugfest like they did against Miami, so the Saints can’t be flat on the road based on the Bucs falling behind in the division.

The hype isn’t quite what I thought it might be (perhaps because Tampa Bay is suddenly trying to find their footing on offense), but Chiefs-Buccaneers should still be one of the year’s best games. The key on Sunday will be getting Chris Godwin involved early, and Aaron Donald having a quiet night last week bodes well for the Bucs’ chances of keeping Chris Jones away from Tom Brady—who I’m sure would love to go 3-1 against Patrick Mahomes (including playoffs) with another victory.

Chicago’s pass protection being perhaps the worst in the league makes Mitchell Trubisky a better fit at quarterback than Nick Foles at this point, and I’m a little surprised at the 9.5-point spread in favor of the Packers with the Bears coming off the bye and having played all four matchups close over the past two years (1-3 record). Still, I have much more confidence in Matt LaFleur than I do Matt Nagy, and Aaron Rodgers gets the edge over most signal-callers.

Including the playoff win last season, Russell Wilson is 5-0 against the Eagles, and this will be the worst Philly team he’s faced yet. Another monster game from D.K. Metcalf (7/160/1 in the January victory) would only amplify the mistakes made by Howie Roseman and the current regime—of which there are plenty.

Just looking at things objectively, there is zero doubt that Ravens should forfeit if they can’t play this week. The game needing to be moved out of Week 12 would not only hurt the Steelers by making it an eight-team playoff and eliminating the first-round bye for the No. 1 seed, but it would also benefit Baltimore by adding another playoff team. Plus, Pittsburgh hasn’t had a bye this year. Assuming they play, I don’t see the Ravens beating an angry Steelers team at Heinz Field.