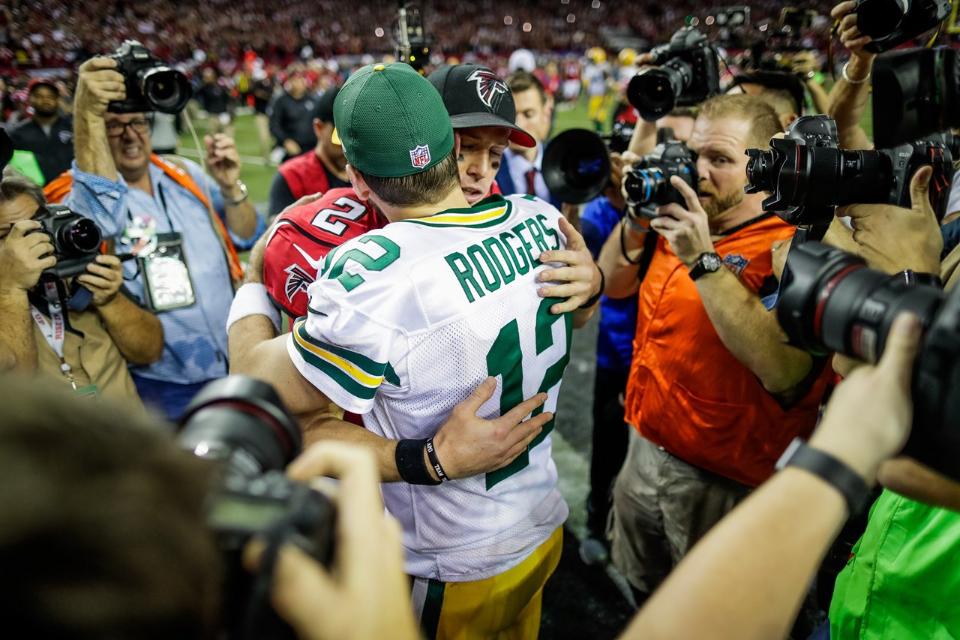 Deshaun Watson will make his first NFL start tonight as two teams with playoff aspirations look to bounce back from poor Week 1 showings; Cincinnati wasn’t even able to score at home against the rival Ravens, and Houston allowed 10 sacks against Jacksonville in a 29-7 loss. Last Christmas Eve, the Texans defeated the Bengals 12-10, and we’ll probably get a similarly low-scoring game on TNF. I like Watson to make enough plays to get his team a win.

The Browns played the Steelers tough at home in the season opener, but the Ravens on the road is a much more intimidating matchup for rookie DeShone Kizer and the offense, which allowed seven sacks to Pittsburgh. If the second-round pick doesn’t get rid of the ball quicker this week, the Ravens will feast with sacks and turnovers after accomplishing a road shutout in Week 1. Cleveland was able to intercept Joe Flacco four times in two games last year, and they’ll need to make some plays this Sunday to have a chance.

I predicted a close game between the Bears and Falcons last week, and Chicago nearly won it, as Mike Glennon led a 16-play drive and was at the five-yard line with eight seconds left before being sacked to end the game. The Bears offensive and defensive fronts should make them competitive this year, but Tampa Bay has had an unprecedented amount of time to prepare for their first game of the season after a Week 1 bye due to Hurricane Irma. As long as Jameis Winston doesn’t make too many mistakes, the Bucs should handle this one at home.

Minnesota’s collapse after a 5-0 start in 2016 was because of injuries to the offensive line, and despite playing for the first time together on MNF, the unit looked really good in the season opener with five new starters up front. Sam Bradford was sensational against the Saints, seemingly quieting all his critics in one night with dime after dime. Traveling to Pittsburgh, Bradford will need to play great again, as stopping Big Ben and company at Heinz Field is a tall task for even the best of defenses. Look for Le’Veon Bell to get more involved after seeing just 13 touches last week, but I like how Xavier Rhodes, Trae Waynes, and Terrance Newman matchup with the Steeler receivers to at least slow them down.

Two explosive offenses will face off in the Superdome on Sunday in what should be a really fun game to watch. New Orleans struggled to put up points against the Vikings, but they should be much better at home after the Patriots just allowed 42 points to Kansas City. Without Brandin Cooks, though, Bill Belichick really only has to worry about Michael Thomas hurting them, and I highly doubt they let Ted Ginn behind the defense after Tyreek Hill did it last Thursday night. Tom Brady should absolutely dismantle the Saints defense after Sam Bradford torched them for 346 yards and three scores, and Rob Gronkowski probably isn’t going to have two-straight quiet games to open the season.

Kansas City looks as dangerous as ever, and Andy Reid—who is exceptional coming off a bye week—essentially has a mini bye after playing in New England last Thursday night. He hosts his former team on Sunday, and the Eagles surely feel like they can go into Arrowhead and win after beating Washington in Week 1. I think we should hold off on the Super Bowl talk for Philly, though, as it was one game against a Redskins team that looked awful (on Sunday and dating back to the preseason) and they could have easily won the game with a late touchdown drive if not for a blown call by the officials. Philadelphia was 1-7 on the road a season ago, so this would be a huge win for them in establishing themselves as serious contenders in the NFC.

I didn’t see Marcus Mariota and the Titans only mustering 16 points against the Raiders, and they’ll face a much better defense this Sunday. That said, while Jacksonville pummeled the Houston offense with 10 sacks, three fumble recoveries, and an interception, they won’t be able to bully the Titans offensive line quite as easily. The Jaguars’ shutdown-corner duo of A.J. Bouye (illness) and Jalen Ramsey (ankle) haven’t practiced yet this week, but I like Tennessee with a significant advantage at quarterback either way.

David Johnson’s wrist injury combined with Andrew Luck’s continued rehab from shoulder surgery really takes the star power out of this game, as the Cardinals look to bounce back from a disappointing Week 1 loss and the Colts attempt to put their blowout defeat behind them. Indy just doesn’t have much talent at all with Vontae Davis also out, so Carson Palmer and the Larry Fitzgerald-centered passing attack shouldn’t have much trouble moving the ball on the road. Also, Arizona’s defense should be much better after allowing 20 points to Detroit in the fourth quarter of the season opener.

Buffalo ran the ball early and often in their Week 1 win, giving new head coach Sean McDermott a victory to start his Bills tenure. Now, he returns to Carolina to face his former team, but they might not have the same success running the ball against the superb Panthers front. Offensively for Carolina, you could see how much Christian McCaffrey opened things up for everyone else, and they should be really good once Cam Newton improves his accuracy as he knocks off the rust from offseason shoulder surgery. I don’t think this is a good matchup for Buffalo, so I like the Panthers at home.

The Jets should play hard every week because Todd Bowles wouldn’t have it any other way, but they have the least talented roster in the NFL, and traveling across country to Oakland and getting a win won’t be easy. Derek Carr had 333 yards and four touchdowns in a 34-20 win in 2015, and Bowles’ defense isn’t close to as good as it was back then. The Raiders should be 2-0 by Sunday night.

These two teams faced off last year in an exciting mid-season matchup that saw the Dolphins come out on top by forcing four interceptions from Philip Rivers in the fourth quarter, including the game-winning pick-six by Kiko Alonso. Rivers should be a lot better in this one for his first home game in Los Angeles, but Miami had some extra time to prepare with a Week 1 bye. Jay Cutler and Rivers have battled in the past and even had some minor “beef” with each other, adding another layer to this one. I think this is right with Patriots-Saints and Packers-Falcons for game of the week, and it could go either way.

San Francisco looked really good in the preseason, but the same can’t be said for the season opener, as they seemed a little overwhelmed in an underwhelming performance. That was at home against a rusty Cam Newton, so I don’t see any way how things will be better on the road—in Seattle—against Russell Wilson and the Seahawks coming off a loss. Kyle Shanahan needs to commit more to the running game (Carlos Hyde averaged 5.0 yards per carry but had just nine of them in the opener) to have any chance of making this a game.

Week 1 proved that coaching matters a lot, and Sean McVay had an immediate impact on 2016 first-overall pick Jared Goff, as he was 21/29 for 306 yards and a touchdown—and could have put up some really gaudy numbers if the game was somewhat close. As I said all offseason, Goff is going to be the real deal with improved coaching, and last Sunday was a great first step. This matchup will be yet another reunion game for Week 2, as McVay faces the Redskins after coaching there since 2010. The new-look Washington offense has a lot of work to do, and making big improvements against Wade Phillips’ defense is unlikely to happen.

The Cowboys handled the Giants on Sunday night with a 19-3 win, but while I think Dallas is the favorite in the NFC East, it was more about New York’s inability to move the ball offensively than anything else. Trevor Siemian is a capable signal-caller with good weapons and a strong running game, and Denver’s defense should be able to take away Dez Bryant and focus on Ezekiel Elliott. With the blocking Zeke has, that’s easier said than done, but I think the Broncos will be able to put up some points on offense to get a win at home.

We are going to have ourselves a game this Sunday night between the Falcons and Packers, as two top offenses battle it out in the first regular-season game at Mercedes-Benz Stadium. Atlanta won 33-32 in the regular season last October in a close game before jumping out to a 24-0 lead at halftime and not looking back in the NFC Championship, which they eventually won 44-21. On Sunday Night Football, I expect a close, high-scoring game with all the offensive firepower that will be on the field, but Ty Montgomery’s emergence as a full-time, workhorse running back will be the difference. This might be the game of the month in September if it lives up to expectations.

Whether or not Odell Beckham Jr. plays on Monday night, this is expected to be a low-scoring game similar to the one these two teams had in Week 15 of 2016 when the Giants won 17-6 at home. Playing again at MetLife Stadium, New York is going to be tough to score against for Matthew Stafford and the Lions. Detroit needs to get Ameer Abdullah the ball more in space to get some chunk plays, as perimeter receivers Marvin Jones and impressive rookie Kenny Golladay might not get much separation against Janoris Jenkins and the other corners. The Lions don’t have a great pass rush, so Eli Manning should have some more time to hit some downfield plays with or without Beckham.