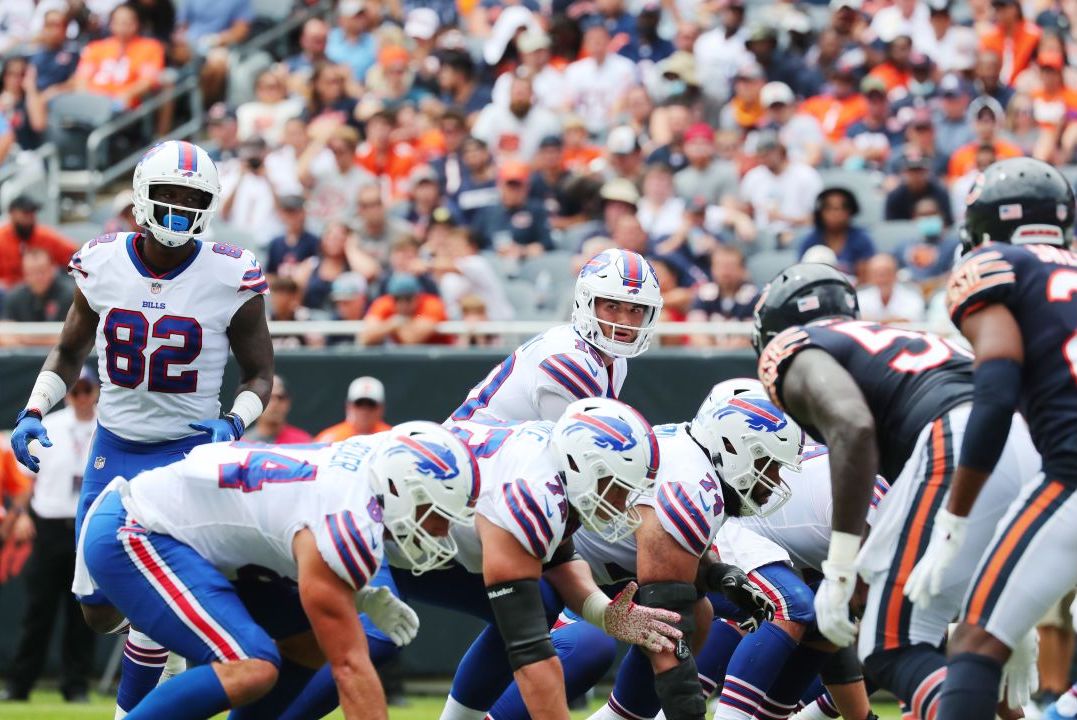 
Mitchell Trubisky’s revenge and concerns about the Urban Meyer era in Jacksonville headline the top takeaways from the second week of preseason action.

Cam Newton was great last Thursday night by completing eight-of-nine passes for 103 yards and a touchdown in a start versus the Eagles; then, Mac Jones was arguably even more impressive off the bench by showing superb pocket movement and accuracy. Bill Belichick has a very difficult decision to make—especially with Newton now away from the team until Thursday due to COVID protocols—and I wouldn’t be surprised if the Patriots decided on some kind of two-quarterback system considering the differing skillsets of the quarterbacks.

Trubisky was very diplomatic leading up to and following Buffalo’s 41-15 win in Chicago—but you know it had to feel good to put up 34 points in the first half against the team that essentially gave up on him. I had a feeling the Bills would come out fired up for Trubisky (and this tweet by Isaiah McKenzie provided confirmation), and he showed tremendous accuracy and decision-making operating Brian Daboll’s offense. Don’t be surprised if the quarterback and offensive coordinator are some kind of package deal when jobs open up for 2022.

Demetric Felton will be a weapon for the Browns

He didn’t make a significant impact in the second preseason game, but Felton seamlessly went from impressing as a slot receiver in the first exhibition to handling nine touches at running back on Sunday. The rookie also has his eyes set on the returner gigs, and he appears to be a roster lock despite lasting until the sixth round of the 2021 NFL Draft. The analytics crowd wrote him off because of sub-par athletic testing, but Felton is different with pads on, and I compared him to Reggie Bush.

Second-year wideout Marquez Callaway has become a star before our very eyes this month—and Sean Payton’s system is a huge reason to believe the offense will be successful no matter who is on the field. Jameis Winston is considered the clear favorite to start under center, which will make the attack even more versatile with Taysom Hill playing the do-it-all role, Alvin Kamara being featured at running back, and Tre’Quan Smith being a perfect downfield fit for Winston’s skillset. Fences have apparently been mended, but it’ll be interesting to see how Michael Thomas is reintegrated if the Saints are having big-time success without him to start the year.

On the flip side of last night’s game, the Jacksonville offense continued to struggle, and Meyer needs to figure something out before the regular season begins. The locker room surely hasn’t brought into a quarterback competition between Trevor Lawrence and Gardner Minshew, so splitting the first-team reps in practice is only going to make it a more difficult transition for the No. 1 overall pick as the team hopes to find their identity. I am all for competition and making guys earn everything, but some of the moves have been questionable; there is no reason that Travis Etienne (now facing an absence due to a foot injury) shouldn’t see action until the second quarter.