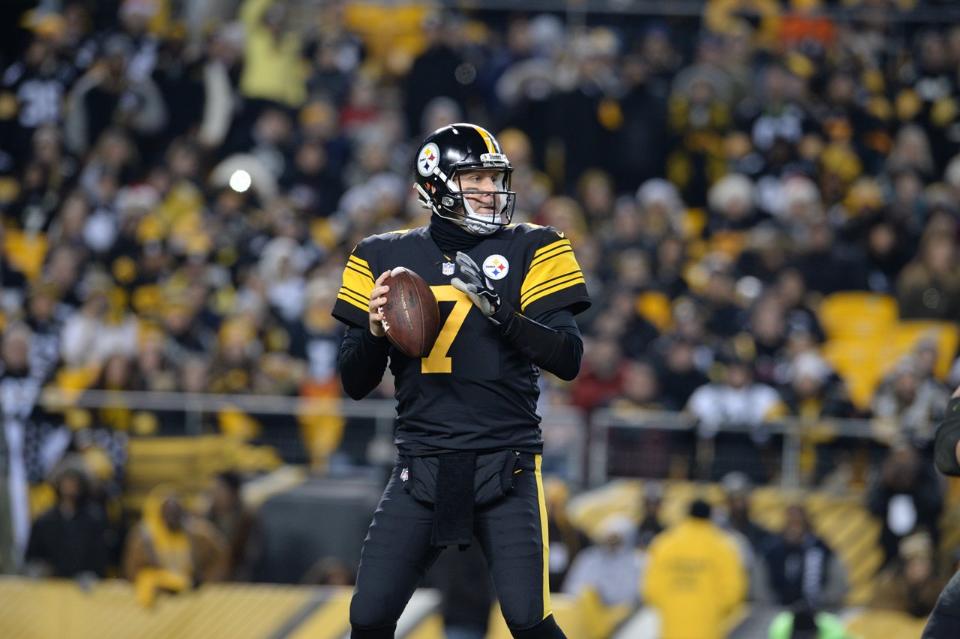 Lost in all the protests during the national anthem was the gutty performance Jordan Howard put on in last week’s win over the Steelers. The second-year back played through a painful shoulder injury, but still put the Bears on his back with 23 carries for 140 yards and two touchdowns, including the game winner in overtime. He also caught five passes for 26 yards (both of which led the team) in what might end up being the best performance of the season by any player. It’s certainly the most underrated one. Howard will need to be similarly heroic to get a win in Lambeau. I like the Packers.

As we saw last week, basically anything can happen in a London game. Miami is coming off a surprising loss to the Jets, and head coach Adam Gase already sounds like he’s considering big changes after doing the same thing in 2016 after a 1-4 start and going 10-1 down the stretch to make the postseason. It’s possible the biggest changes are on the offensive line, which would hopefully lead to more running lanes for the London-born Jay Ajayi. This could turn into a shootout, but I think an impact defender for the Dolphins will make a play at some point. [UPDATE: With Dolphins cornerback Byron Maxwell out, the pick is switching.]

It’s easy to see Texans quarterback Deshaun Watson getting better each week, and in his second career start, he was nearly able to get a win against the Patriots in Foxborough—something no rookie quarterback has ever done. Houston’s defense is actually what’s letting them down right now, as they are allowing nearly 25 points per game. Now, they’ll host a Tennessee team that just scored 33 points against the Seahawks. This could be the start of a great, 15-year rivalry between Watson and Marcus Mariota.

For all the talk about the Jets “tanking,” it was hard not to believe they wouldn’t get a win at some point with Todd Bowles in charge of a defense with some legitimate rising stars on it. It happened sooner than I thought, as they dominated an unfocused Miami team in Week 3, and this could be another game that allows them to try to win in the trenches. The Jags simply dominated the Ravens last Sunday in London, but this one should be more competitive, and Jacksonville is actually on upset alert for me. Still, I’m taking the Jaguars.

It’s pretty amazing that Carolina is 2-1 with how poorly Cam Newton has played, which is probably more than simply rust coming off offseason shoulder surgery. It’s beginning to look like Newton’s 2015 MVP season might have been an outlier, and with Greg Olsen out and Kelvin Benjamin questionable, it’s hard to see him outdueling Tom Brady in New England. The Patriots are likely going to do everything they can to stop Christian McCaffrey in this one after the rookie went for 101 yards through the air in Week 3.

The quarterback position is undoubtedly the most important in all of sports, and the Vikings did a nice job of getting a quality backup in Case Keenum during the offseason. The 29-year-old was shaky in his first start, but he lit up the Bucs last Sunday. With Sam Bradford expected to miss another game, he will try to get a huge divisional win against Detroit. Until last week, Keenum probably played his best career game last season against the Lions when he was 27/32 for 321 yards, three touchdowns and one interceptions in a 31-28 loss with the Rams. Inches from being undefeated, Matthew Stafford has had success against Minnesota, including winning both games in 2016, and he’s currently playing as well as ever.

There isn’t a more surprising 2-1 team than the Bills, and it’s all about defense. Sean McDermott’s unit is the best scoring defense in the NFL, as they’re allowing just 12.3 points per game, and that’s in large part due to the play of rookie cornerback Tre’Davious White. The first-round pick won AFC Rookie of the Month for September, and he’s on his way to a Rookie of the Year campaign if he can continue to impress. Buffalo got a steal with the LSU product, but he’s really going to be tested against Julio Jones this week, though the monster receiver does have a minor back issue. Still, I think the Falcons will have a big game at home.

To be frank, Baltimore was straight up embarrassed last Sunday in London. They return home this week, though, and are seeking a win in their first meeting with the rival Steelers since their playoff hopes were dashed by an Antonio Brown on Christmas Day. Especially with Pittsburgh’s offensive struggles away from Heinz Field, the Ravens should be able to keep it relatively low-scoring, but unless the offensive line somehow improves dramatically for Joe Flacco, I think the Steelers will pick up a tough road win. This could be the week Le’Veon Bell turns on the “juice.”

Hopefully people that aren’t fans of either team in the Ohio-area market have Sunday NFL Ticket to avoid watching this one. If this is your only choice, though it might not be as bad as it looks on paper. The Bengals gave Green Bay a game in Week 3, and new offensive coordinator Bill Lazor’s “Chip Kelly offense”—as CBS broadcaster Tony Romo put it—is fun to watch. Expect a heavily featured A.J. Green and Joe Mixon to provide some fireworks for Cincinnati. As for the Browns, hopefully you’re a Notre Dame fan wanting to see how DeShone Kizer does.

Jared Goff and Dak Prescott might not play in the same division like Dak and Carson Wentz, but the two second-year passers will probably always be compared to each other. Goff has been sensational so far this year, completing 70.4% of his passes for 817 yards, five touchdowns, and one interception while leading the Rams to the highest-scoring offense in the league. Prescott has also played well this year, but the Cowboys will likely pound it with Ezekiel Elliott on Sunday. Fortunately for the Rams, they have their own elite back in Todd Gurley, and I think the passing game build around Sammy Watkins will be too much to handle for a beat-up secondary.

Things have not gone according to plan for the Chargers in their first season in Los Angeles. After two-straight close losses to open the season, Philip Rivers turned it over three times in the first half and could never get going against the Chiefs in Week 3. This Sunday, the stadium might actually be full for their matchup with the Eagles, but only because Philly fans should pack the place. That said, a trip to the west coast will be the most difficult part of getting a road win for the NFC East squad, and it’s unlikely Philip Rivers plays as bad as he did a week ago. I’m not writing off the Chargers’ season yet, but they badly need a win to start October.

Speaking of badly needing a win, the Giants are now 0-3 after their fate was sealed with a Jake Elliott 61-yard field goal last week against the Eagles. The offense finally came alive in the fourth quarter, but Philly was extremely thin in the back end of the defense. Fortunately, New York gets another thin secondary this Sunday, but Tampa Bay’s top cornerback Brent Grimes might return following last week’s loss when he was inactive. Playing at home, I give the Bucs the slight edge, but Jameis Winston needs to take care of the football. [UPDATE: Given the injuries to the Buccaneers defense, the pick is switching.]

Arizona isn’t in quite as much trouble with their slow start because of Seattle’s struggles in the division, but September wasn’t promising for a team that felt they were contenders in the NFC heading into the season. Losing the centerpiece of the offense (David Johnson) has obviously been very impactful, but at least Carson Palmer is coming off his best game of 2017. He’ll try string together two in a row against a well-rested San Francisco team, as Kyle Shanahan is still looking for his first with as a head coach. I think Carlos Hyde needs to carry them similar to what Jordan Howard did for the Bears last week if the Niners are going to avoid 0-4.

These AFC West foes had forgettable performances in Week 3, and the loser of this one is at risk of falling two games behind the Chiefs depending on what happens Monday night. Oakland had a terrible offensive game against Washington in prime time, and they were one of a few teams (including Denver) that seemed to be truly unfocused last Sunday. If Michael Crabtree and Amari Cooper could only combine for 13 yards against the Redskins, it probably won’t be much better against the Broncos. This just looks like a much better offense for the home team, especially with the way they are stopping the run.

If only they could flex games this early in the season… There isn’t much to sell about this one, but I guess there’s always a chance for Seattle to have a sideline blowup with all the huge egos on the team (particularly the defense) if the Colts somehow jump out to an early lead. Objectively speaking, it would be awesome if Jacoby Brissett was able to go into Seattle and get a win, but I doubt it happens. Taking the national anthem protests into account, this might be a historically-low rating for Sunday Night Football.

I’ve been hard on the Redskins since the offseason about their new offensive personnel, but I can’t be critical about the moves made on defense. D.J. Swearinger has provided a fear factor in the back end, while Zach Brown and Jonathan Allen have solidified their front seven. Washington needs to be careful with Travis Kelce, but I think they should be able to stop Tyreek Hill on the outside and might be able to somewhat contain Kareem Hunt. Still, Alex Smith is playing great football, and getting a win at Arrowhead on Monday Night Football is no small task.