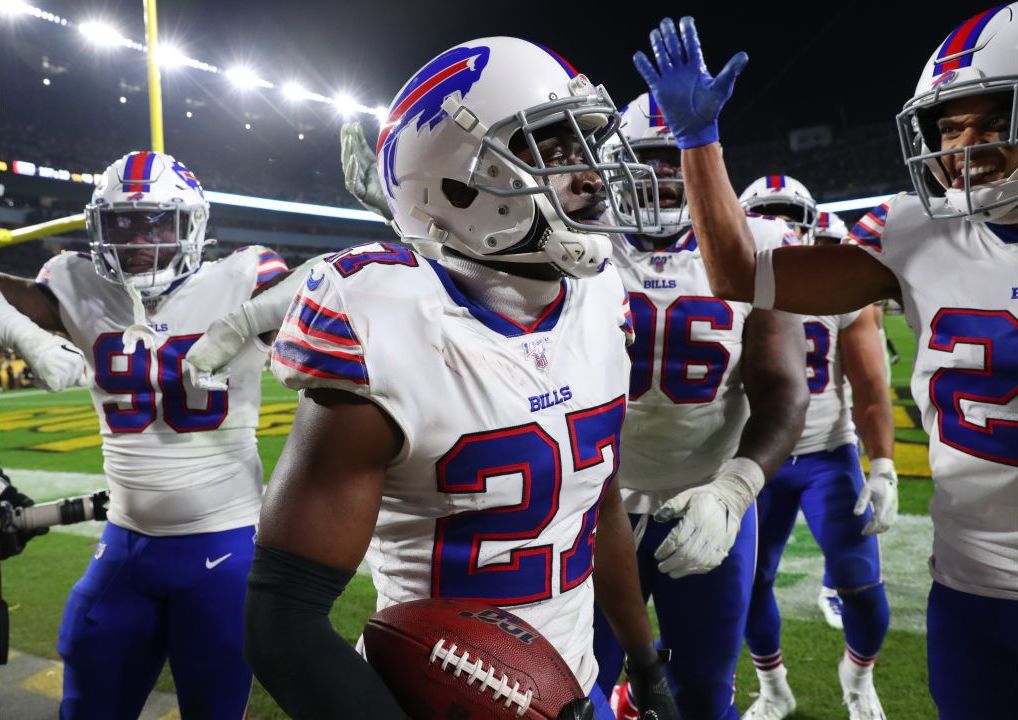 In his first season with the Buccaneers (and as a full-time starter), Barrett became one of the league’s premier defensive players, recording an NFL-high 19.5 sacks as a relentless edge defender in Todd Bowles’ defense. The 27-year-old had previously shown flashes for the Broncos, but he was really unleashed this season with a scorching start (9.0 sacks in September) and finish (7.0 sacks in December) for a unit that also played very stout run defense.

Somewhat quietly, Jones has been sensational since being traded from New England to Arizona prior to the 2016 season, and this is his second All-Pro selection for us over the past three years. As a unit, the Cardinals continued to have their struggles on defense, but they had multiple stretches of strong play, and Jones was a weekly standout in a new scheme. T.J. Watt had a strong case here, but 4.0 sacks and two forced fumbles against the Seahawks in Week 16 gave the nod to Jones.

This season wasn’t an overwhelmingly dominant campaign out of Donald (for his standards, at least) as he attempted to win his third consecutive NFL Defensive Player of the Year award, but the Pittsburgh native was still an easy choice as an All-Pro, and he’s the only player on this side of the ball to be selected every year for us. Donald deals with double teams more than anyone in today’s game, but that doesn’t stop him from making plays on the interior.

He earned an AP All-Pro selection for his work, but during the season, it felt like Heyward was a somewhat unheralded piece for the Steelers as a big reason they were able to stay afloat with stingy defense. Overall, Heyward led all defensive lineman in tackles, and his ability to impact both the run and pass allowed his teammates to clean up ball-carriers or make game-changing plays on the backend.

As also stated last year (after an offseason of turnover in 2018), Wagner remained a constant for the Seahawks, and he arguably became even more consistent in 2019 while helping to guide the team to an 11-5 record. Despite injuries all around him throughout the year, Seattle’s defensive captain—who led the league in tackles—more than did his part to keep the group afloat.

Davis was an all-around playmaker for the Saints this season, and his work defending the pass in particular is what earned him an All-Pro selection. Aside from tying for the lead among linebackers in passes defended (mostly by taking away opposing tight ends), Davis was a timely blitzer with 4.0 sacks and seven tackles for loss. Our selections are made based solely on this past season, but it’s worth noting that Davis is the only player in the NFL with 110+ tackles and 4.0+ sacks in each of the past three years.

The linebacker spots behind Wagner have a lot to do with pass coverage, and no one at the position was better than Kendricks in 2019. The UCLA product was tied with Luke Kuechly (who could have easily been a selection here) and the aforementioned Davis in passes defended—with the most important one being the game-winner as Minnesota picked up a huge primetime win over Dallas in November. Kendricks plays with top-tier instincts and very good athleticism.

The only cornerback in the league to not allow a touchdown this season, White is a legitimate superstar, and it’s a shame it took team success from the Bills for him to finally get national recognition. Unlike some other top corners, White often travels with the opponent’s No. 1 receiver (even into the slot at times), and he was tied for the league-lead in interceptions while continuing to make clutch plays late in games.

Gilmore is another corner that can erase an opponent’s top receiver in shadow coverage, and he’s been the ultimate defensive weapon for Bill Belichick’s defense since joining the Patriots. Whether it’s man or zone coverage, Gilmore always puts himself in position to make the play, and nearly flawless fundamentals helped him lead the league in interceptions and passes defended.

After losing by 46.0 points per game in the first two weeks of the season with Miami, Fitzpatrick was traded to the Pittsburgh and immediately made them a contender in the AFC playoff race following an 0-3 start. The former first-round pick did it all for the Steelers, and when he was in the lineup, they allowed just 17.3 points per game and complied an NFL-high 38 takeaways (across all 16 games). Fitzpatrick’s blend of intelligence, range, and size is rare for a safety.

The Chiefs needed some time to gel as a defensive unit, but Mathieu performed like an All-Pro all year in a do-it-all role under Steve Spagnuolo, and it led to a throwback season for the versatile safety. Still just 27, the “Honey Badger” hadn’t recorded more than two interceptions or double-digit passes defended since 2015, but his presence in the secondary helped Kansas City play extremely stout coverage down the stretch.

In the second season removed from a torn Achilles that ended his Seahawks career, Sherman looked like the shutdown cornerback that led the Legion of Boom earlier this decade, and he made quarterbacks think twice before testing his side of the field for a stingy San Francisco defense. He doesn’t travel like a White or Gilmore (and was helped by a feared defensive line), but Sherman is the best at what he’s asked to do for the top-seeded Niners.