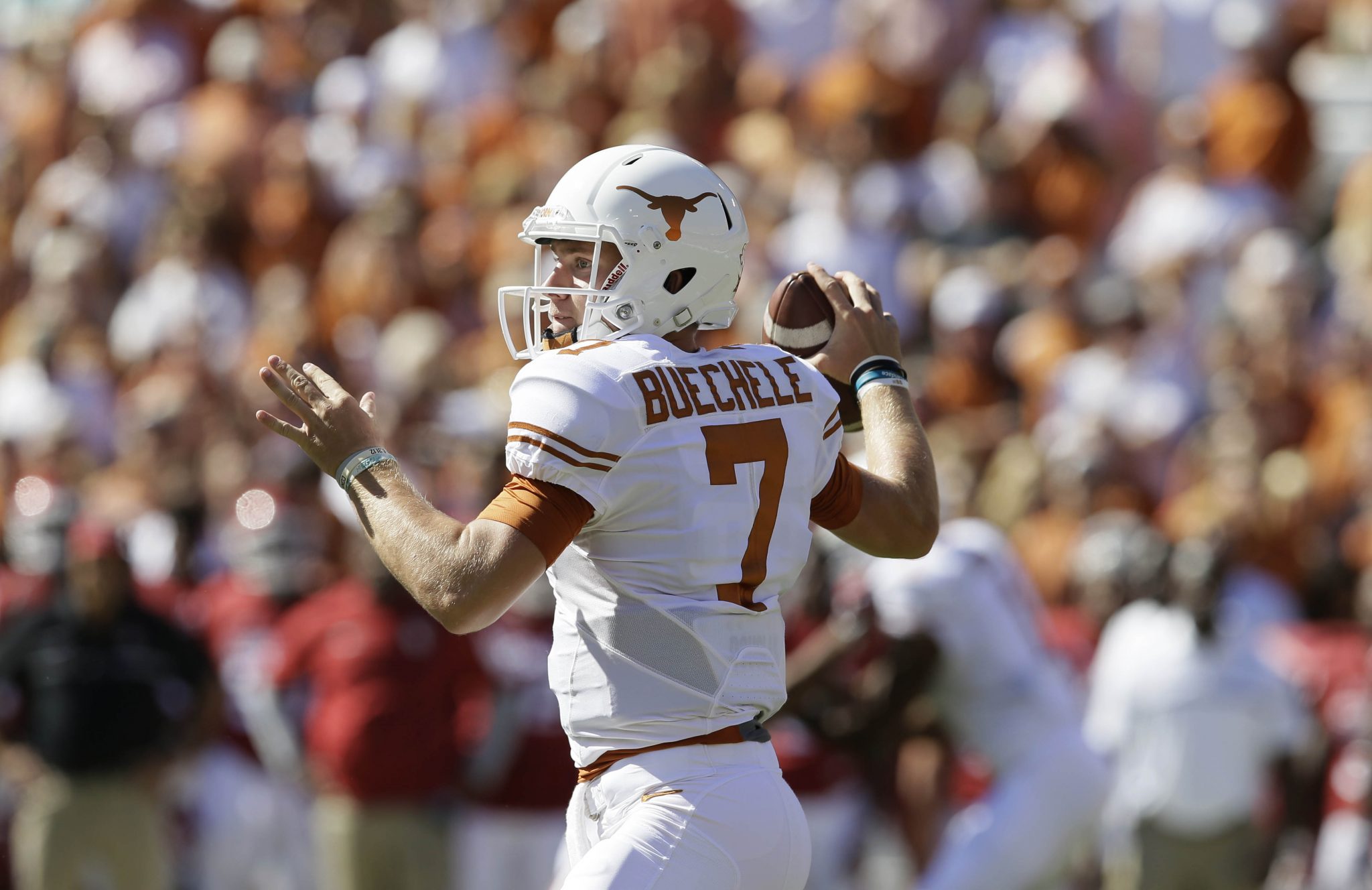 
A couple of the first few players on the 2018 Heisman Trophy candidate countdown are likely to be in quarterback competitions heading into this season, and that continues today with Texas quarterback Shane Buechele. Here is the Heisman countdown to this point:

If you look at Shane Buechele’s numbers from his sophomore season last year, you wouldn’t expect him to be a Heisman candidate in 2018. But about 12 months ago Buechele was considered a darkhorse for the award.

He’s now entering his junior season, but a couple years ago Buechele became the first true freshman quarterback to start the first two games of the season for Texas. Buechele couldn’t have gotten off to a much better start, as he lit it up in an upset victory over No. 10 Notre Dame, then tossed a true-freshman-record four touchdowns the next week against UTEP. His play dropped off after the hot start, but clearly, Buechele has a lot of talent as a thrower—and he can put up some numbers. The young signal-caller has been through some downs after two seasons, but it was great experience and he should be a better player for it. Playing for a program like Texas should give Buechele a boost in the Heisman race.

Last season, Buechele battled injuries and had to share playing time with freshman Sam Ehlinger, which showed in the numbers (just nine total touchdowns in nine games). If Ehlinger cuts too much into Buechele’s playing time, or even wins the job outright, he won’t have much of a chance to win the Heisman. Also, the Longhorns haven’t lived up to program expectations over the last several seasons, so a turnaround would have to happen.

Buechele needs to win the starting job convincingly and take control of running Tom Herman’s high-potent offense. Texas must compete for a Big 12 title and become one of the top offenses in college football, with Buechele getting around 450 pass attempts with great efficiency.