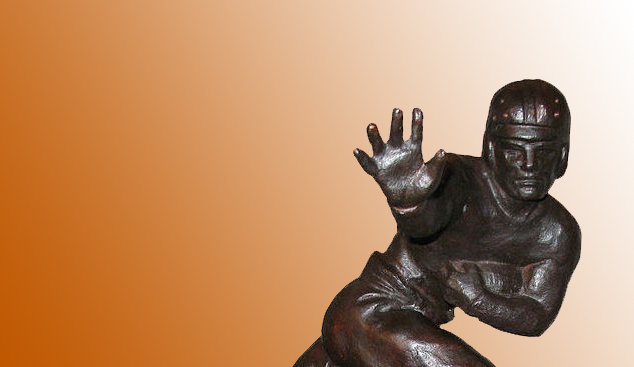 
Incumbent starting quarterbacks have ruled the early part of the 2019 Heisman countdown, which continues today with a starter from the Big 12 conference.

Sam Ehlinger took control of the quarterback job for the Longhorns last season, and he enters 2019 with high expectations and a couple of years of experience under his belt.

Ehlinger put up very good numbers for Texas last season, throwing 25 touchdowns compared to just five interceptions while adding 16 rushing scores—his 41 total touchdowns arguably should have led to more Heisman consideration last season, but Ehlinger didn’t finish in the top ten of the voting. Texas head coach Tom Herman is entering his third season at the helm, so his players should be as comfortable as ever in his offense, including six-foot-six target Collin Johnson returning for his senior season. Ehlinger progressed as a passer last season, and he should show more progress in 2019. Big 12 defenses allow for big passing numbers, and the schedule doesn’t look too difficult for the Longhorns. Ehlinger will have an early-season opportunity for a statement game against LSU, and it comes at home for Texas. He’s received comparisons to former Heisman Trophy winner Tim Tebow for his playing style.

The Texas offense doesn’t shy away from calling Ehlinger’s number at the goal line, but 16 rushing touchdowns might be difficult to replicate. The Longhorns are still talented, but they lost receiver Lil’Jordan Humphrey, who led the team with 86 receptions for 1,176 yards and nine touchdowns last season, to the NFL. He’ll likely need to put up really monstrous numbers—like Baker Mayfield and Kyler Murray did the previous two seasons—to win the Heisman in an offense-slanted conference.

Ehlinger must continue to make strides as a passer while putting up higher touchdown totals through the air, rushing for double-digit scores again, and leading his team to the College Football Playoff.