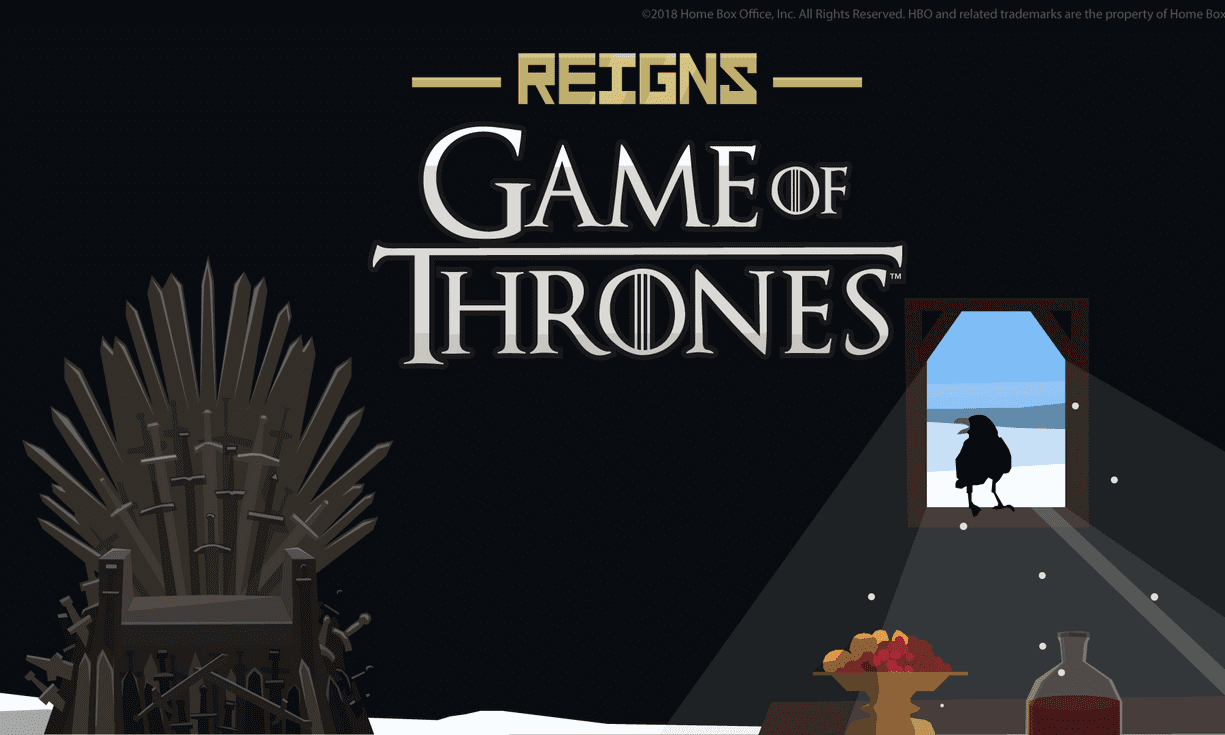 
Nearly one year after the release of the “Games of Thrones: Conquest” mobile game, another mobile game based on the hit HBO fantasy series is here. “Reigns: Game of Thrones” is now available on the App Store, Google Play, and PC.

From Nerial, Devolver Digital, and HBO, “Reigns: Game of Thrones” takes the immense world created by George R.R. Martin and turns it into an in-depth card-swiping game with your favorite Game of Thrones characters and settings.

Previous games, “Reigns” and “Reigns: Your Majesty” are both widely praised by critics and fans, with both games receiving five stars on the App Store and “Reigns” being named an Editor’s Choice.

The description of the game states in part:

Reigns: Game of Thrones is the heir to the award-winning HBO TV series Game of Thrones and the smash-hit swipe ’em up series Reigns from Nerial and Devolver Digital. Through the fiery visions of Melisandre, claim the Iron Throne as Cersei Lannister, Jon Snow, Daenerys Targaryan, and more to carefully navigate the complex relationships and hostile factions of the Seven Kingdoms. Employ ruthless tactics to outwit political rivals and wield impervious charm on your nickel bannerman. Maintain the balance and favor the people to extend your reign and maybe, one day, survive the horrors of the coming winter.

“Reigns: Game of Thrones” includes the series’ epic soundtrack by Ramin Djawadi, and you can play out alternate Westeros storylines to create new adventures within the universe.

The mobile game will help some people get their GoT fix as they wait for the final season to air sometime in 2019. During the final long winter, you can also check out the first glimpse of footage from Season 8, along with our Game of Thrones family trees (with spoilers through Season 7 and without spoilers).

“Reigns: Game of Thrones” costs $3.99 and is available for download today.