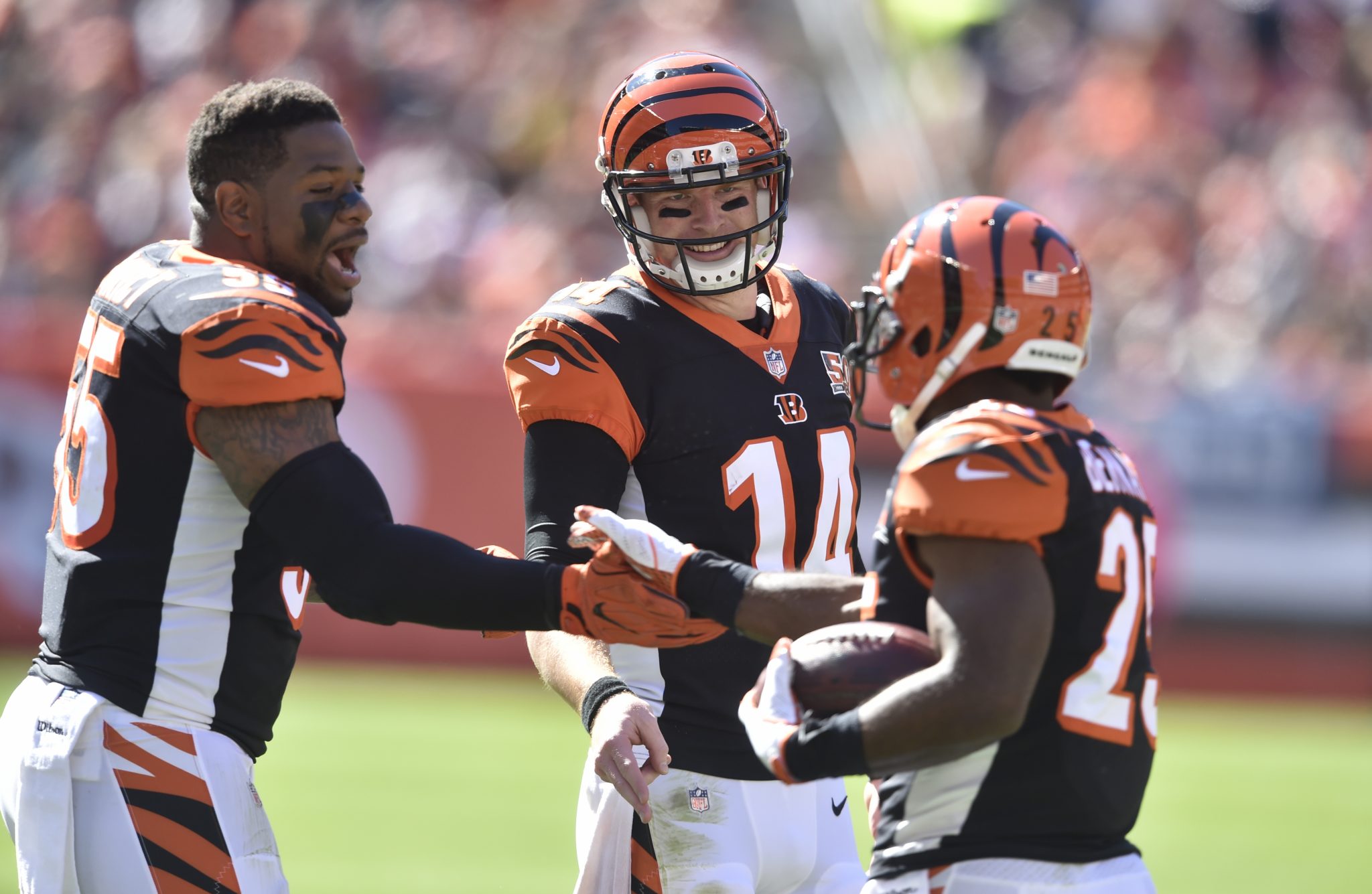 
One huge move was already made, with the Steelers agreeing to trade Antonio Brown to the Raiders, but there’s a long offseason ahead for the entire AFC North.

The Ravens will already have to replace one starter after releasing Pro Bowl safety Eric Weddle, but I think they might have an in-house replacement in 2018 sixth-round pick DeShon Elliott, who fractured his forearm during the preseason but could’ve been a Day 2 pick last year in my opinion. Baltimore’s defense is always stout, but ideally they won’t have to replace C.J. Mosley and Terrell Suggs, too. The Ravens are probably letting Mosley hit free agency (instead of giving him the franchise tag) while hoping they can lock him up long-term after he gauges his value from other teams.

Baltimore’s receiving corps is going to be revamped—impending free agent John Brown looks unlikely to return and Michael Crabtree was released, leaving a couple of holes. The franchise has struggled to get consistency at receiver year-to-year the past few seasons, but the position probably won’t be as important with Lamar Jackson at quarterback instead of Joe Flacco. The team can throw a rookie or two in the mix to compete with Chris Moore, Jordan Lasley, and Jaleel Scott for big roles on the outside while Willie Snead handles the slot.

Develop Lamar Jackson as a passer

While the Ravens are going to be a run-heavy football team with the quarterback being used often on designed runs, it’s still important that Lamar Jackson makes strides as a passer leading up to next season. A full offseason as the starter will certainly help, and he should have confidence after he was able to use his arm to help bring the Ravens back and make it a game in the Wild Card Round loss to the Chargers in January.

John Ross was reportedly being shopped at the NFL Combine, but the Bengals came out with a pretty strong denial the next day, saying that they have no plans to trade the ultra-fast receiver. Ross has a ton of upside as someone with true world-class speed that’s not just a one-trick pony—he had seven touchdowns despite not making many big plays down the field last season—and he could really break out in new head coach Zac Taylor’s offense.

This new regime will likely want to establish a new culture, and that could mean parting ways with a volatile player like Vontaze Burfict. It might be difficult to get solid trade value in return for Burfict—I was going to suggest trading him to the Raiders because Jon Gruden is a fan of Burfict, but that might be tough with nemesis Antonio Brown now in Oakland—but the Bengals should consider cutting him if necessary.

Tyler Eifert, Tyler Kroft, and C.J. Uzomah are all set to become free agents on Wednesday, and there’s a chance one or two of them are retained—re-signing Eifert on a low-cost deal and hoping he finally has some better luck injury-wise could become a major value. Ultimately, the draft might allow Taylor to hand-pick a No. 1 tight end for his offense, as there are few guys that might be able to immediately start as rookies.

Kareem Hunt’s signing, which was a huge surprise considering Nick Chubb looks like a future superstar after a stellar first NFL season, gives the Browns an obvious logjam at running back. Hunt might not be on the field for several games or more, as he’s certain to be suspended by the NFL for hitting a woman, but the team can be comfortable moving Duke Johnson Jr. in a trade—they could likely get a mid-round draft pick or a fringe starter in return, and Chubb can shoulder most of the offensive load until Hunt hits the field.

The offseason hasn’t officially started, but the Browns have already taken a step back here after agreeing to send guard Kevin Zeitler to the Giants for defensive end Olivier Vernon. They’ll be looking for last year’s second-round guard Austin Corbett to take control as a quality starter, but competition can still be brought in to solidify depth behind the starting five protecting Baker Mayfield.

A few of Cleveland’s receivers have shown flashes the last couple of seasons, and one of them might emerge as a clear starting option for 2019. However, as I’ve gone over in a couple other division offseason previews, there are several monstrous-like receivers (size-wise) available in this year’s draft. D.K. Metcalf or Hakeem Butler could be perfect at pick No. 17.

Pittsburgh should be comfortable with JuJu Smith-Schuster as an elite No. 1 wide receiver, and James Washington has the ability to take over as the No. 2 option despite just 217 yards and one touchdown as a rookie last season; but it’s important for the team to add a third guy that will push Washington for a starting job in two-receiver sets. Washington should get better with someone on his heels, and Ben Roethlisberger will still want to spread things out with four- or five-receiver formations on occasion even with AB out of the mix.

Add more depth on the interior

2018 third-round pick Chukwuma Okorafor, who could have easily been selected as a high second-rounder, should be able to take over for Marcus Gilbert, who is set to be traded to the Cardinals, so the Steelers are set with five above average starters on the offensive line. Defensively, it’s a similar situation: three clear starters up front in their 3-4 alignment. The team should be very happy with its starters, but both sides of the ball need more depth on the interior.

The Steelers tied for the league lead in sacks last season with 52.0, so the defense has dominant potential if the cornerbacks play better. Despite entering his fourth NFL season, former first-round pick Artie Burns will turn just 24 in May, and he still has upside if he can flip the switch and gain more confidence. Either way, Pittsburgh must add more to the position this offseason—a pro-ready guy like Georgia’s Deandre Baker falling to No. 20 in the draft would be perfect.