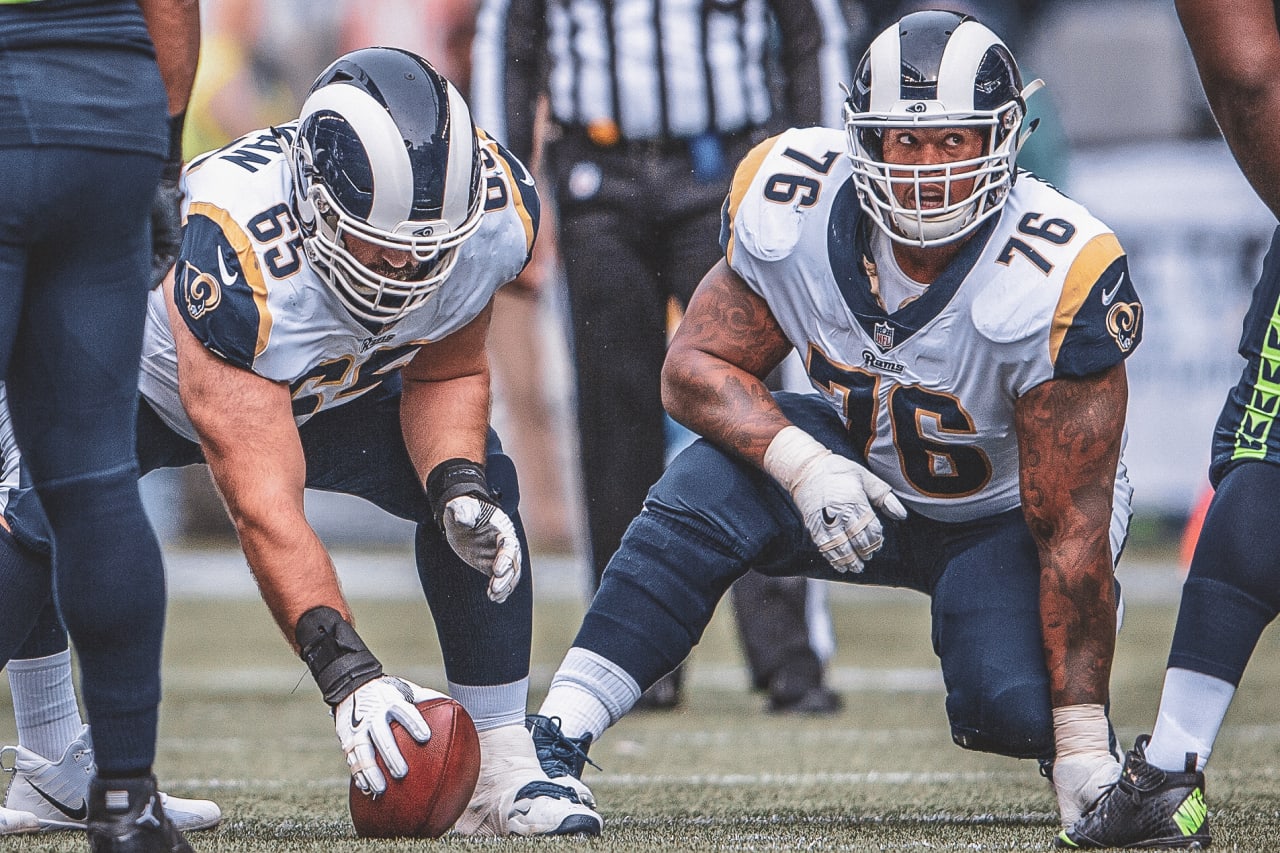 
Following up the QB/RB and WR/TE fits from the past two days, it’s time to get in the trenches. Here are my best team fits for the notable free agents on the offensive and defensive lines.

The Patriots were basically able to steal Trent Brown from the 49ers last year for a Day 3 pick swap, and he ended up starting all 19 games at left tackle as the team won their sixth Lombardi Trophy. However, New England has 2018 first-round pick Isaiah Wynn (Achilles) returning to likely man the blindside, so it’s unlikely that they would hand a long-term deal to Brown. If that’s the case, Cleveland would be a great landing spot as an up-and-coming team with a hole at left tackle.

It’s not a particularly strong free agent class at receiver or tight end, so getting Daryl Williams would allow the Bills to target more skill-position players in April as they build around Josh Allen. The 26-year-old showed admirable toughness last season when he returned from a dislocated right patella and torn MCL in training camp to somehow suit up for the opener, but he unfortunately was placed on IR after one game. In Buffalo, Williams—a Second-team All-Pro in 2017—would significantly boost one of the worst units in the NFL.

Philadelphia could be an option for the Penn State product if they decide to move on from Jason Peters, but I think staying in Tampa Bay is probably the best move for Donovan Smith. Not turning 26 until July, Smith has proven himself as an above-average left tackle, and the protection he provides for Jameis Winston (or whoever lines up under center) will allow Bruce Arians to dial up downfield shots. Re-signing Smith gives the Bucs their offensive core for the next five years with him, Mike Evans, Chris Godwin, and O.J. Howard.

The Rams will probably attempt to bring Rodger Saffold back for 2019 and beyond, but their cap situation might make it tough. Plus, the team might simply want to get younger and cheaper on the offensive line to retool around their franchise quarterback and franchise running back, both of whom are still just 24. In Minnesota, Saffold would get the money he deserves and a chance to compete for a championship on a hopeful contender that’s desperate for help up front.

All the drama surrounding Antonio Brown and Le’Veon Bell will have the Steelers looking a lot different in 2019 when it comes to star power, but their top offseason priority needs to be making sure things don’t change on the offensive line. Ramon Foster is a key cog in what I think is the best group in the league, and the Steelers shouldn’t miss a beat on offense if he continues opening holes for James Conner.

The Titans rushing attack didn’t get going until December, but Quinton Spain and the rest of the offensive line obviously weren’t to blame for Derrick Henry seeing just 10.7 carries per game from September to November. When Tennessee finally fed their monster runner over the final five games of the season, Spain was able to bully people at left guard, and the team would be wise to bring him back as an excellent starter alongside Taylor Lewan.

I thought Buffalo would be a great fit for Matt Paradis, but their signing of Spencer Long to a three-year, $13-million deal yesterday probably takes them out of the running here. That means the Ravens would have one less bidder for the 29-year-old if he’s on their radar, and building a starting five of Ronnie Stanley (LT), rookie (LG), Paradis (C), Marshal Yanda (RG), and Orlando Brown (RT) is certainly a quality way to protect Lamar Jackson and open some holes in the running game.

The Falcons want to take care of family business by locking up Grady Jarrett and restructuring Julio Jones’ contract to likely make him the highest-paid receiver of all-time, but the best fit for the former might actually be in the AFC West. Jarrett would be the perfect defensive tackle to put inside on a line that includes Joey Bosa and Melvin Ingram on the outside, as the Chargers would then have a trio of impact, three-down defenders up front to get after Patrick Mahomes in the division (and Tom Brady in the playoffs).

Even if both guys have toned it down in recent years, defensive coordinator Gregg Williams and five-time All-Pro Ndamukong Suh on the same team would be like two great wrestling heels finally joining forces for a tag team match. Of course, this might be a long shot if the Jets end up spending big money on Le’Veon Bell—not to mention the fact that they’re in prime position to draft a blue-chip defensive tackle at No. 3 overall in the 2019 NFL Draft—but they should have enough cap space to get a little silly, and it’s worth noting that Adam Gase was complimentary about Suh’s time in Miami following his release last year.

He is coming off a solid campaign in 2018, but due to a stacked group of draft prospects on the defensive line, Sheldon Richardson might struggle to do much better than he did last offseason when he signed a one-year, $8-million contract with the Vikings. Carolina is said to be implementing some 3-4 alignments in 2019, so Richardson would be a versatile interior player that has experience in both even and odd fronts.

Denver is down a mid-round pick following the reported trade for Ravens quarterback Joe Flacco, so free agency might be the best place to find a nose tackle for Vin Fangio’s defense. Danny Shelton didn’t become a big-time difference-maker in one season with the Patriots, but he’s still a young player with championship experience that can further improve a Broncos run defense that made strides in the second half of 2018.