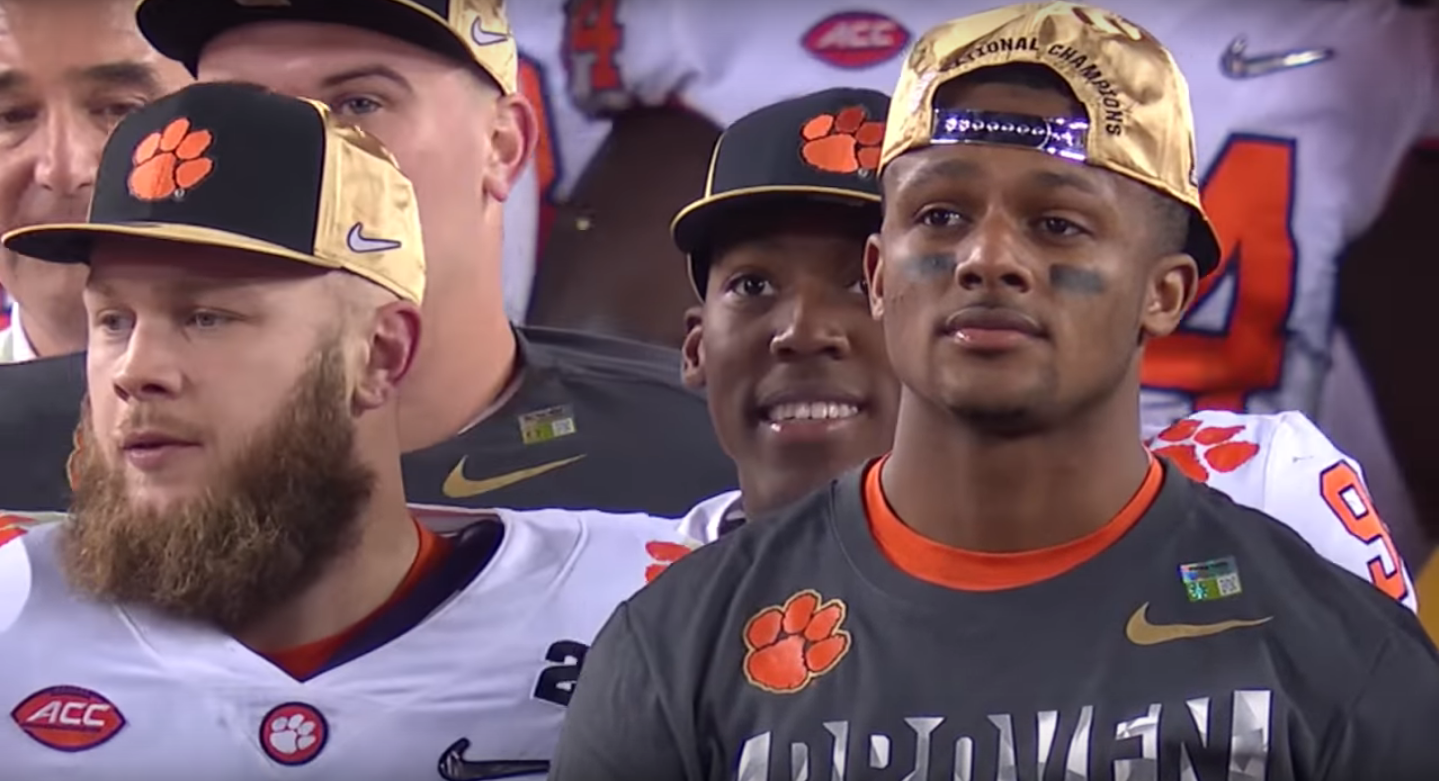 Deshaun Watson Is The Best Player In The 2017 NFL Draft


There has been much talk and debate about who the best quarterback in the 2017 NFL Draft is. Nothing against Mitchell Trubisky, Patrick Mahomes II, and others, but I believe the answer is obvious.

Deshaun Watson is the best quarterback in the 2017 NFL Draft.

Not only that, but I think Watson is the best overall player in the entire draft. This is a stacked draft, but Watson’s on-field performance, skillset, and mindset all make him the top player in the draft to me.

It’s no secret quarterback is the most important position in sports. Most of the time, they are the leader of the team—whether it be a vocal leader, leader-by-example, or a mix. As a quarterback, Watson is a player that can come in and completely change your team.

At Clemson, he took the program to another level—going an astonishing 32-2 in games he started and finished as the starting quarterback, while leading the team to two national championship games and an epic win over Alabama in the final game (in the final seconds) of his college career.

As he showed numerous times throughout his college career, Deshaun Watson plays his best when the lights are bright. Bottom line: he is a winner.

The projections by the media mostly have Watson well-outside the top ten picks. I firmly believe he’ll be a top five pick—he’s just too good; he’s proven it on the field. If teams do end up passing on him, it’ll probably just add to the chip on his shoulder—something that most of the greats have.

Around a year ago, Watson was considered a premiere NFL prospect. He would have been an obvious top five pick, if not the first overall pick in the draft. Of course, he wasn’t eligible for the draft as a true sophomore (and he might have wanted to stay in school anyway).

So, Watson came back and had another outstanding season, including a second-place Heisman finish and the legendary national championship win against Alabama. Why on earth is he not considered a top prospect after that?

In the media at least, it appears Deshaun Watson has been passed over by other quarterbacks. Watson has felt like he’s had a chip on his shoulder after twice getting passed over for the Heisman Trophy.

I do, I do. I feel like, you know, all the hard work I put in, I don’t really get recognized as much as others. But I always have a chip, regardless of how big the success is.

The chip appears to be growing, with Watson saying not being the first quarterback selected after all that he’s accomplished on the field would be a “slap in the face.” He’s not arrogant, but he’s confident.

I honestly do not think he’ll have to wait to have his name called tonight. As I’ve previously written, Watson headlines the list of players that are held in higher regard within the NFL than they are in the media (Christian McCaffrey being another, but it seems the media is now valuing him as a top ten player for the most part).

Alabama head coach Nick Saban had more great things to say about Watson, just recently on the red carpet before the draft saying:

“I don’t know why anybody would have any reservations about him being a dominant pro player.”

Some criticisms of Watson include “he doesn’t throw with enough velocity” and “he throws too many interceptions.” All you need to do is look at Watson’s play on the field. Before last year’s College Football Playoff, I broke down why I believe Watson can be a great quarterback in the NFL.

Obviously, he did nothing to change my mind after his wins over Ohio State and Alabama to get Clemson their first national championship since 1981.

A word used to describe Watson by many people is “special.” He’s not only a great player, but he’s also a great person. Dabo Swinney, Nick Saban, and Sean Payton—three great coaches that have raved about Watson and would all want him on their team.

And I know I would too.