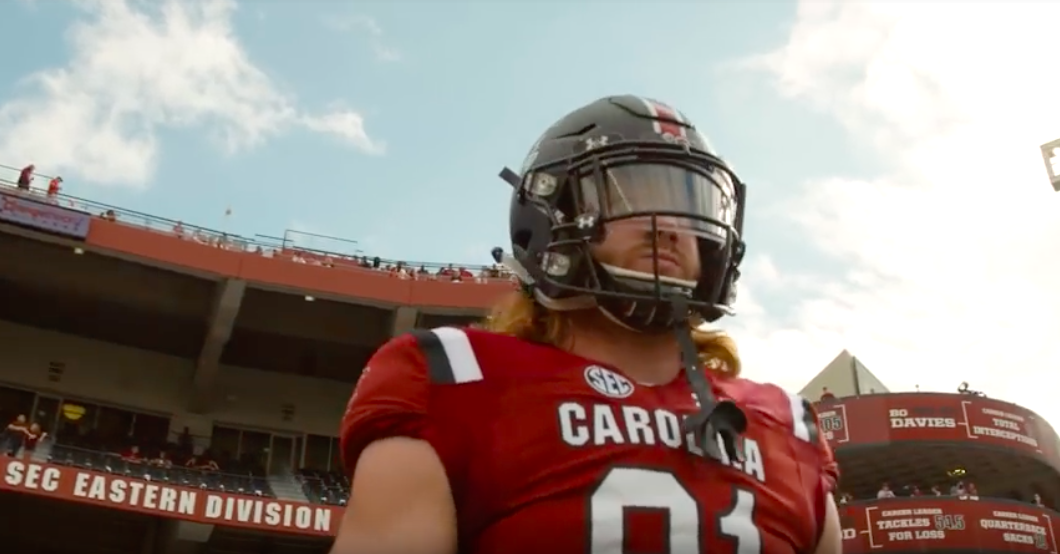 Teams looking for the next Jimmy Graham should have their sights set on Mike Gesicki out of Penn State. Gesicki has a tremendous catch radius with long arms, a six-foot-six frame, and exceptional ball skills, which is basically describing Graham. If he ends up with an elite offensive mind like Graham did in New Orleans, Gesicki could quickly become a top-end receiving threat at the next level.

Hurst will be a little old for a rookie as he turns 25-years-old in August, but he’s still worth considering as a first-round pick this spring. The former professional baseball player is almost a carbon copy of Greg Olsen as a natural receiver at the position with above-average speed.

With close to 1,000 receiving yards in 2017, Mark Andrews was Baker Mayfield’s top target over the middle for the Sooners explosive offense. Andrews is able to use his intelligence, quickness, and soft hands to be a consistent target and security blanket in a very similar way that Jason Witten does. Both are also big-bodied athletes that can simply box out defenders to catch everything thrown in their direction.

It’s difficult to evaluate Dallas Goedert because he played at the FCS level, but he dominated his competition and make some spectacular plays in the process. Goedert can make a one-handed catch look like nothing, and he got open at will with a combined 164 receptions for 2,404 yards, and 18 touchdowns over the past two seasons. Remember, Antonio Gates didn’t even play college football, but he and Goedert are the same size with very comparable traits.

Fumagalli isn’t the same level prospect as Zach Ertz in my opinion, but I think the Wisconsin product brings some similar things to the table. Ertz isn’t a burner (4.76 40-yard dash), but finds a way to get open with smooth route running, and Fumagalli is more advanced as a blocker, but Philadelphia’s former second-round pick has improved in that area over the years. If Fumagalli can make the same strides as a receiver, he could turn a very good starter in the NFL.

This comparison isn’t just because the two have arguably the best names in the business, but I did have a difficult time picking a comp for Wolf. Both James and Wolf are great athletes for their size, and the Tennessee product could become a threat working the seams in the league like James has been for the Steelers.

As soon as I started watching Chris Herndon, I immediately thought Charles Clay. The rookie-to-be is a little bigger, but like Clay, he has a bit of a running-back style to his game. Wherever he lands, Herndon should be a solid pro as a target underneath in the passing attack.