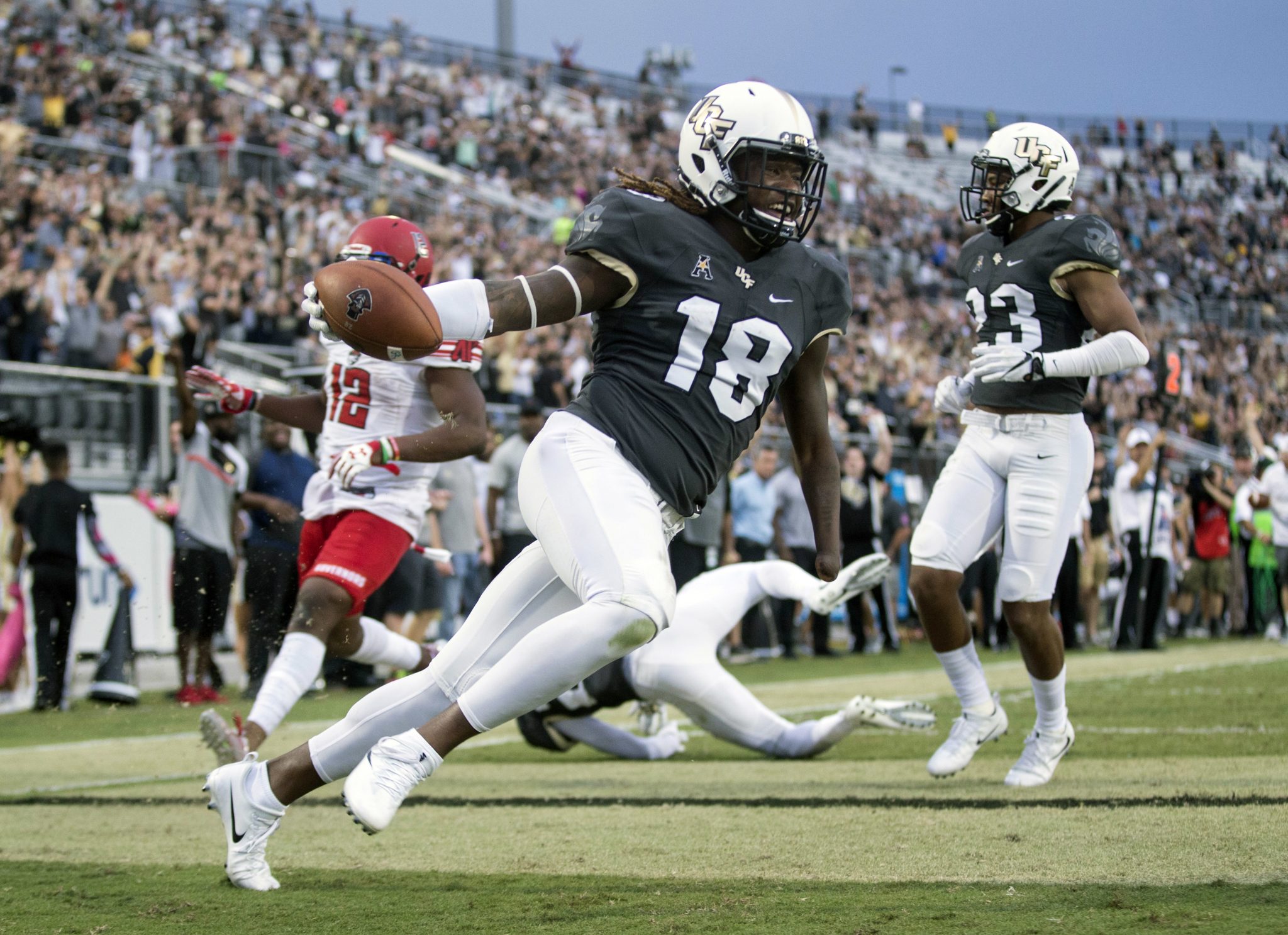 
On Sunday, the defensive line and linebackers will hit the field, and these are the prospects I will be keeping a close eye on. If you missed who I’m watching on Day 1 and Day 2 of the Combine, you can check them out, too. [Note: the position rank is where I currently have them in my yet-to-be-released rankings that will be tweaked and published after the Combine]

Armstrong is a long, smooth edge defender that will look to put his athleticism on display in Indianapolis. I didn’t even have him in my last positional rankings, but the Kansas product is a riser that could rise even more with a big weekend. He should be a quality target for teams in need of a 3-4 pass rusher.

Speaking of risers, I think someone is going to fall in love with Lorenzo Carter and potentially make him a Day 1 pick in April. He has a Jason Taylor-like frame at six-foot-six, and we might hear Mike Mayock, Charles Davis, or someone else compare him to Taylor if he can reach the Hall-of-Famer’s Combine numbers, including a 4.67 40-yard dash.

One of the best parts about the Combine is getting a closer look at some prospects from smaller schools that you normally don’t have a lot of tape and/or information on. There will be another small-school defender named Darius that will get a lot of attention (more on him later), but Jackson flashed at Jacksonville State and will get the opportunity to do the same in front of NFL teams on Sunday.

I had Landry as a borderline second-round pick in my latest overall prospect rankings, but many draft analysts view him as a Day 1 prospect based on his upside. Perhaps I will be impressed when he hits the field in Indy, as putting on a show would alleviate some concerns that I have about him getting by NFL tackles based on pure athleticism in college.

Okoronwko is one of the more polarizing prospects in this year’s draft because he’s “undersized,” but Von Miller isn’t much bigger than the former Oklahoma star. Ogbonnia needs to run a lot faster than he’s projected to match Miller’s 4.49 time, but as long as he hits a respectable 4.6 and shows well in the agility drills, he should be off the board by early Day 2.

He wasn’t extremely productive in college, but Ade Aruna has a chance to win teams over this week both on the field and in meetings. There isn’t much tape to go off of, but Aruda got an invite to Indianapolis for a reason, and he seems to be a top-notch worker and person that will make the most of his opportunity.

An unteachable first step allowed McIntosh to make a bunch of plays for the Hurricanes turnover-chain defense in 2017, and he should be able to display elite acceleration in front of scouts this weekend. Teams will probably be split on where he should play, but I like McIntosh best inside as a 3-4 defensive end or 4-3 defensive tackle.

There certainly won’t be anyone saying that Tim Settle might be better suited outside, as his size has caused him to be compared to Vince Wilfork. With his power, it’s almost unfair that Settle is able to get in the backfield as quickly as he does; unfortunately, there won’t be anyone for him to punish this Sunday, but it will still be fun to watch the big man in action.

This defensive line group is basically filled with size-speed freaks, and Vita Vea is at the top of the class. At nearly 350 pounds, Vea might run a sub-5.0 40-yard dash, which is almost incomprehensible—and a scary thought for plodding quarterbacks in the NFL. All eyes in Indy will be on the possible top-15 pick.

Especially with the kind of athletes at his position this year, Jason Cabinda simply isn’t going to impress scouts with a blazing run or elite leaping ability, but he could catch their attention in the on-field drills. The former Penn State captain is a tremendous leader and will be able to diagnose things quicker than some of the bigger names at the next level.

Draft analysts are going crazy over Tremaine Edmunds, and he should do great in the athletic testing, but the on-field drills will be important, too. Edmunds might not be quite as fast in game action because he doesn’t have top-notch instincts on tape, so the short interviews with teams could help or hurt him.

I’ve had Griffin ranked as an edge defender so far in the pre-draft process, but he is listed as an outside linebacker this weekend (which is separate from EDGE), and will also work with the defensive backs on Monday. I still think he can be used as a situational pass rusher, but I expect nothing less than excellence from Griffin on both days, which will only boost his versatility and draft stock.

I mentioned Leonard earlier, and he will look to establish himself as a household name when he competes with the other great athletes at his position on Sunday. The small-school product showed he could cover during the week of the Senior Bowl, so I’m more interested to see if he can approach 4.5 to at least get close to my comp of Deion Jones (4.38).

Vander Esch is getting plenty of buzz leading up to the Combine, and it will only grow if he lights it up as people expect. The Boise State star ended his career in dominant fashion, and he will look to show NFL teams that his tools are worthy of a pick on Day 1 or early Day 2.

Day 3 of the 2018 NFL Scouting Combine begins Sunday at 9 AM ET on NFL Network.