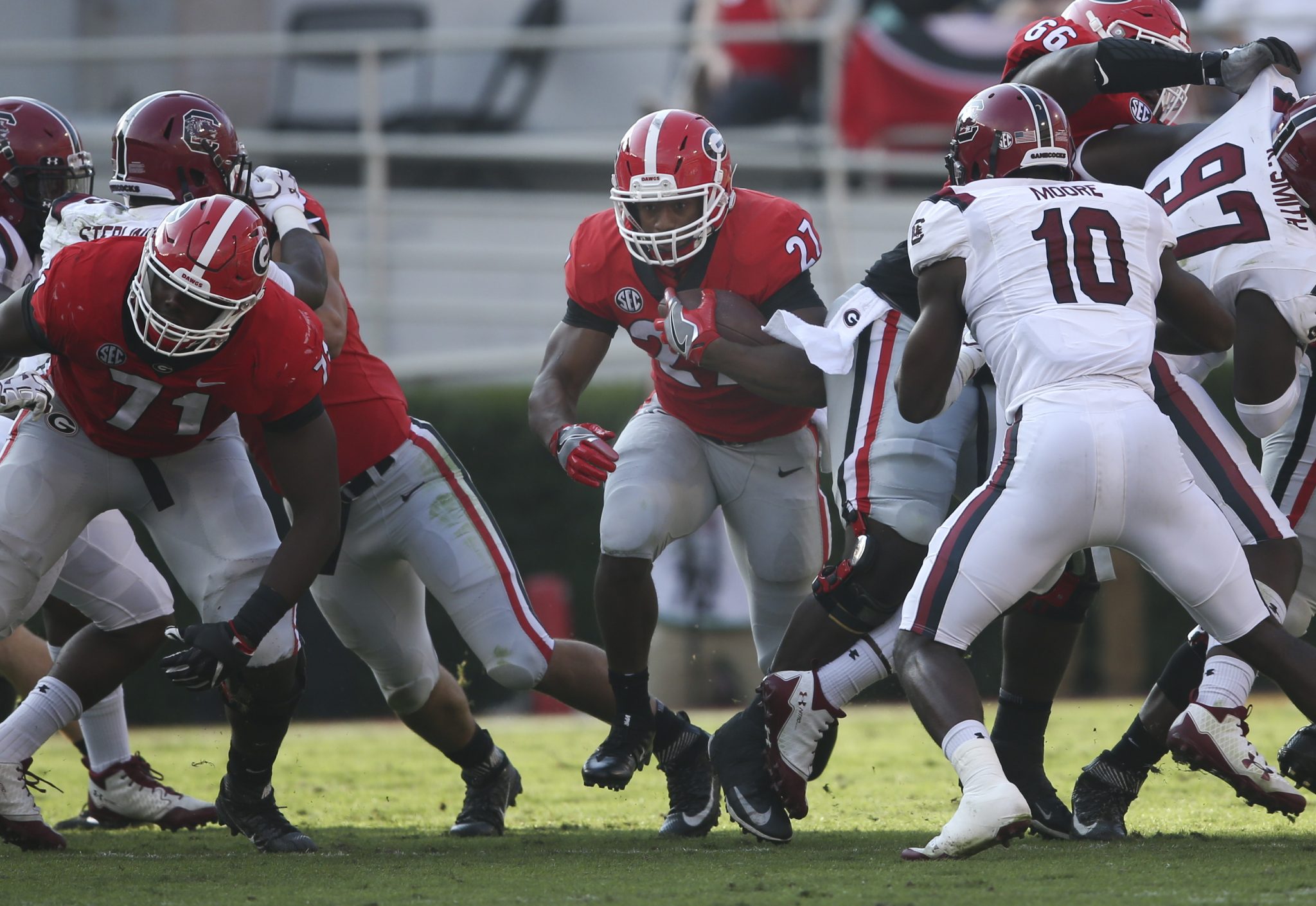 Undervalued Prospects In The 2018 NFL Draft


Every year, there are NFL draft prospects that for whatever reason are underrated. Last year, it was Deshaun Watson, who looks like he was an absolute home-run selection by the Texans if he can stay healthy. This year, it’s no different, and these eight guys (four from offense, four from defense) are not getting enough love as great draft prospects.

The Josh Allen hate is funny and sad, because I bet the vast majority of people criticizing his game never watched him (or Wyoming) play. Yet, that doesn’t stop people from doing a quick Google search of Allen’s stats before throwing out his completion percentage to make the shaky case that he isn’t a good quarterback. Allen has an all-time great arm, but clearly, it takes more than arm strength to be a successful at the next level. The six-foot-five signal-caller delivers the ball on time and accurately to his receivers, he can be utilized as a runner on zone-read plays, and he apparently has been very impressive intellectually when talking to NFL teams. Also, he seems to be a genuinely good person that will put the work in and can lead a franchise. There isn’t much not to like about Allen.

For a while, I believed Lamar Jackson was the best quarterback in this year’s class. I gave in-depth thoughts on why Jackson is underrated here. Basically, if Michael Vick was selected first overall in 2001, Lamar Jackson (who is clearly a better passer than Vick was) is certainly worthy of a top-ten pick nearly two decades later.

When you watch Nick Chubb play, you just see an NFL running back. The bruising runner should be able to headline an offense at the next level, and he’s a guy that might be even tougher to bring down when the weather gets cold in December and January. I also really like Georgia’s Sony Michel, but Chubb is not getting enough respect right now. There isn’t any question Chubb is one of the five best backs in this year’s class, and he’ll probably show it very quickly in the NFL.

The production for Anthony Miller really stands out, as he had lines of 95/1,434/14 and 96/1,462/18 during his junior and senior seasons at Memphis. He’s extremely tough and clutch, as he’s unafraid to go over the middle of the defense, and he also has the ability to stretch the field a bit. Perhaps people are sleeping on Miller because of his size, but guys like Antonio Brown, Odell Beckham Jr., and Jarvis Landry have had plenty of success in the NFL at similar sizes. I wouldn’t be shocked if a team ended up selecting Miller in the first round.

Ogbonnia Okoronko is a good athlete that produced on the field for Oklahoma over the last two seasons, totaling 17 sacks. There might be some concern with Okoronko dropping back in coverage, but he shows a lot of potential as a pass rusher. Some might be worried about Okoronko’s stature, but 6’1” isn’t exactly short, and he has great arm length that makes up for any potential height issues.

Mostly everyone probably knows the Shaquem Griffin story by now, as he tore up the NFL Combine with one hand. But Griffin is more than just a good story. He was an integral part of UCF’s undefeated team last season, and all you had to do was turn on one of their games to see No. 18 flying around the field on defense. Griffin is simply a good football player, but he is also a good guy that will be an excellent locker-room presence. His work ethic and attitude will make it difficult for him to fail in the NFL.

The cornerback classes over the last few years have been really good, and this class is no different. And in my opinion, Jaire Alexander leads the way as the best cover guy in this group. Alexander is blazing fast and very athletic, but he puts those tools to use on the football field as someone that can play man, play zone, tackle well, and force turnovers. If the former Louisville corner slips outside the top 15-20 in the draft, he could end up being this year’s Tre’Davious White after White inexplicably dropped to the No. 27 pick in last year’s draft.

DeShon Elliott could have stayed another year in school and might be getting knocked for leaving Texas early, but he feels he’s ready for the NFL. Considering he had seven turnovers (six interceptions) this season, was named an All-American, and plays a physical style that should translate well to the next level, Elliott should be a potential Day 2 pick.