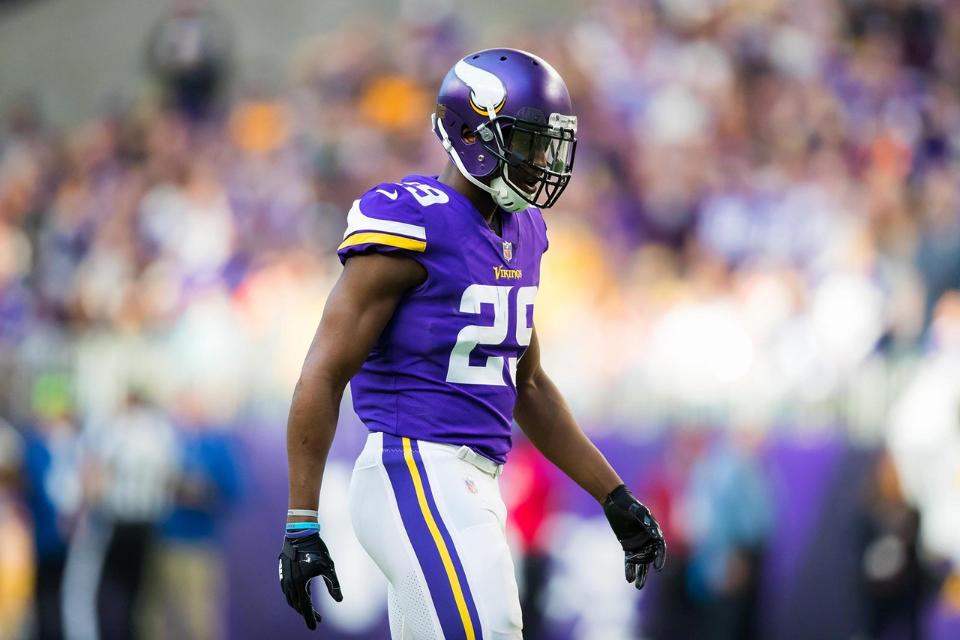 
If you missed our All-Pro offensive selections, you can check them out here, and special teams here.

The Jaguars made a somewhat curious decision last spring to sign Calais Campbell to a big contract and play him at defensive end in a 4-3 scheme, but no one could deny the overwhelmingly positive results this season. The 31-year-old posted a career-high 14.5 sacks (second in the NFL) while leading “Sacksonville” to the #3 seed and best scoring defense in the AFC. Campbell’s combination of length and power makes him an absolute force in all areas.

Since being drafted in the early second round by Dallas in 2014, Demarcus Lawrence has had an up-and-down career, but he really unlocked his potential in 2017. The Boise State product had at least one sack in each of his first seven games, including an insane 6.5 over the first three weeks of the season. Defenses started paying more attention to him in the second half of the season, but Lawrence still proved to be one of the game’s best pass rushers as he enters free agency.

Aaron Donald was one of the best players at any position in each of his first three seasons, and that didn’t change this year when a new coaching staff was brought in. It helps that DC Wade Phillips is arguably the top defensive mind in the NFL, but Donald was still as productive as ever in a scheme that probably wasn’t as favorable to putting up “numbers” compared to Gregg Williams’ attacking front. The superstar defensive tackle has a good chance of taking home his first NFL Defensive Player of the Year award.

People might not realize it because of the recognition that teams like Jacksonville received all year, but the Steelers actually led the NFL with 56 sacks, and that was in large part due to the play of Cameron Heyward. The Pro Bowl snub not only shattered his previous career-high of 7.5 sacks, but he also opened things up for the rest of the defense, including middle linebacker Vince Williams (8.0 sacks) and nickel back Mike Hilton (4.0 sacks). Heyward has been a really good player for years, but he took his game to a new level this season.

Chandler Jones probably fits more as an edge defender than a linebacker, but there’s no scheme in an All-Pro team, and he was among the best defensive players at any position in 2017. Jones’ relentless pursuit of the quarterback helped an injury-plagued Cardinals team finish 8-8, including in the season finale against Seattle with two sacks to send Bruce Arians out victorious. With Jones, Patrick Peterson, Tyrann Mathieu, and Hasaan Reddick on defense, whoever the next coach is in Arizona will have some legitimate stars to work with.

All you have to do is watch film for a little bit to see that Luke Kuechly is just different than everyone else. The 26-year-old is always around the ball, and if he’s not, you will usually see him come flying towards it at the end of the play. Carolina’s superstar linebacker once again did it all this season for one of the best defenses in the league.

The 2017 season didn’t end at all how Baltimore would have liked, but Mosley did his part with a forced fumble and tackle-for-loss against Cincinnati. The former first-round pick out of Alabama was eighth in the NFL in tackles, and towards the top of the league among linebackers in passes defended (fourth), forced fumbles (third), fumble recoveries (third), and touchdowns (first). Mosley impacted the game in a variety of ways as the center of the Ravens’ opportunistic defense.

Xavier Rhodes is the classic case of simple statistics being overrated, as Minnesota’s elite cornerback doesn’t have the gaudy numbers that others in the secondary do, but he’s arguably the best defensive player in the game. Rhodes shutdown or contained Julio Jones, Antonio Brown, Mike Evans, Sammy Watkins, and Michael Thomas, among others, and his play was perhaps the most important piece of the league’s top scoring defense.

Buffalo’s standout rookie cornerback somehow lasted until the 27th pick in last April’s NFL Draft, and he’s instantly become one of the best in the game. White led the NFL with five forced turnovers in the fourth quarter, as his late-game heroics are a big reason the Bills made the postseason for the first time since 1999. At just 22-years-old, the LSU product showed a short memory and battled with the likes of A.J. Green, Brandin Cooks, and T.Y. Hilton all season. He and fellow rookie Marshon Lattimore, who narrowly misses out on our All-Pro team, are both fresh blood that should be shutdown guys over the next 8-10 years.

Joining Cameron Heyward and Tre’Davious White as guys who didn’t make the Pro Bowl on our All-Pro team is Harrison Smith. The 28-year-old is exceptional on the back end of Minnesota’s defense, as he can defend the pass just as well as he can come up in run support. Smith should get the recognition he deserves if the Vikings make a Super Bowl run this month, as he might be the best safety in the game.

Similar to Tre’Davious White for Buffalo, Kevin Byard’s ability to take the football away was a big factor in getting the Titans into the playoffs. Byard wasn’t even supposed to be a starter heading into the season, but he ended up starting all 16 games and led the league with eight interceptions, establishing himself as one of the premier ball hawks in today’s game. The second-year safety can also come up and make tackles for Dick LeBeau’s defense.