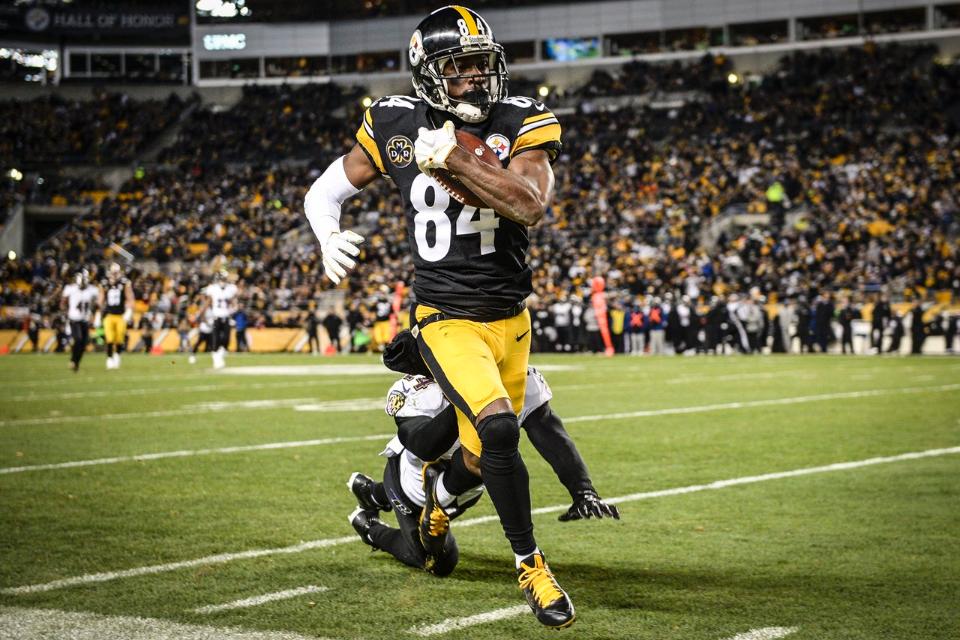 
The regular season is in the books, and the AP NFL All-Pro Team will be released soon. Unfortunately, the writers can sometimes be biased or simply get things wrong for one reason or another, but we try to be as fair as possible and not simply choose a player based on name. Starting with the selections on offense, here is White Wolf’s 2017 NFL All-Pro Team, with defense and special teams to follow tomorrow and Friday.

There were a handful of really good quarterbacks this season, but Tom Brady is still the best player in all of football. Despite New England being forced to change the offense when Julian Edelman went down in the preseason, a 40-year-old Brady still led the league in passing yards with more downfield throws on the way to another #1 seed in the AFC. It also helps that he remained the most clutch player in the NFL.

Todd Gurley was written off by some after a disappointing season in 2016, but that was clearly a mistake. The Rams’ offensive centerpiece is not only our choice here, but also a legitimate MVP candidate with 19 total touchdowns in 15 games. Gurley has exceptional balance, power, and burst to get to the edge before either running by, running through, or jumping over a defender. He also showed elite receiving ability that he didn’t really have the chance to display in either of his first two years.

It would have been awesome to see what kind of season numbers Antonio Brown could have put up if he didn’t get hurt in Week 15 against the Patriots, as he had a chance to exceed his historical 2015 statistics. Still, this season might have been Brown’s best work to date, as he made several clutch plays in the fourth quarter, and despite two missed games, he had more receptions of 20+ yards than anyone with a career-high 27 of them. One of the best route runners of all-time, it doesn’t look like AB will slow down anytime soon.

Here is the list of players to have four-straight seasons with at least 1,400 receiving yards: Marvin Harrison and Julio Jones. Not bad for a player who had people questioning his durability early in his career. Julio doesn’t seem to get the recognition that others do—perhaps because he doesn’t have an ounce of selfishness in his body—, but Atlanta’s superstar receiver is quite literally an all-time great. If he stays healthy next season, Jones is basically a lock to become the quickest receiver in NFL history to reach 10,000 receiving yards (currently 9,054 yards in 95 games), surpassing Calvin Johnson (115 games).

This was close between Keenan Allen and Chiefs running back Kareem Hunt, but the 25-year-old gets the nod. For the first time in his career, Allen played in all 16 games, and he was a difficult cover every week for defensive backs. Los Angeles’ top receiver led the NFL in first downs (74), and he had one of the best stretches in NFL history with lines of 12/159/2 and 10/105/1 surrounding a 10/172/1 line against the Cowboys on Thanksgiving. Allen has always been a shifty route runner with elite potential, so it was fun to see him stay on the field this year.

When he’s on the field, there might not be a more dominant player than Rob Gronkowski. A suspension and quad injury on a short week limited him to 14 games, but Gronk still led the position in yards and first downs, and he now has an insane 76 receiving touchdowns in 102 career games. It isn’t possible to defend the superstar tight end in single coverage or without shading zone coverage heavily towards him, and it’s easy to forget he’s a great blocker, too.

After spending the first 11 years of his career in Cincinnati, Andrew Whitworth took his talents to Los Angeles and became a game-changer on the blindside for new head coach Sean McVay’s offense. The 36-year-old has been movable wall that keeps Jared Goff upright while opening running lanes for Todd Gurley both near the line-of-scrimmage and out in space. He didn’t even make the Pro Bowl, but the best lineman on the league’s highest-scoring offense (29.9 points per game) deserves an All-Pro selection; we’ll see if the AP voters agree.

It shouldn’t come as much of a surprise that a bunch of veterans make up our All-Pro line, and Richie Incognito is one of them. The 34-year-old is a bully in the running game for Buffalo, and his toughness in close quarters was key in picking up first downs in short-yardage situations to keep drives going for a team that struggled to score in the regular season. If not for Incognito leading the way up front, the Bills probably wouldn’t have snapped their 17-year playoff drought.

Kelce was undoubtedly snubbed from the Pro Bowl, but he was a fairly easy selection for our All-Pro team. The anchor of Philadelphia’s offensive line provided great value for Carson Wentz in pre-snap adjustments, and despite being laughably considered a candidate for release in the preseason, Kelce has been arguably the biggest piece up front for a team finished third in rushing yards per game (132.2), 13th in passing yards per game (233.6), and third in scoring offense (28.6 points per game). He’s a unique athlete at the center position.

Pittsburgh has had one of the most underrated lines in the NFL over the past few years, and David DeCastro has been as consistent as they come. The Stanford product excels in both pass protection and run blocking, allowing Ben Roethlisberger to take deep shots and Le’Veon Bell to be patient behind the line as he picks a hole to run through. The Steelers have great players all over on offense, but DeCastro shouldn’t be overlooked.

One of the best games for any offensive lineman all season had to be Lane Johnson on Christmas Night against Khalil Mack, as the reigning NFL Defensive Player of the Year had no answers for the star right tackle’s pass protection. The Eagles paid Johnson like a left tackle, but decided to keep him at his normal position when Jason Peters went down earlier this season, which has allowed him to remain dominant as one of the best athletes on the field at all times.