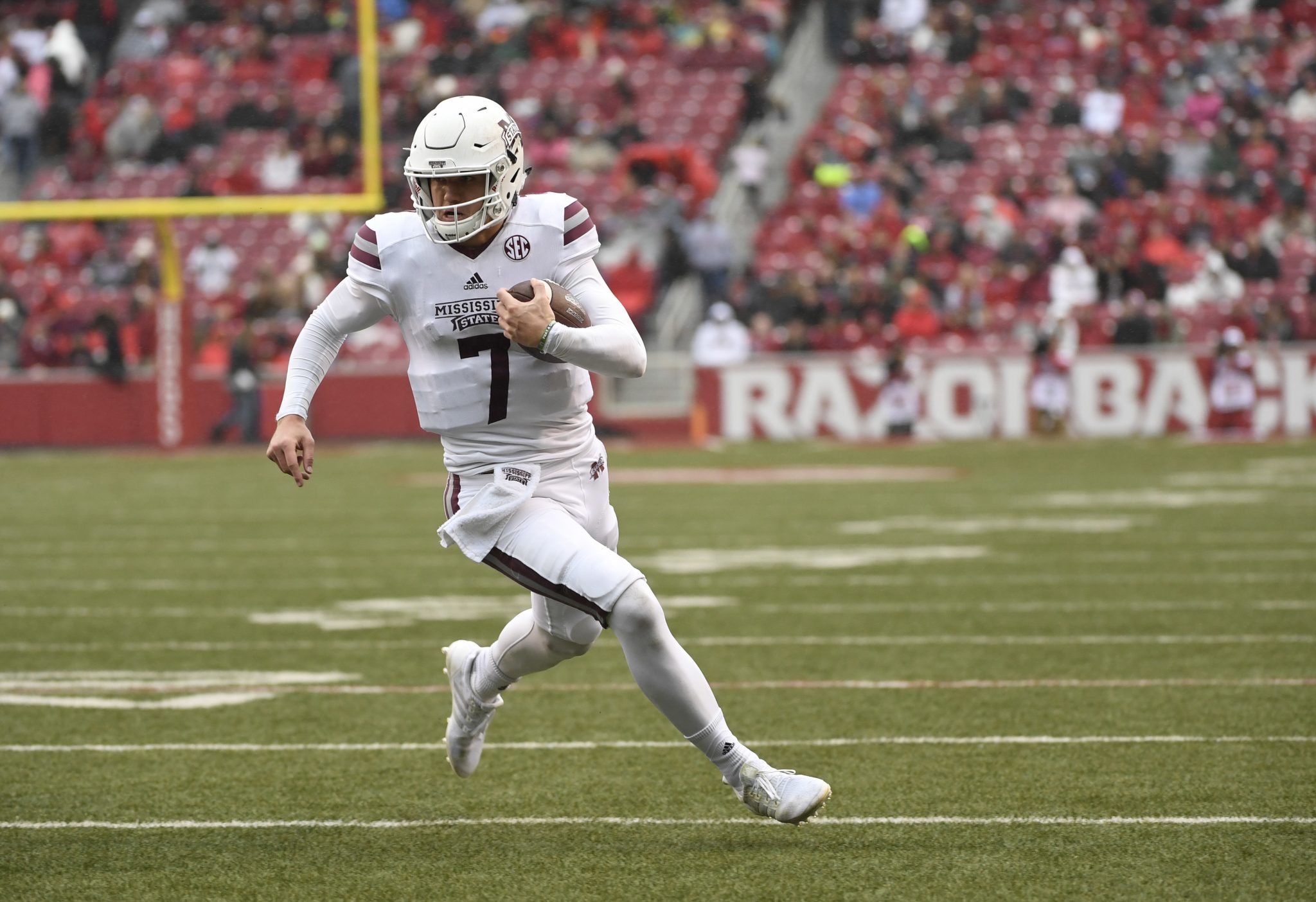 
Five days into the 2018 Heisman Trophy candidate countdown, our first senior makes the list. But first, here are the four candidates we’ve gone over thus far.

Mississippi State quarterback Nick Fitzgerald is a dual-threat quarterback coming off a major leg injury entering his final season with the Bulldogs, and he has a new head coach in former Penn State offensive coordinator Joe Moorhead. Fitzgerald will be in the Heisman conversation to start the year.

Last November, Fitzgerald suffered an ugly dislocated ankle in the Egg Bowl against Ole Miss. It was a crushing injury, but it does mean Fitzgerald will be getting a lot of media attention as his progress and play in his return from the injury is tracked. That extra attention could give him a boost in the Heisman race. A couple of seasons ago, Fitzgerald rushed for 1,375 yards and 16 touchdowns before rushing for 984 yards and 14 touchdowns last year. If he remains healthy, the senior leader should be a lock for 1,000 yards rushing. And while Fitzgerald didn’t put up great passing numbers last season, he’s shown the ability to do some damage as a thrower.

The SEC is not an easy conference to just put up huge numbers each week, and there won’t be many cakewalks for the Bulldogs. Dan Mullen, who is now in Gainesville with the Gators, is one of the best offensive coaches in the country, and maybe Fitzgerald won’t click with Moorhead and the new offense right away. Also, as we’ve seen with players before, it might take time for Fitzgerald to get back to his normal self after coming off a severe lower leg injury.

Fitzgerald needs to be 100% healthy and feel comfortable in his new offense. Mississippi State needs to get up around the top five and top ten like they were during 2014, and the Bulldogs need to come close if not topple the Crimson Tide in Tuscaloosa.