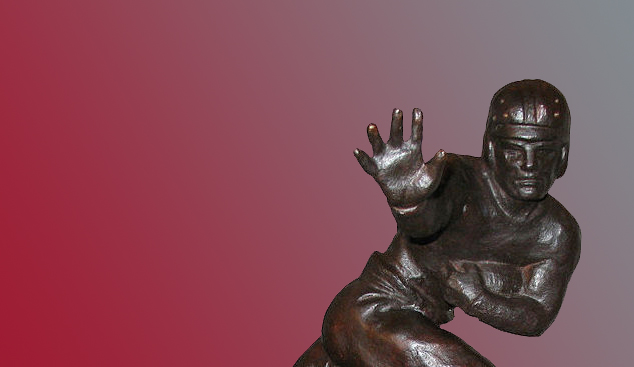 
The first week of our 2019 Heisman Trophy countdown ends with the first non-quarterback. Here were the first four of the top-15 Heisman candidates in case you missed them.

Former No. 1 running back recruit Najee Harris has the talent to be the next great Alabama running back—and win the Heisman.

With Josh Jacobs (first-round pick) and Damien Harris (third-round pick) gone to the NFL, Harris is locked in as the team’s starting running back after contributing with 61 carries as a true freshman and 117 carries as a sophomore. Even with Tua Tagovailoa at quarterback, Alabama is going to want to run the ball, and there are games when Harris will be the bell cow. The superb talent on the outside for the Crimson Tide could lead to lighter boxes for their running backs to exploit. Alabama might want to run the ball and get back to their identity more than in 2018 after getting blown out in the national title game.

No Alabama running back has had 200+ carries in a season since 2015, and Brian Robinson—who might take a lot of the goal-line work—and Trey Sanders are among those that will also be in the backfield mix. The Crimson Tide might want to keep Harris fresh for the end of the season. Running backs must put up eye-popping numbers to win the Heisman.

Alabama must decide they want to run the ball as much as they have in previous years, with Harris getting at least 250-300 carries and the majority of short-yardage opportunities.