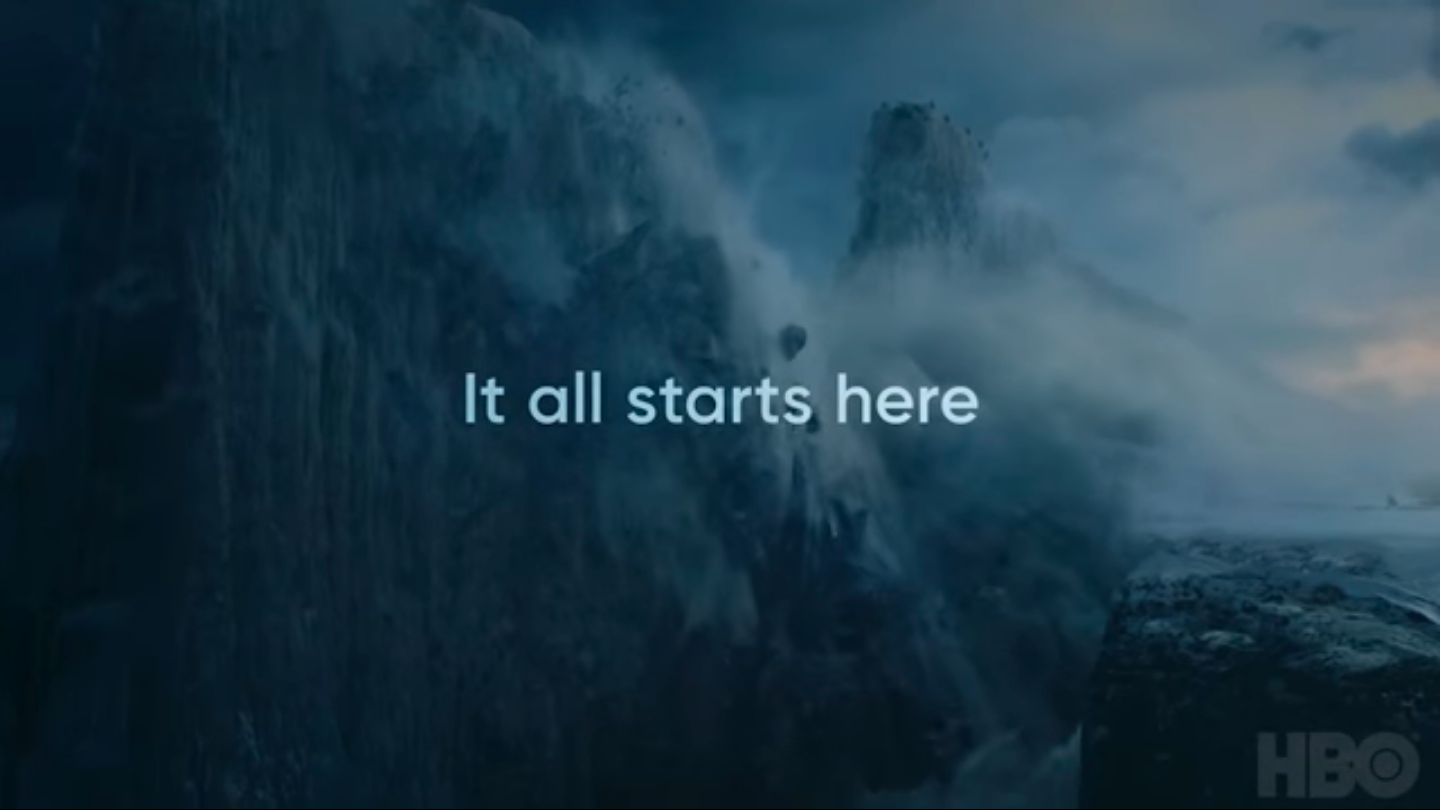 
The premiere of the final season of Game of Thrones is getting closer, and HBO just released more footage in a “Coming Soon to HBO” preview for 2019.

For the Game of Thrones portion of the preview—which both starts and ends the two-minute video—ravens appear to be flying at a still-standing portion of the Wall, the Unsullied are marching in winter clothes with Drogon flying overhead while a happy Arya Stark watches, and the Night King appears to be in action with quick glimpses of Daenerys Targaryen and Jon Snow—though this could be footage from the confrontation in Season 7’s penultimate episode, “Beyond the Wall”. And then the HBO preview ends with the Wall coming down as occurred at the end of last season. Also, unless it’s footage from the final scene of last season, Tormund Giantsbane appears to have survived the initial attack on the Wall by the Night King and an Ice Dragon Viserion.

Season 8 footage was previously released in a quick glimpse of Sansa Stark and Jon, an earlier 2019 HBO trailer featuring Sansa welcoming Daenerys and Jon to Winterfell. There was also a teaser (“The Crypts of Winterfell”), and a full trailer is set to release at some point.

If you’re looking to get caught up with the series or want to refresh your memory, you can check out our #ForTheThrone countdown (starting with the first episode and up to the Season 4 finale so far) and our Game of Thrones family trees (with spoilers through Season 7 and without spoilers)