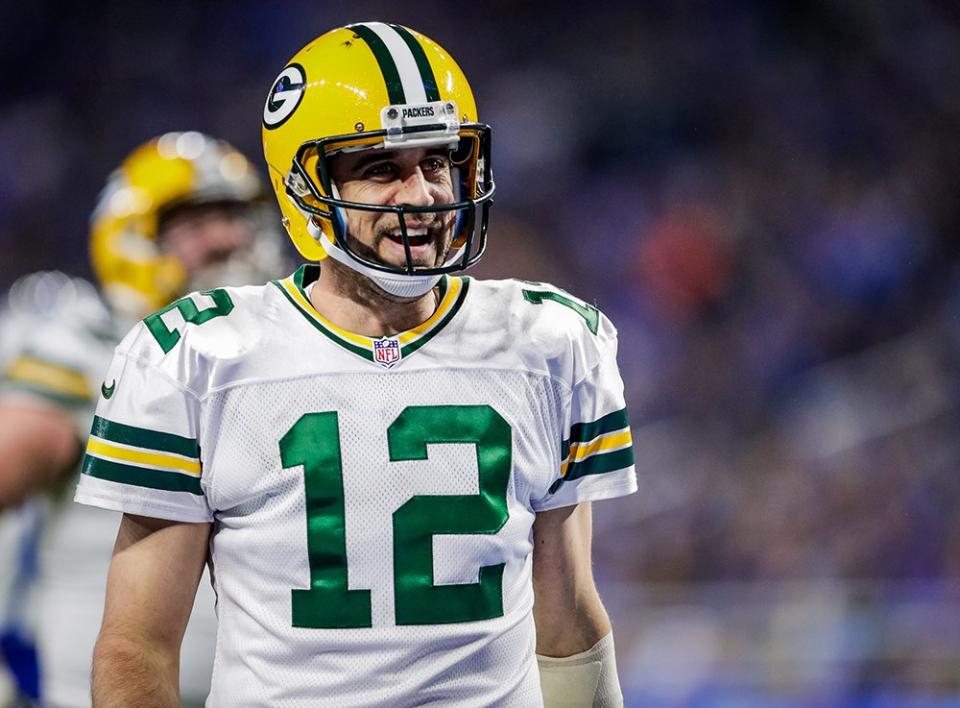 Before The Season NFL Power Rankings


Week 1 is finally here. A more in-depth NFL preview will be published tomorrow, but this is where I see each team heading into the regular season. Keep in mind, these could change quickly after seeing the teams in real games; for example, the Falcons moved way up in the rankings after I watched how multiple and how good their offense looked at the beginning of last season.

The loss of Julian Edelman to a season-ending knee injury obviously hurts New England, but they still have Tom Brady and they still have Bill Belichick. I don’t see them going undefeated anymore (though it would not be the least bit surprising), but it’s unlikely they move from the top spot in the power rankings this year.

While the Patriots will be raising their Super Bowl LI banner tomorrow night, the Falcons will use their loss in that game as motivation all season. Anything is possible, but I don’t see a Super Bowl hangover coming for Atlanta.

No disrespect to Drew Brees, Russell Wilson, and others, but the top three teams have who I believe are currently the top three quarterbacks in the NFL. Aaron Rodgers (and Mike McCarthy) is the main reason Green Bay is up to number three.

The team that might have the best chance of stopping New England plays them in the opening game of the year. Justin Houston, Eric Berry, and the defense can wreck a game for opposing offenses, and the offense won’t lose them games.

The Steelers were No. 11 in the post-offseason power rankings, but they added Joe Haden and Martavis Bryant was fully reinstated. Last season, Haden might not have played as well as he did earlier in his career, but he’s still only 28 and could be a huge difference-maker.

It’s tempting to put the Titans as high as third, and I wouldn’t be surprised to see them there. The team has a lot of good players, a strong running game, and an emerging defense, but Marcus Mariota is the biggest reason I love the Titans.

If not for the concerns about the offensive line, the Vikings would be over the Packers as the second-best team in the NFC. But the o-line did not look good this preseason, and Sam Bradford—who can light up a defense if given time to throw—might not last long if he’s getting crushed every play again. Jon Gruden said Bradford “should get a medal” for his toughness and for getting hit so much.

The acquisition of Sheldon Richardson from the Jets is a high-upside move, but it adds another big personality to a team that’s full of them. Things need to go well, or else the Seahawks could go south in a hurry. They have a date with Aaron Rodgers and the Packers in Week 1.

The Raiders were third in my pre-preseason set of power rankings, but the defense did not look good this preseason. Yes, it was only preseason and the defense might be lights out this regular season, but the unit wasn’t good last year either.

Defense is not a concern for the Ravens, but the offense might be to open the season. Joe Flacco missed the entire preseason with a back injury, so his chemistry with the receivers is something to watch early this season.

Bruce Arians was not happy with his receivers this preseason, but John Brown stepped up in the team’s third preseason game and will look to be a great option for a refreshed Carson Palmer. Arizona should be able to bounce back after they won only seven games last season.

Unfortunately, Houston and the areas around it are dealing with the aftermath of Hurricane Harvey, which has affected and still is affecting so many people. Head coach Bill O’Brien dedicated the season to Houston and its people, and the Texans will represent the city well.

Ezekiel Elliott’s six-game suspension was upheld, but the battle could be long from over if the judge rules in his favor on Friday for a temporary restraining order that would allow him to play while the situation is sorted out in court. If Elliott does miss time, Dak Prescott will show he can win games without Zeke in the lineup.

The official NFL preview will be out tomorrow, where I give my playoff picks and predictions for the upcoming season—the Chargers are going to be a difficult team to keep out of it. The defense should really emerge this season, and Philip Rivers might have more weapons around him than ever in 2017. It’ll take a closer look at everything to finalize everything and determine whether I think they’ll be in or out of the playoffs, so check back in tomorrow.

Odell Beckham Jr. suffered a scare when he suffered a leg injury in the Giants’ third preseason game against the Browns. Thankfully, Beckham escaped with only an ankle sprain and will be fine for the season. We’ll see how OBJ is with new weapons Brandon Marshall and Evan Engram on offense.

HBO’s Hard Knocks, was a hit this season, and those that watched have a better idea about them than most other teams entering the year. They were an entertaining bunch, and the hopes are high in Tampa this season. Doug Martin serves a three-game suspension that will now last through Week 4 because of the postponement of their Week 1 game due to Hurricane Irma; Martin will be back on Thursday, October 5 against New England.

Cam Newton only played a few snaps in the preseason, but he’s ready to go for this Sunday with perhaps the most weapons he’s ever had around him—including very impressive rookie, Christian McCaffrey. I’m anxious to see how they look for a full game in Week 1 against the Niners.

A big change occurred from the last power rankings, as Jay Cutler stepped out of the FOX broadcast booth and into the starting quarterback role for the Dolphins. It’s really unfortunate for Ryan Tannehill, but Cutler should be able to ensure the Dolphins don’t miss a beat.

The Saints are in the NFC South, which should be one of the toughest divisions in football this season. The Falcons will be my NFC South pick, but the Saints, Panthers, and Bucs should all be vying for the playoffs in 2017.

Doug Pederson and the team didn’t play the starters much at all this preseason, so hopefully second-year quarterback Carson Wentz and the offense are ready to go. The Week 1 matchup against the Redskins will be interesting, as there’s already been some chirping, with tackle Lane Johnson saying they’re going to win the game, while Redskins linebacker Zach Brown responded by saying they don’t need PEDs to win (Johnson was suspended ten games last season for PEDs).

An Andrew Luck-led Colts team would be higher in the power rankings, but we’re not sure when he’ll hit the field. People have been frustrated with the lack of a timeline, but I like what the Colts and Luck are doing. They aren’t going to commit to a timeline and rush things. The main concern should be Luck’s long-term health, and that’s the way they are approaching this. When he’s 100% and ready, the franchise quarterback will be under center.

Because of Kirk Cousins and Jay Gruden, this feels too low for the Redskins. However, the offense has two new starting receivers, who frankly didn’t show much during the preseason. Washington certainly has upside, but they might not reach it in 2017.

Matthew Stafford received the largest contract in NFL history, so good for him. The former first overall pick is one of the most entertaining gunslingers to watch, and he’s looking to lead the Lions to the playoffs for a second-straight season.

After over a year away from the team, Brock Osweiler is back in Denver with the Broncos. Trevor Siemian has potential and has earned the starting quarterback job for the team, but don’t be surprised if they got to Osweiler if Siemian happens to struggle. For as much ridicule as he gets, Osweiler was 5-2 in his seven starts with Denver in 2015.

The Rams made a huge splash trade when they acquired Sammy Watkins from the Bills, which I think was a steal. The situation with Aaron Donald and his holdout is a bit of a head-scratcher, as it looks like he won’t be there for Week 1. It’s difficult to tell from the outside looking in, but honestly, I’d see if I can get a king’s ransom for him in a trade. Donald seems like a good person, but players like Tom Brady and Larry Fitzgerald don’t hold out like this.

For whatever reason, it’s difficult for to get excited about the Bengals, even with the additions of explosive rookies John Ross and Joe Mixon. It would not surprise me to see them in the playoffs, but I’m not going to predict it happens.

Previously, the Bears were No. 31 in the power rankings, but they’re starting to intrigue me. The front seven looks like one of the best in the NFL, and it includes Leonard Floyd, who I think might emerge as an All-Pro player soon.

There was some uncertainty with the quarterback situation late in the preseason, but 2014 third overall pick Blake Bortles will start the season under center. Jacksonville’s success will likely come down to how well Bortles plays.

There’s no question the Niners were the least talented roster in the NFL last season, but they added some excellent pieces that could lead to quick improvement. Also, a healthy NaVorro Bowman is a huge boost to a run defense that struggled mightily when he went down last year with an Achilles injury.

Under new head coach Sean McDermott, the Bills will compete every week—but they might not win a lot of games. They traded their best receiver to the Rams, and starting quarterback Tyrod Taylor appears to be under pressure by rookie Nathan Peterman. The defense needs to play lights out for the Bills to compete for a playoff spot.

Some of the players the Browns added are very exciting, and the defense could surprise people under new defensive coordinator Gregg Williams. However, rookie quarterback DeShone Kizer worries me after he struggled at Notre Dame and his coach Brian Kelly said he thought Kizer should’ve stayed in school. The decision to go with Kizer early might come back to hurt Hue Jackson.

The Jets have been working to revamp their receiving group, which included dealing away Sheldon Richardson to acquire a second-round pick and receiver Jermaine Kearse from Seattle. The defense belongs to Muhammad Wilkerson, Leonard Williams, and safety Jamal Adams now.