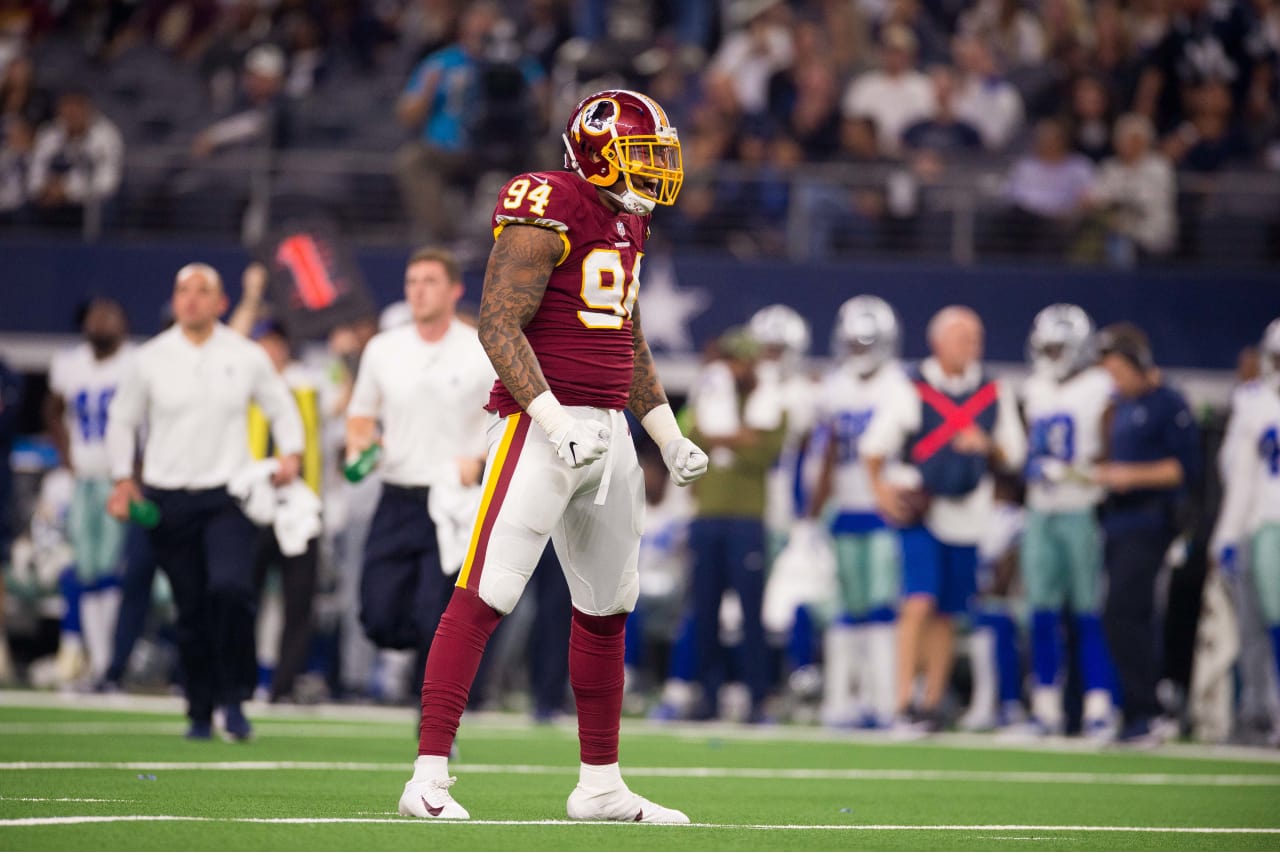 
The free agency fits for some of the top players set to hit the open market continues with edge defenders and linebackers. If you haven’t, be sure to check out the fits for QB/RB, WR/TE, and OL/DL from earlier this week.

The Raiders obviously didn’t want to hand Khalil Mack a record-breaking contract last year, but his trade to Chicago seemed to be as much about a lack of communication with Jon Gruden as it was about money. This offseason, Oakland might decide to go after the No. 1 overall pick in Mack’s draft class if Jadeveon Clowney hits free agency, as he is cheaper and a full two years younger. Despite no double-digit sack seasons to date, Clowney would boost the entire pass rush for the Raiders.

An impact player on one of the league’s best defenses over the past two seasons, DeMarcus Lawrence’s best fit is clearly remaining in Dallas, where a core of he, Leighton Vander Esch, Jaylon Smith, and Byron Jones should be able to keep the Cowboys competitive for years to come. If 2017 first-round pick Taco Charlton steps up and Jerry Jones is able to hit on a stud defensive tackle in April, the defense would really be a force in the NFC East.

It doesn’t sound like Dee Ford is going to be leaving Kansas City, but the switch to a 4-3 defense under Steve Spagnuolo could make both sides realize that a divorce might be best before potentially having the franchise tag placed on the standout pass rusher. Instead, Ford might be a better fit in Tampa Bay’s new 3-4 alignment, as Todd Bowles needs someone to get after the quarterback on the outside. A front that includes Ford, Vita Vea, and potentially LSU linebacker Devin White with the No. 5 overall pick would be exciting.

New England won’t get in a bidding war for Trey Flowers or anyone else that hits the open market, but it makes sense for the former fourth-round pick to give a hometown discount on a long-term deal that allows him to be a very rich man while remaining a yearly Super Bowl favorite. Flowers is a versatile defender that can create pressure, stop the run, and even kick inside at times.

General manager Chris Ballard has money to spend this offseason, but he will undoubtedly target players that have the character to match their talent. Brandon Graham fits the mold, and even though he turns 31 in April, the longtime Eagle is still at the top of his game. Plus, even if the Colts only get a couple years of elite production out of Graham, it’s not like their Super Bowl window isn’t wide open with Andrew Luck under center.

Teams with Dante Fowler Jr. on their radar next month would be betting on upside, and I think Green Bay is a good landing spot to hopefully unlock his potential alongside a defensive front that includes Kenny Clark and Mike Daniels. Fowler—who won’t turn 25 until training camp—needs to be focused no matter where he signs, but we have seen edge defenders take some time to adjust at the next level, and the Packers need a spark getting after Mitchell Trubisky, Kirk Cousins, Matthew Stafford in the division.

One of the most underrated upcoming free agents, Preston Smith showed flashes of dominance in 2018, and teams that need a 3-4 outside linebacker should try to steal him from Washington. However, the Redskins might be just a couple pieces away on a defense that made significant strides last season, and getting the right quarterback to replace Alex Smith (leg) would make them a legitimate contender in my opinion. Locking up Smith would allow Washington to focus on solidifying the secondary.

Carolina would also be a good fit because they are desperate for pass rushers behind veteran Mario Addison, but Frank Clark is a homegrown Seattle Seahawk, and they are unlikely to let a guy with 32.0 sacks over the past three years go elsewhere. Also, Clark plays with an edge that Pete Carroll knows how to keep under control, and based on previous character concerns, I think it’s best for the 25-year-old to stay in a familiar environment.

It will be interesting to see what the Raiders do in free agency considering they have three first-round picks to work with in the 2019 NFL Draft, but getting Jordan Hicks, Jadeveon Clowney, and Tevin Coleman (who I called a fit earlier this week) in free agency would show they are serious about giving the city of Oakland one more shot at a winner. Hicks is a playmaking middle linebacker with top-end skills in coverage (five interceptions in 2016).

Talk of Le’Veon Bell heading to Baltimore popped up this week, but wouldn’t it be ironic if money potentially set aside for the superstar back forces C.J. Mosley into free agency and he signs with the Ravens’ hated rival? Pittsburgh has Vince Williams locked up for three more years at inside linebacker, but pairing him with Mosley—who has 597 tackles in five seasons—to lead the defense would be a nightmare for Baltimore.

An insider trading indictment and overall uncertainty about Mychal Kendricks’ availability could lead to a smaller market than his talent warrants, but it’s worth noting that he already served an eight-game suspension by the league and has shown full remorse for his actions (unlike other players who have gotten a second chance). Kendricks is still just 28, and he played great in four games with the Seahawks in 2018.

The Bengals badly need 2018 third-round pick Malik Jefferson to step up at outside linebacker following a lost rookie campaign, and putting Kwon Alexander in the middle of the defense would give them the fastest linebacker duo in the league. Cincinnati is still searching for an offensive coordinator after being turned down by Florida’s Todd Grantham, but an Alexander-Jefferson tandem would likely be able to fit any scheme.

The Giants have a couple building blocks up front with Lorenzo Carter and B.J. Hill, but inside linebacker remains a weakness for James Bettcher’s 3-4 defense. A potential fix could come free agency, as Deone Bucannon—who played under Bettcher from 2014-2017 with the Cardinals—has the athleticism that can match a couple mobile quarterbacks (Carson Wentz and Dak Prescott) in the division. Buccannon would probably love to reunite with his former defensive coordinator following a disappointment in 2018.

Despite four Pro Bowl appearances in five seasons, Anthony Barr hasn’t quite reached his sky-high potential as the No. 9 overall pick in the 2014 NFL Draft. Still, he won’t turn 27 until next month, and staying together is probably best for both Barr and the Vikings as they try to bounce back and finally make a Super Bowl run with the current core. Perhaps another team will be able to sell Barr on being used more as a pass rusher, but Minnesota looks like the best destination to win in 2019.