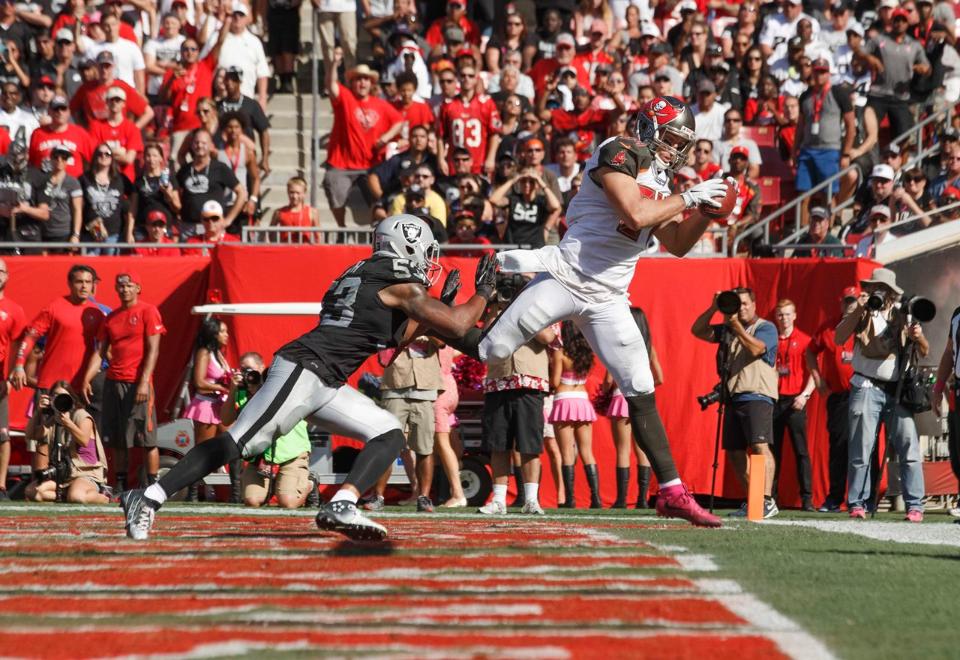 
The tight end position has evolved over the years to become one that is a more important part of the receiving game. Tight ends like Mike Ditka and Kellen Winslow are all-time greats and would be probably be just as good today, but today, there is more depth at the position than ever. We see huge athletic guys like Rob Gronkowski and Travis Kelce galloping through defenses, while receiver-like tight ends Jordan Reed and Jimmy Graham look like full-time wide receivers at times.

My selection for the most underrated tight end came down to a few players. 49ers tight end Vance McDonald has the ability to run down the seams and run away from many defensive backs with his speed (his 16.3 yards per reception shows his big-play ability). Vikings tight end Kyle Rudolph had a career year in 2016, with 83 receptions for 840 yards and seven touchdowns. McDonald hasn’t had over 30 receptions in a season, however; and Rudolph has been to a Pro Bowl. So, my selection for the most underrated tight end in the NFL is Buccaneers tight end Cameron Brate.

If you missed my selections for all-underrated quarterback, running back, and wide receiver, you can view them:

Last season, Brate stepped up as an excellent target in the middle of the field for quarterback Jameis Winston. After 24 receptions through his first two seasons, the tight end from Harvard doubled his catch total with 57 receptions for 660 yards and eight touchdowns. Way off the fantasy football radar to start the season, Brate was one of the best waiver wire additions last season.

Through the first six games of 2016, Brate had a solid start—he had five receptions in two of those games, including a two-touchdown performance in a loss to the Rams in Week 3. Around Week 8 is when the Tampa Bay tight end really stepped up for the Bucs, though. Brate had a touchdown in six of the team’s last nine games, and he looked like one of the best tight ends in the NFL.

With Jameis Winston—who throws with so much anticipation and trust for his receivers—at quarterback, receivers need to be ready for the ball and need to be reliable. Brate showed he could do both and be very helpful for Winston and the offense.

On this play against the Chargers, Brate shows he can—and isn’t afraid to—go up for the ball. Jameis Winston puts the ball where Brate can get it, and he goes up between three defenders to pull it down.

Brate isn’t a track star by any means, but he has enough speed to get down the field and make some big plays. His 11.6 yards per reception was better than athletic Eagles tight end Zach Ertz. Here, he runs through the zone coverage and Winston hits him for a gain of 38 yards.

And in the same game, Brate scores the go-ahead touchdown with under ten minutes remaining.

Brate’s quarterback throwing this ball to him and trusting him to come down with it shows the belief in the young tight end. Tampa selected stud Alabama tight end O.J. Howard with their first-round selection when he dropped to the 19th pick in the draft. I thought Howard was a top-ten talent, and I loved the selection, but Brate will still have a role with the Buccaneers. Look for Brate and Howard to be one of the best tight end combinations in the NFL, as the Buccaneers attempt to make the playoffs for the first time since 2007.