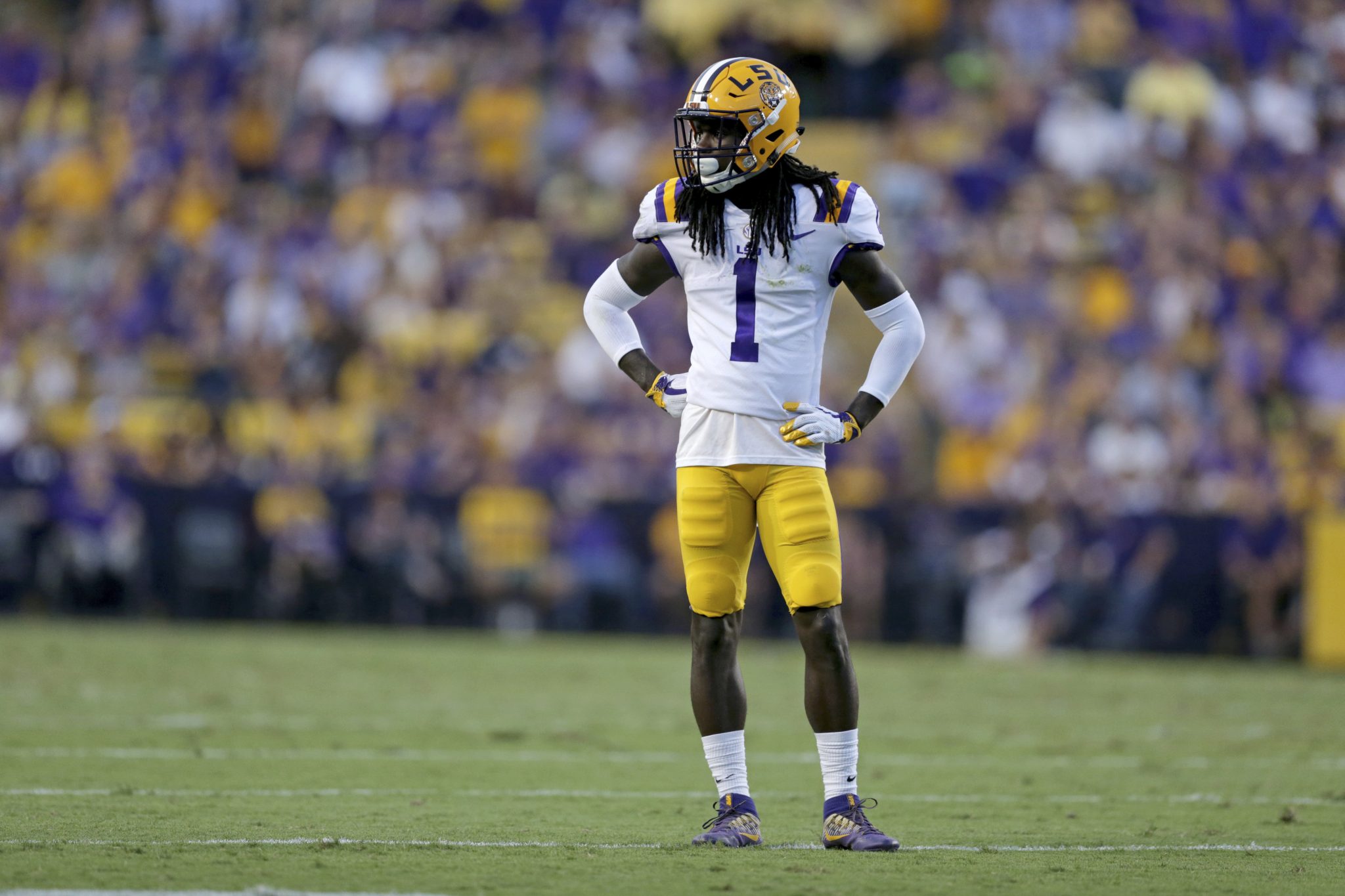 
The 2018 NFL Combine will conclude on Monday when the defensive backs hit the field, and all the cornerbacks and safeties are worth watching. If you missed If you missed who I’m watching on the first three days of the Combine, you can check them out here: Day 1, Day 2, Day 3. [Note: the position rank is where I currently have them in my yet-to-be-released rankings that will be tweaked and published after the Combine]

People are just starting to catch up on Jaire Alexander for whatever reason, but he’s a top-ten prospect for me as a playmaking cornerback and returner. I think after Monday’s workout, Alexander will be undoubtedly considered a first-round pick due to his combination of athleticism and toughness/intelligence, which he will display both on the field and in the meeting room.

We will have a very strong cornerback group on the first two days of the draft, and Davis is currently ninth at the position for me, but there isn’t much separating him from the borderline top-five guys. The big-bodied corner could climb if he shows well in the agility drills and runs a good time.

The most important part of the week for Hill isn’t even going to be on the field, as he has the length and ability NFL teams covet, but character concerns could cause him to fall. If evaluators don’t trust him when they get a chance to meet, it could lead to Hill being removed from boards, so he needs a good week in interviews.

All eyes should be on the field and/or screen when the LSU speedster is ready to run on Monday, as Jackson has a real shot as breaking John Ross’ 40-yard dash record (4.22). It would be shocking for the record to last just one year, but Jackson is a literal track star and has been preparing with the same speed coach that Ross did for the highly-anticipated run. Also, for what it’s worth, he and his former college teammates believe he has a shot.

Another Jackson with an important run this week will be Josh Jackson, as the Iowa corner has the production and ball skills of a first-round corner, but teams might be hesitant in April if he doesn’t run a quality time. On the other hand, a strong run could prove he will have no issues sticking with NFL receivers like he did at Iowa.

As I said for the players to watch on Day 3, the Combine gives people an opportunity to better evaluate players there might not be much tape or information on. That includes small-school Chandon Sullivan, who showed great competitiveness from what I saw at Senior Bowl practices. He will have an opportunity to impress NFL teams on Monday.

Wallace should breeze through the on-field drills after being coached up by Nick Saban at Alabama, but teams will be interested to see all the speed/agility times from the former walk-on. I think they will be solid, but perhaps I’m wrong, which could explain why many draft analysts have Wallace as a Day 3 guy.

The 2018 safety class has an unquestioned top-two of Minkah Fitzpatrick and Derwin James, but there should be some underrated options on the board after Day 1, too. That includes Marcus Allen, who is a tone-setting safety that plays close to the line of scrimmage; ball skills and athletic testing will be key for him at the Combine.

I’ve compared Elliott to former first-round pick Ha Ha Clinton-Dix out of Alabama, as they are both all-around safeties that can come up and tackle or drop back and take the ball away in coverage. On tape, Elliott has the size and speed to play both safety spots, so I’m interested to see what he runs.

Fitzpatrick doesn’t have anything to prove on Monday, but I’m certainly intrigued to see if he participates in both safety and cornerback drills. While he has the ability to be a perimeter corner, I think the Saban disciple is better left as a versatile safety that will drop down into the slot like he was used in college.

James might run a 4.4 and approach a 40-inch vertical, which is crazy in a lengthy, six-foot-three frame. Like other “freaks” Saquon Barkley, Lamar Jackson, and Vita Vea on the first three days, the Florida State product is worth watching based on entertainment value alone. He also happens to be a great player.

The final day of the 2018 NFL Combine begins Monday at 9 AM ET on NFL Network.