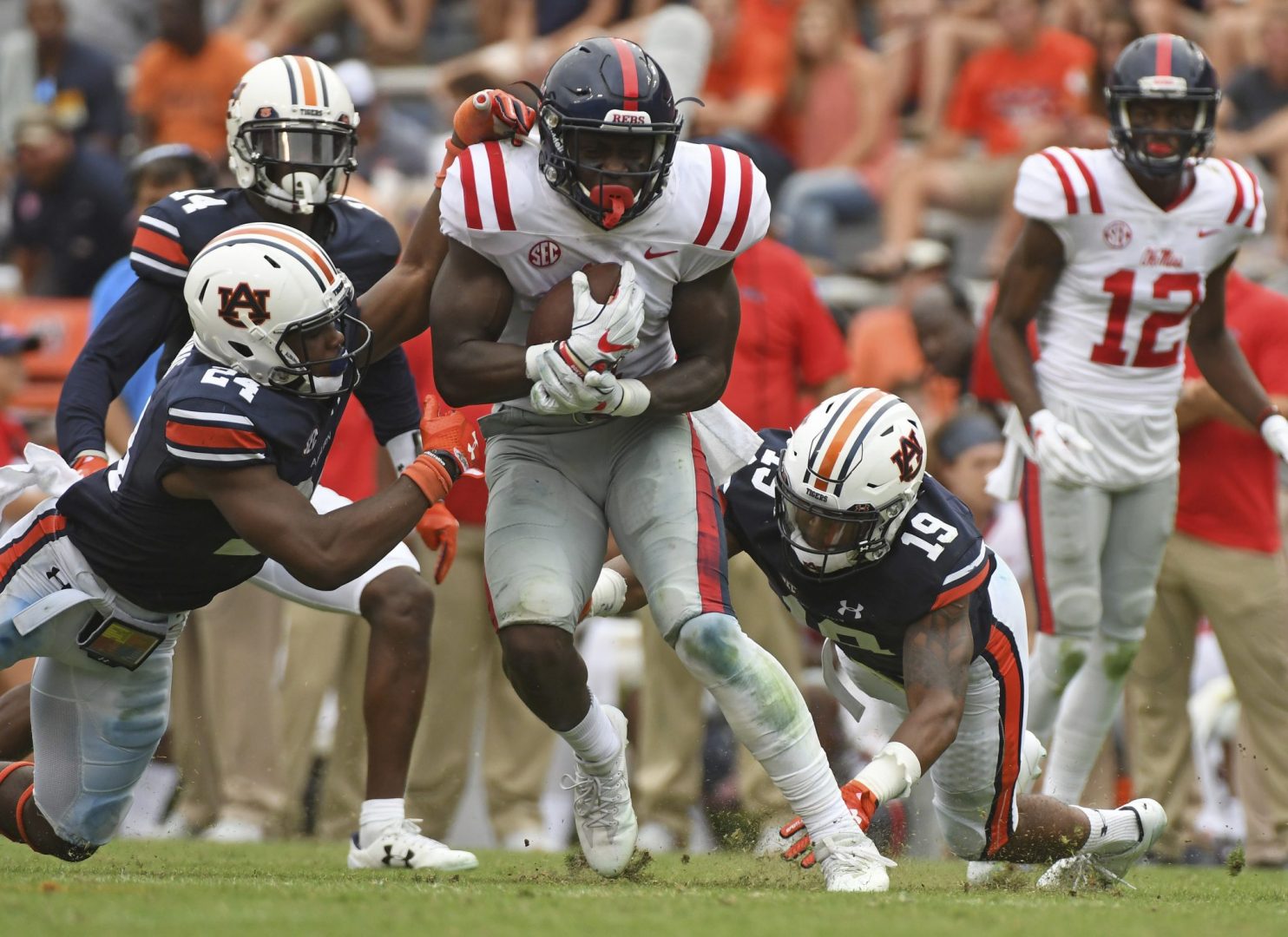 
Ole Miss wide receiver A.J. Brown is an extraordinary athlete that put up big numbers as a sophomore last season. He’s up next in countdown of 2018 Heisman Trophy candidates.

Coming out of high school as a star outfielder in baseball, Brown was selected in the 19th round of the 2016 MLB Draft despite his intentions to play college sports. Brown is obviously very athletic, and he could end up being a top-ten pick in the NFL draft when he declares.

As a sophomore last season, Brown put up very good numbers for the Rebels, catching 75 passes for 1,252 yards and 11 touchdowns. He is truly an all-around receiver, and his 16.7 yards per reception shows he has the speed to get deep and make home-run plays. He doesn’t play baseball for Ole Miss because he signed with the Padres when they drafted him in 2016, but the multi-sport-athlete storyline could still be something that comes into play if Brown is lighting it up this season. Also, Brown might be more involved as a punt returner in 2018, which could mean more explosive, game-changing plays.

Only two wide receivers have ever won the Heisman Trophy: Tim Brown and Desmond Howard. (Three if you count Johnny Rodgers as a wide receiver.) For Brown to win the Heisman, it’s going to take both video-game numbers and Ole Miss exceeding expectations this season.

Ole Miss must drastically improve from last season and become more competitive in the SEC. Brown needs to lead the Power Five conferences in receiving and make game-winning or game-changing plays throughout the year.