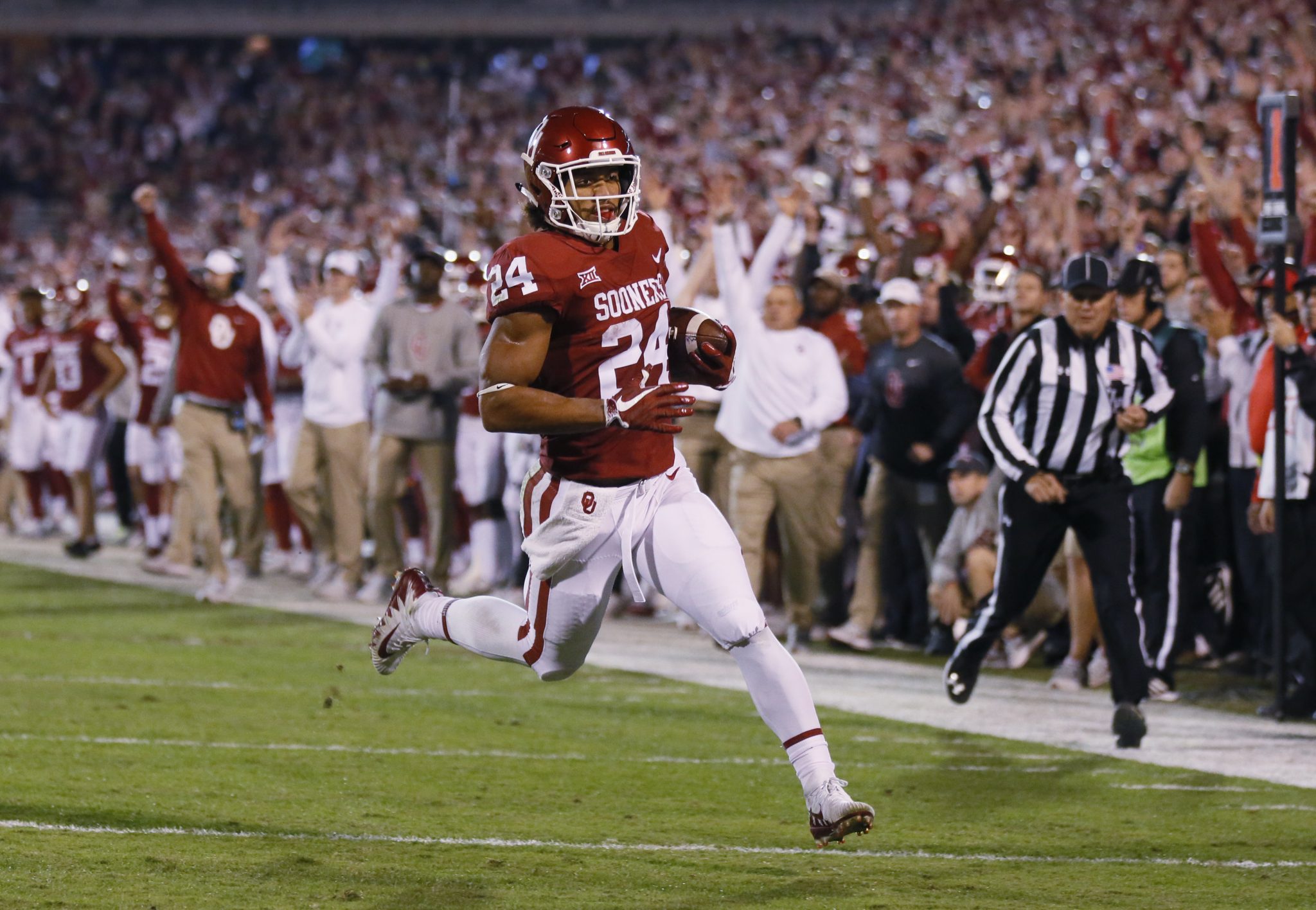 
Baker Mayfield got a lot of the headlines during his magical Heisman season in 2017, but backfield mate Rodney Anderson was a big part of Oklahoma’s offense. He’s a top 20 Heisman Trophy candidate entering 2018.

Anderson was a huge playmaker on just over 200 touches for the Sooners last season, but this season he could become the focus of the offense and push for a second-straight Heisman winner in Norman.

The catalyst of Lincoln Riley’s offense during OU’s run to the College Football Playoff was clearly future first overall pick Baker Mayfield. Now, the super-fast Kyler Murray—who is also a coveted MLB Draft prospect and could end up signing a baseball contract—is expected to be the team’s starting quarterback if he remains in college. To make things more comfortable for Murray (a potential Heisman candidate himself), Riley might decide pounding the ball is a good idea. Also, Murray’s own running ability could open up more running lanes for Anderson. Last season, Anderson had only 188 rushing attempts but gained 1,161 rushing yards and was explosive in the passing game with 281 receiving yards on just 17 receptions. More work could lead to some eye-popping numbers.

Mayfield is one of the best college football quarterbacks of all-time, so it’s fair to wonder if the offense will have a drop-off without him in the lineup. Also, the team in general could take a step back without Mayfield, which could mean Anderson isn’t in the spotlight. As a running back, he’ll need to put up some massive numbers if the Sooners aren’t competing for a conference title.

Head coach Lincoln Riley needs to give Anderson more work as both a runner and receiver, making him the focal point of the offense. The Sooners must win the Big 12 again.