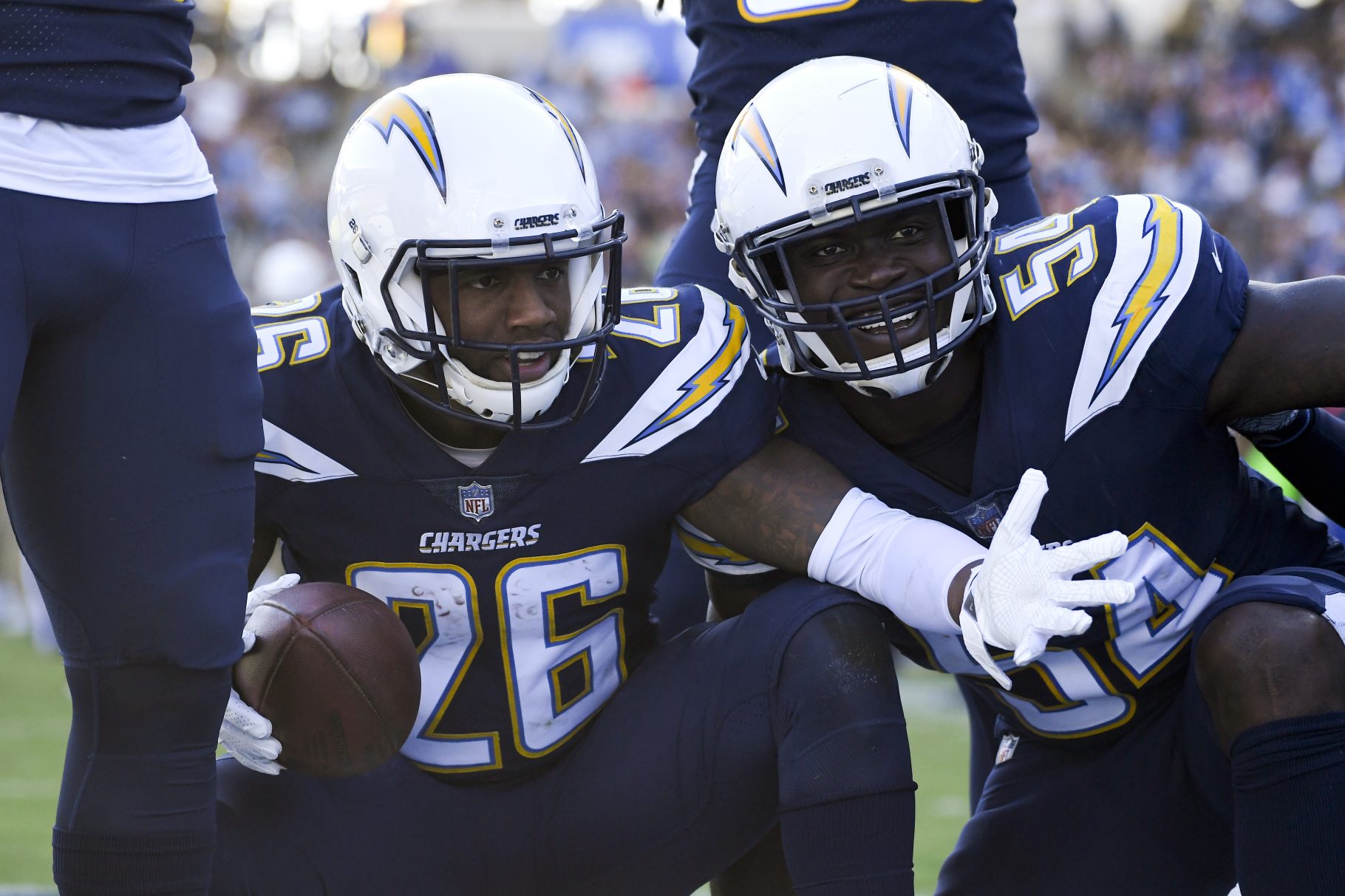 
The 2019 NFL league year officially begins today at 4:00 PM ET, and it’s already been a crazy few days and weeks with moves that can finally be made official. The final offseason preview is for the AFC West. With deals already unofficially being made, there’s a notable move for each team along with two things I would do in the coming weeks.

Joe Flacco is 34 years old, but acquiring a former Super Bowl MVP for a fourth-round pick was a steal by John Elway in my opinion—despite all the talk about Flacco being “overrated” or “bad” or whatever the talk is on social media. If Vic Fangio’s defense is instantly elite, watch out with Flacco leading the offense.

The Broncos picked up Emmanuel Sanders’ option, but they can still trade him. If no one is offering more than a late-round pick, then I’d just hold on to Sanders; but if Denver can get a solid mid-rounder or a starter at another position (like offensive line), the young receiving corps led by second-year players Courtland Sutton and DaeSean Hamilton should be ready to step up.

Add another tight end in the draft

The Broncos have on-roster options in Jake Butt and Troy Fumagalli that could emerge as clear No. 1 tight ends, but the team should again look to target the position to add more depth and competition. Joe Flacco likes to target tight ends, and the team will likely use a good number of multiple-tight-end sets under new offensive coordinator Rich Scangarello.

Also, the Chiefs are trading franchise-tagged Dee Ford to the Niners for a 2020 second-round pick, according to multiple reports. The Mathieu move gives Kansas City more versatility in the secondary with perhaps the best safety combination in the league.

Find edge rushers in the draft

With Justin Houston released and Dee Ford traded to San Francisco, the Chiefs are looking for a couple of edge rushers in their new 4-3 defense under defensive coordinator Steve Spagnuolo. It’s possible 2017 second-rounder Tanoh Kpassagnon and 2018 second-rounder Breeland Speaks both emerge, but this draft has plenty of depth on the edge.

As stated a few times in previous offseason blueprints, there are also plenty of big receivers available in this year’s draft. Tyreek Hill and Sammy Watkins are firmly intrenched as starting receivers along with All-Pro tight end Travis Kelce navigating the middle, and this offense could get even scarier if it adds another monstrous target for Patrick Mahomes. The team gave this a shot when signing Kelvin Benjamin during last season, which might have hinted at what they’ll look to do this offseason. I do like Chris Conley as a third receiver that does what he’s asked, though, and would try to re-sign him on a deal that won’t likely be costly.

Davis will turn 36 later this month, but he helps fill a need at one of the weaker positions on LA’s roster. They also re-signed middle linebacker Denzel Perryman before the start of the new league year.

Add depth all over

Overall, there aren’t really any glaring notable holes on the Chargers roster. The linebacking corps is improved with the addition of Davis, and there’s a ton of talent on both sides of the ball. Obviously, every team wants to do this, but LA just needs to keep adding good players that fit their culture to the roster.

Philip Rivers could have another handful of years left in his career, but the Chargers still need to be on the lookout for a potential successor—and I’m sure they are. I would consider Duke’s Daniel Jones if he’s there at No. 28 overall, but it’s also hard to find a spot for Ohio State’s Dwayne Haskins with not many teams in the quarterback market—if he falls, the Chargers should think hard about pouncing.

The Raiders are also signing former Rams safety Lamarcus Joyner. I really like the Trent Brown move, especially with the great pass rushers in the AFC West Oakland will have to go up against. But the AB move will only work out if the All-Pro receiver changes his attitude—the cost of a third- and fifth-round pick doesn’t make me hate the move, it’s just not something I would’ve done personally after the way Brown acted in Pittsburgh. I think Jon Gruden will know how to keep Brown in check, though, which might’ve made the Raiders the perfect place for him.

The team wants explosive, gamebreaking players, and Tevin Coleman certainly qualifies as that. The former Falcons running back just looks like a Raider, and I’m a bit surprised they haven’t signed him already—perhaps because he shares an agent with Le’Veon Bell, who struggled to get the type of deal he was looking for, which probably meant his agent playing damage control and focusing on that. Coleman looks like he’s shot out of a cannon when he runs the ball, I’ll be shocked if the Raiders don’t make him an offer.

At the NFL Combine, new GM Mike Mayock said the Raiders have more needs than he can even talk about, but I believe he’ll want to take best player available anyway. In a draft that’s slanted to the defensive side of the ball, it could work out perfectly for the Raiders and their three first-round picks and high second-round pick. Gruden should be able to take care of the offense, while the defense can potentially add three-to-four future difference-makers quickly with three of the top 35 picks in the draft. Also, I know they have made it clear he’s their franchise quarterback, but if the team isn’t 100% sold on Derek Carr, it might not be a bad idea to trade one of these late first-round picks from this year for a 2020 first-round pick, which would mean more ammunition (potentially for Georgia quarterback Jake Fromm) next year.