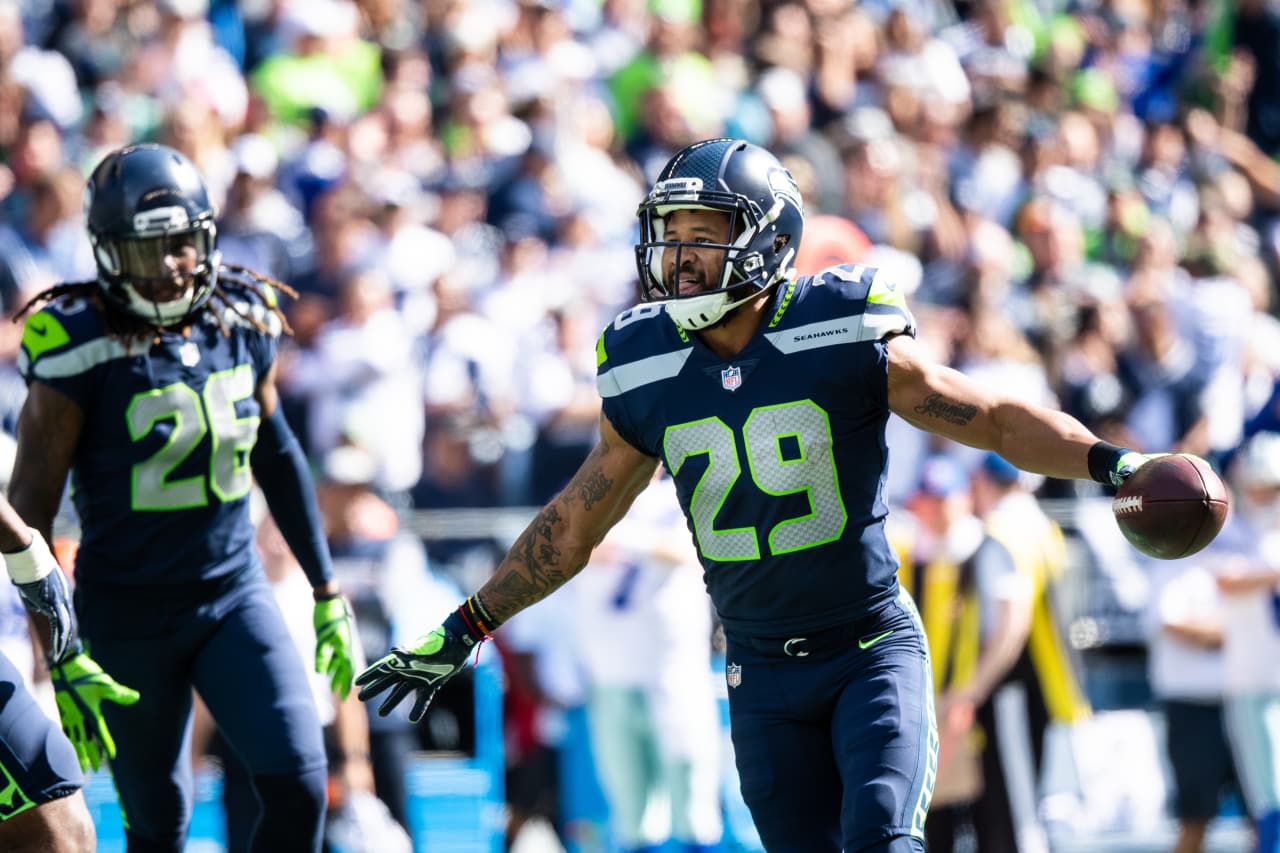 
After breaking down the best team fits for notable QB/RB, WR/TE, OL/DL, and EDGE/LB set to hit the open market, it’s time to close out the week with the secondary. Next month, there will be actual predictions for free agency.

I think we could see Eric Rowe return to New England at the right price after he was a key contributor as their No. 2 cornerback in 2017, but even with the 26-year-old playing just four games before being placed on injured reserve, the Pats were so loaded at the position last year that second-round pick Duke Dawson couldn’t even get on the field after his return from IR in November. If Rowe goes elsewhere, Pittsburgh looks like the perfect landing spot as a team that has been a revolving door at right cornerback (where Rowe is most comfortable). A trio of Rowe, Joe Haden, and Mike Hilton at corner with youngsters Terrell Edmunds and Marcus Allen at safety would be a very stingy group.

Limited to 25 games through four seasons (including just five over the past two years), Jason Verrett might unfortunately be a shell of his former Pro Bowl self at this point. He is still just 27, though, and plenty of teams should try to capitalize on a low-risk, high-reward signing on the open market. Cleveland is finally turning into a real force in the AFC North, so Verrett would be a great flier to audition across from Denzel Ward this summer.

It will be interesting to see what the Eagles do at cornerback this offseason, as they have basically been in the same spot since Doug Pederson took over with a collection of young players that haven’t really separated themselves at the position. As long as the front four can continue creating pressure in 2019, sticking with Ronald Darby and Jalen Mills on the outside will bring continuity for Jim Schwartz’s defense.

The Colts shouldn’t hesitate to lock up Pierre Desir following a breakout 2019 campaign, and I don’t think they will based on his consistent play deep into the season (including a couple great games against DeAndre Hopkins and the Texans). Desir is basically the prototypical corner in Matt Eberflus’s zone-heavy scheme, so it’s best for both he and the team to agree on a long-term deal. I doubt it happens because I think he’s a top-five prospect, but it would be fun to see Georgia cornerback Deandre Baker fall to Indy in the 2019 NFL Draft.

While Chicago is in very good hands with Chuck Pagano replacing Vic Fangio as defensive coordinator, they should still try to keep the personnel from last season if possible. Bryce Callahan unfortunately saw his year end in Week 14’s win against the Rams, but not before enjoying a breakout campaign in which he emerged as one of the best slot corners in the league. There is no reason for the Bears to not re-sign the 27-year-old.

Houston needs to revamp their cornerback group as much as anyone this offseason, as Kareem Jackson is a free agent, Jonathan Joseph turns 35 in April, and former first-round pick Kevin Johnson has just started just 18 games in four years. Bradley Roby is coming off his worst season to date (which is rare for a guy in a contract year), but I think Romeo Crennel can get the best out of him for the Texans, who will play mostly man-to-man coverage.

A solid starter for Todd Bowles over the past two years, Morris Claiborne could follow his former head coach to Tampa Bay this offseason, especially if they aren’t confident in 2018 second-rounders Carlton Davis and M.J. Stewart stepping up at cornerback. A lot of people are unfairly low on Claiborne because he didn’t turn into a star for Dallas as the sixth-overall pick earlier this decade, but he will be a steadying presence somewhere in 2019.

I have Ha Ha Clinton-Dix as my best safety set to be available in free agency, but it’s a stacked group, and most seem to view him as the fourth or fifth option at the position. If teams in the league feel the same way, Clinton-Dix could be a had at a bargain, and it’s worth noting that Mike Mayock ranked the Alabama product as his No. 16 overall prospect in the 2014 NFL Draft. Ha Ha is a do-it-all safety that Jon Gruden wouldn’t have to worry about missing assignments on the backend.

The free agent safeties might be able to command quite a bit of money considering Eric Reid just got a hefty three-year, $22-million extension from Carolina for an unspectacular season, but again, Chicago should do what they can to keep everyone together for 2019. Adrian Amos and teammate Eddie Jackson compliment each other perfectly, so this is a pretty clear fit and one that might be done before the start of the new league year.

Packers general manager Brian Gutekunst didn’t have a successful splurge in free agency last year with Jimmy Graham (three years, $30 million) and Muhammed Wilkerson (one year, $5 million), but right or wrong, I don’t think that will make the franchise revert back to their old philosophy of building through the draft. Instead, they can target a young safety with 25-year-old Landon Collins—who already has a First-team All-Pro selection to his name—joining Jaire Alexander and Josh Jackson in an emerging secondary.

We know Texas native Earl Thomas thinks this is a fit, and I’m guessing Jerry Jones and the Cowboys will now agree since they won’t have to surrender a draft pick for his services. Thomas turns 30 in the spring and is coming off a broken leg, but if Dallas can get one of two years or elite years out of him with their current defensive core, the Super Bowl window will be wide open for 2019 and 2020. Personally, I’d be hesitant about adding Thomas to the locker room of most teams, but he probably won’t cause issues for his hometown squad.

Linebacker Deone Buccannon was a fit for the Giants yesterday, so why not get another former player for defensive coordinator James Bettcher? Plus, Tyrann Mathieu’s relationship with Odell Beckham Jr.—another LSU guy—could be an additional selling point, and he should see that New York is headed in the right direction under head coach Pat Shurmur. Mathieu is still very much in the prime of his career at 27 (in May).