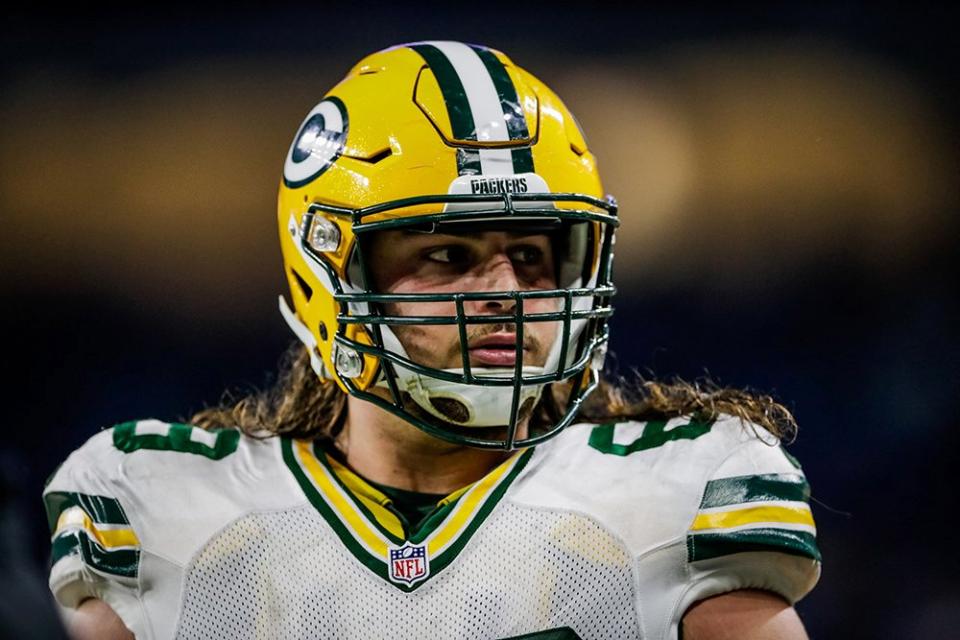 
The season is under a month away and we’re going to ramp up the All-Underrated series. After going through my selections for the most underrated quarterback, running back, wide receiver, and tight end in the NFL, offensive lineman is the final position for the offensive side of the ball. If you missed the All-Underrated guys for the other positions on offense:

It’s no secret the Green Bay Packers run through Aaron Rodgers—physically (and mentally), you can’t ask for much more from a quarterback. But his protector on the blindside, David Bakhtiari, is a huge reason Rodgers gets extra time in the pocket to make plays, and he is my selection for the most underrated offensive lineman in the NFL.

In 2013, Bakhtiari was thrown into the fire at left tackle as a fourth-round rookie after Bryan Bulaga suffered a season-ending injury during training camp. Since then, Bakhtiari has played in 62 of 64 games while being someone Green Bay can rely on holding it down on the left side of the offensive line.

Teammates can give a good indication of how good a player is, and that’s what Aaron Rodgers did when Bakhtiari signed a four-year, $48 million extension with the Packers at the beginning of last season. Rodgers said of his left tackle:

“I’ve said it over the years I thought he was a 10-12 year left tackle, a mainstay guy you can build your offensive line around. And he hasn’t disappointed those expectations.”

I’ll take Aaron Rodgers’ word for it—Bakhtiari is pretty good. The franchise left tackle helps keep Rodgers upright, and he helps the rest of the offensive line by being able to handle pass rushers one-on-one without help.

On this play, Bakhtiari protects Rodgers for about seven or eight seconds, before Rodgers escapes and runs.

With someone as athletic and patient as #12 back there at quarterback, the offensive line needs to be able to hold their blocks like Bakhtiari does.

Here, Bakhtiari keeps a clean pocket to help the offense take a deep shot down the field. Bakhtiari doesn’t allow Connor Barwin to get near Rodgers, keeping him outside and then setting up like a brick wall when he starts to close the pocket.

And the final play shows the trust Rodgers has in Bakhtiari and the rest of his offensive line. Backed up at their own goal line, Bakhtiari again becomes a stone wall to help allow Rodgers to calmly make a throw to his left and get out of their own end zone.

If Bakhtiari even lets the defender flash in Rodgers’ face, it’d make it a lot more difficult to make that throw.

There are a lot of good left tackles in the NFL, but Bakhtiari might be up there as a top-two player at the position along with the Redskins’ Trent Williams. The 25-year-old Bakhtiari is one of the most important members of the Packers, and he’ll be a big part of their success in 2017.