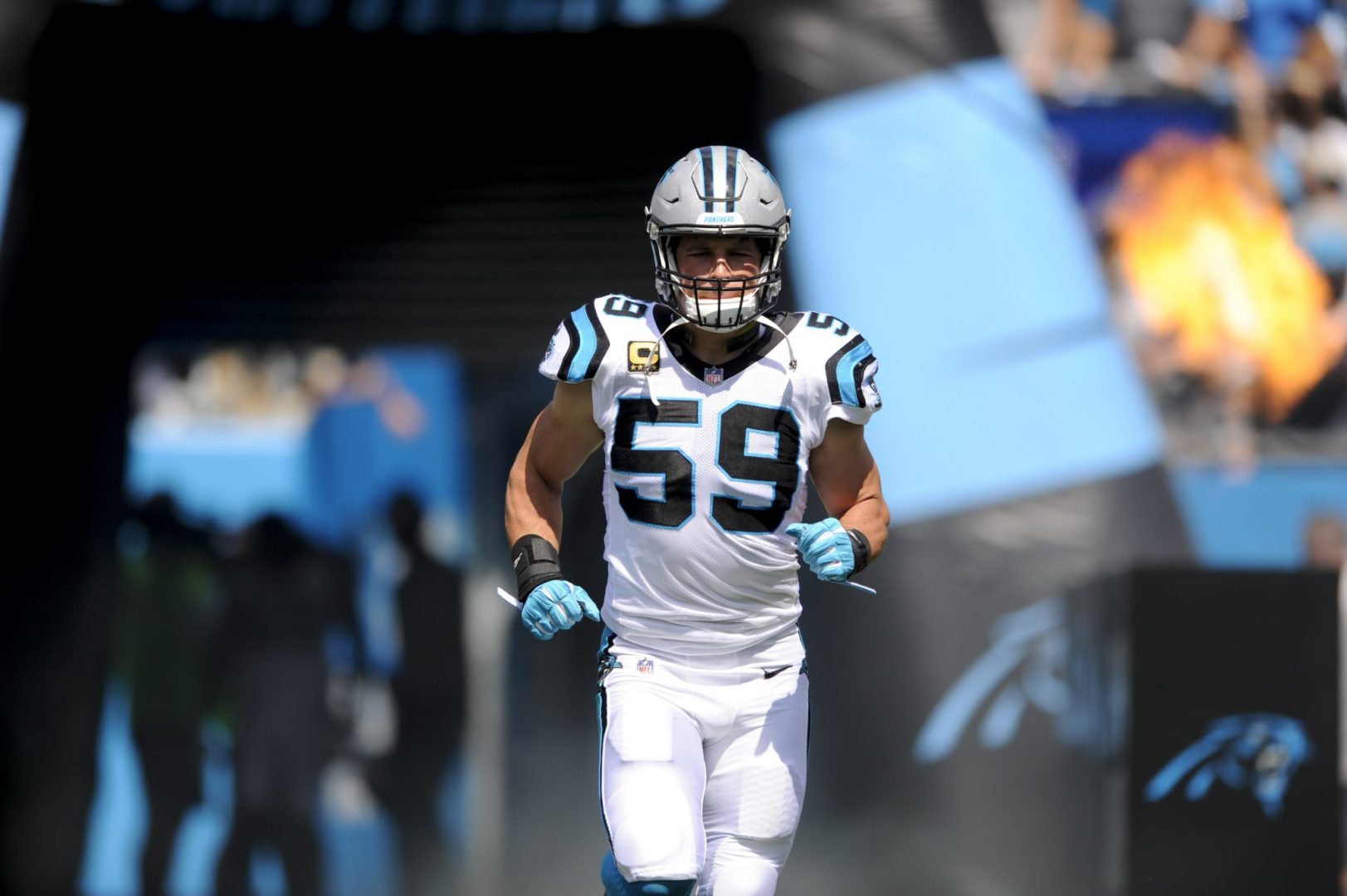 
With just one more week until the first week of the 2018 NFL season, our countdown of the top players at each position will conclude with off-ball linebackers, cornerbacks, and safeties, starting today with off-ball linebackers. Again, there are many great players that were left off the list and easily could have been on it. Here are the other positions to this point:

The Eagles won Super Bowl LII last season, and everyone knows about the serious reinforcements they’re getting back from injury on offense—Carson Wentz, Jason Peters, Darren Sproles. But linebacker Jordan Hicks’ return is probably flying under the radar entering the 2018 season. When on the field, the 2015 third-round pick has been the best player on Philadelphia’s defense along with Fletcher Cox, but he’s had two of his three NFL seasons cut short by injury. In 2016 when he played a full 16 games, Hicks recorded five interceptions as a playmaking linebacker. Hicks is an all-around player that should be considered one of the league’s best linebackers if healthy in 2018.

Jacksonville is loaded with talent on defense, and Myles Jack also could have made this top ten; but Telvin Smith, who had 102 tackles, three interceptions, one sack, and one defensive touchdown last season, makes the list. Smith is one of the fastest linebackers in football, and his great speed allows him to fly around the field and make plays for the Jags. He slices through blockers to get to running backs, and his athleticism helps when playing zone and man coverage.

Teammate Anthony Barr was very close to making the list, but the man in the middle of the Vikings defense is squarely in the top ten off-ball linebackers for 2018. Eric Kendricks immediately stepped into Minnesota’s defense as a Pro Bowl-caliber player, and he’s recorded 314 tackles, 7.5 sacks, two interceptions, and two defensive touchdowns through three seasons. Kendricks, who was given a five-year, $50 million contract this offseason, is a very safe bet to be among the league’s best linebackers for perhaps the league’s best defense this season.

Playing for a Buccaneers team that hasn’t had much success in recent years, along with playing outside linebacker instead of the traditionally-acclaimed middle linebacker spot, probably leads to Lavonte David not getting as much recognition as he should as a great player. However, there is no question he’s one of the best off-ball linebackers in the NFL entering 2018. The 2013 All-Pro has finished Second Team All-Pro in each of the last two seasons, as his speed and tenacity allows him to make plays on all levels of the field. With 765 tackles, 18.0 sacks, and ten interceptions through six seasons, David could be on track for the Hall of Fame if he keeps it up.

The off-field issues are a concern, but Reuben Foster’s talent is undeniable, and we think he can take a huge step near the NFL’s elite linebackers in 2018. The former Alabama star could’ve been a top-five or top-ten selection in last year’s draft if he was being judged solely on football ability (though his shoulder issue also might have knocked him down the board). Foster has great sideline-to-sideline ability. He’s a playmaker. And he is among the hardest hitters in the NFL, which helps set a tone for the defense.

In pass coverage, it doesn’t get much better for a linebacker than Ravens star C.J. Mosley, who has 31 pass deflections and eight interceptions through four NFL seasons; but he is also a very reliable player against the run. Mosley is another star from Alabama, where he won two national championships and was a two-time All-American. Mosley has been named Second Team All-Pro in 2014, 2016, and 2017, and he’s just 26 years old with many promising years ahead of him.

Availability is the best ability, and unfortunately Sean Lee has had trouble staying available throughout his career for the Cowboys. But when he is on the field, there aren’t many more impactful players than him. Lee does it all for Dallas, from blowing up opposing running backs to blanketing tight ends down the field, and the difference has been felt when Lee hasn’t been on the field for them. In the five games Lee missed last season, the Cowboys went 1-4, which indicates how valuable he is for that defense and for the team.

After missing the playoffs the last few years before 2016, Deion Jones was a big part of the Falcons making the postseason in back-to-back seasons, including their appearance in Super Bowl LI. As a second-round rookie in 2016, Jones recorded 108 tackles, three interceptions, and two defensive touchdowns; and he followed it up with 138 tackles, one sack, and another three interceptions last season. With a tough mindset and exceptional athleticism that translates to the field in both run and pass defense, Jones has everything you want from a linebacker. He could be in the discussion for the league’s top off-ball linebacker this season—if he isn’t there already.

The Seahawks have a revamped defense entering 2018, but Bobby Wagner’s presence should make the team still feel good about where they stand. The Super Bowl XLVIII champion has been named First Team All-Pro in three of the last four seasons, and he seems to be getting better each year. Despite being relatively undersized, Wagner plays the run as well as any linebacker in the league; and his speed allows him to cover a lot of ground in zone coverage. Wagner will remain among the best this season.

Luke Kuechly was a can’t-miss prospect in the 2012 NFL Draft, but the Panthers were happy and remain happy after somehow getting him ninth overall that year. Through six seasons, Kuechly has 818 tackles, 10.5 sacks, 15 interceptions, 48 pass deflections, one defensive touchdown, four First Team All-Pro nods, NFL Defensive Rookie of the Year, and NFL Defensive Player of the Year (the youngest player to ever win the award). Kuechly is simply a machine that is esteemed for being as smart as even the smartest quarterbacks on offense, which helps his defense get in the right play—an underrated aspect of the game. It’s likely the case for most NFL players, but it’s especially obvious how much Kuechly cares about the game, and the frustration is evident when his defense gets close to making a stop and doesn’t make it. Kuechly remains the NFL’s best linebacker for 2018.