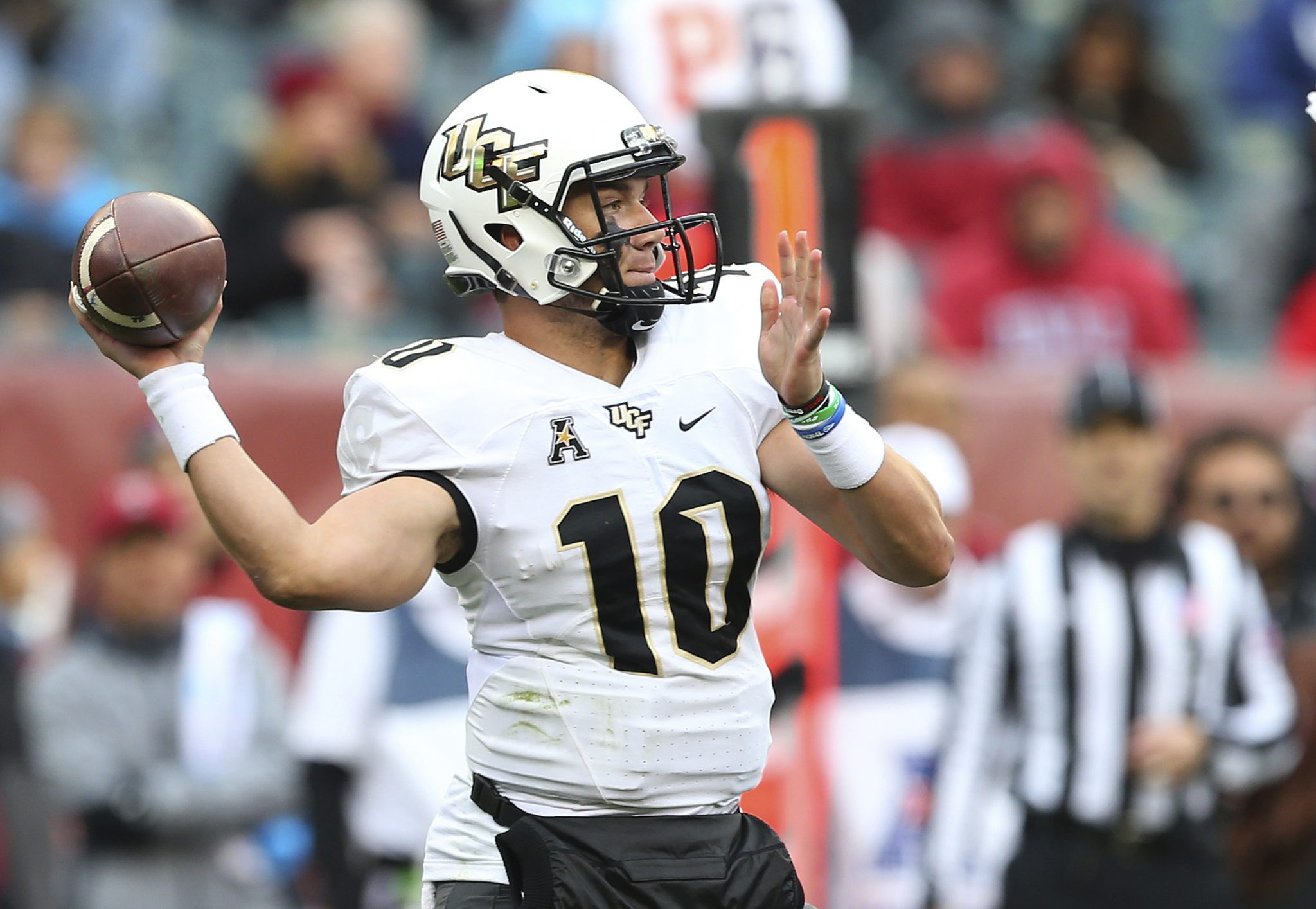 
Last season, McKenzie Milton helped lead UCF to an undefeated season. He lands in the top 15 of our 2018 Heisman Trophy candidate countdown.

It might be difficult to replicate the magical run from 2017, but Milton will be among the strongest Heisman candidates if he and the Knights do.

After last season, Milton and UCF are on everyone’s radar heading into 2018. Milton received four first-place votes for the Heisman Trophy last season, and he finished eighth in the voting. If four voters were willing to give Milton the nod in 2017, an even better season could lead to a legitimate Heisman candidacy. Also, Milton is simply a stud quarterback that throws the ball accurately and on-time, and he can contribute as a runner—he’s just a really good player.

UCF being on everyone’s radar could also be a curse, as they could have a target on their back every week after proclaiming themselves as national champions. The bigger concern might be head coach Scott Frost departing for the Nebraska job, as Frost is clearly one of the best offensive coaches in college football. However, Milton does get another former national champion-winning quarterback, as former Oklahoma Heisman runner-up Josh Heupel (who was Missouri’s offensive coordinator the last two seasons) is now his head coach—though the change could take some adjusting.

UCF needs to follow up their undefeated 2017 season with another undefeated year in 2018. Milton needs to play as well as he did last season and take his numbers to another level.