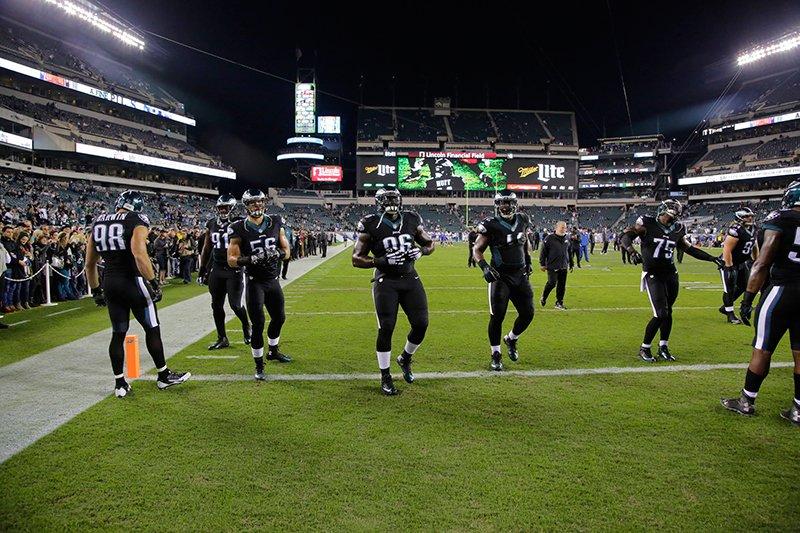 
There are quite a few “underrated” players in the NFL, but a few really stand out. Before we get to my pick for the most underrated interior defensive lineman in the NFL, here are the other six players underrated players I’ve written about so far.

As stated, some players in the league really stand out as being underrated. 27-year-old defensive tackle Bennie Logan is one of those guys. Logan, who spent his first four seasons with the Eagles, has moved on to Kansas City after the Chiefs signed him to a one-year deal this offseason.

With the Eagles, Logan played in two different schemes: a 3-4 defense when Chip Kelly was the head coach from 2013-2015, and a 4-3 last year with new defensive coordinator Jim Schwartz. Playing as a two-gap nose tackle, Logan was a huge part of an elite run defense for the Eagles during much of the 2013 and 2014 seasons.

While many people think of a soft defense for Chip Kelly-led teams, that was far from the truth—the Eagles were stingy in there, and they were the hardest team in the NFL to run on when they were at the top of their game. Take, for example, DeMarco Murray’s 2014 season when he ran for 1,845 yards.

Murray averaged 4.7 yards per carry that season, but the Eagles limited him to 3.0 yards per carry on 51 carries in two games. Bennie Logan was right in the middle of it, anchoring the Eagles defense. He had 58 tackles that season, then followed it up with 55 tackles in 2015. As a two-gap nose tackle, Logan did exactly what was asked of him and was among the best players at his position.

When the Eagles switched coaching staffs and went to a 4-3 defense, Logan again had a very good season. He set a career-high in sacks with 2.5, despite missing three games with a groin injury. Now, he’s back at nose tackle in a 3-4 defense with the Chiefs and is expected to be an integral part of the team.

The film shows that Logan is simply a monster as a bulwark up front. Though he’s relatively undersized as a nose tackle at about 6’2” 310-315 pounds, Logan has more than enough strength and can use his great quickness as a big guy to his advantage. Here’s one example:

To be as good as he is, Logan doesn’t only rely on his quickness. When two-gapping in the 3-4 defense, Logan would easily control offense lineman by basically bench pressing them before either making the play or helping one of his teammates make the play.

And while his sack numbers aren’t eye-popping, Logan is one of the better pass rushers at nose tackle in the NFL. On this play, while Ben Roethlisberger does hold the ball, Logan beats the guard and envelops Roethlisberger for a sack. He also blocked a field goal in this game.

The Chiefs made quite the addition when they signed Logan this offseason, and Logan should make an already top-level defense even better. His play speaks for itself, but if you don’t want to watch him play and/or take my word for it, $100-million-man Fletcher Cox (Logan’s teammate for four seasons) said in 2015 that he believes Logan was the most underrated player on the Eagles.

So it’s not much of a stretch to say he’s one of the most underrated players in the NFL.