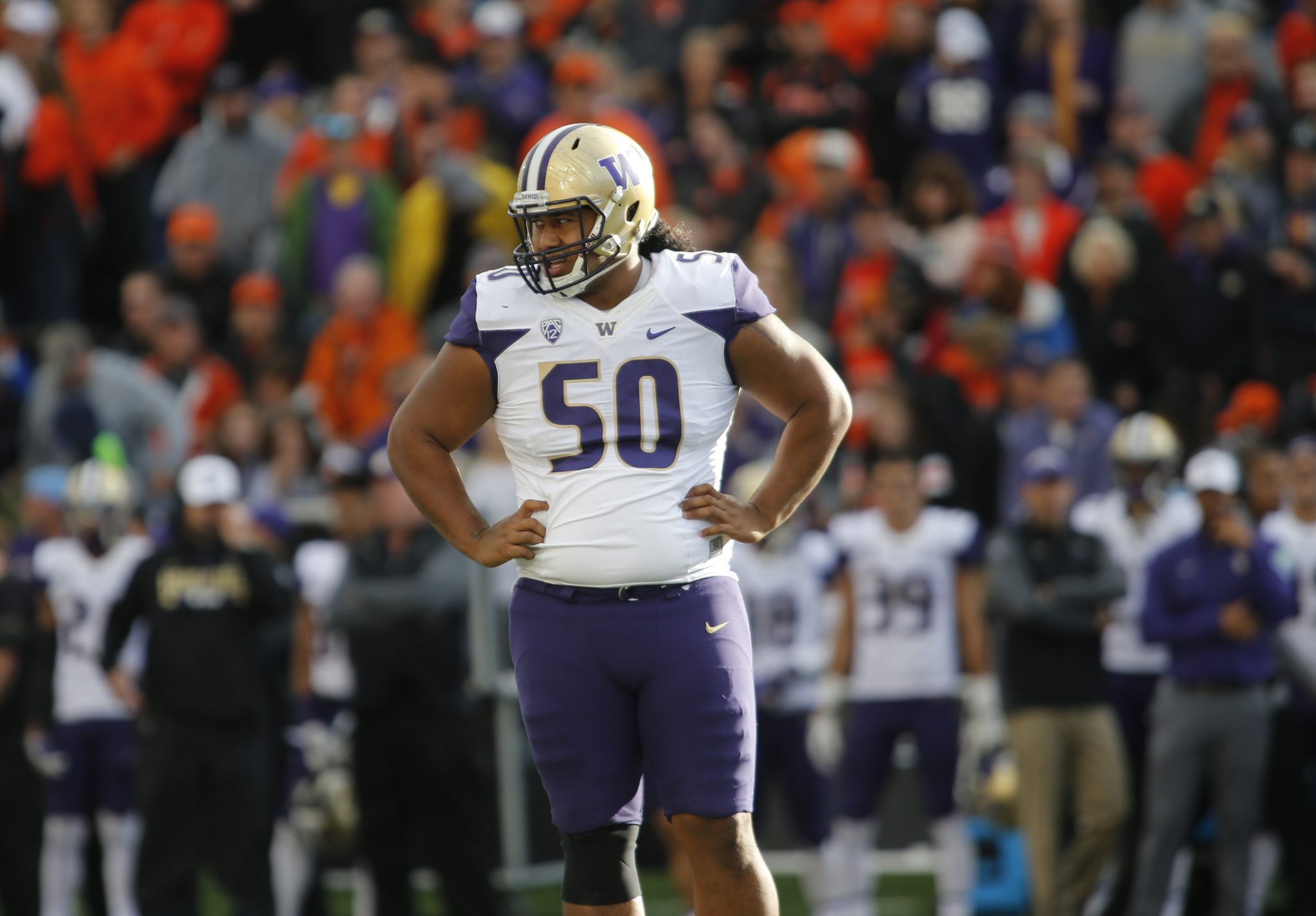 As I said in the most recent overall prospect rankings, Vea “should be able to thrive at any interior position in any defensive scheme” with his combination of quickness and strength. Ngata did the same thing in Baltimore’s 3-4 scheme before going to Detroit and playing in a 4-3 front, and Vea is basically the 2.0 version of the former All-Pro.

Da’Ron Payne showed off his all-around athleticism during his team’s national championship run when he caught a touchdown against Clemson, and like Vea, it doesn’t seem like he should be able to move how he does at his size. I think Payne profiles similarly to Baltimore’s star nose tackle Brandon Williams.

Hurst might not have the ideal size in the middle of a defense, but neither did Geno Atkins when he was a fourth-round steal in 2010. A team that wants him to two-gap end probably wouldn’t get the best out of him, but if Hurst is able to just worry about getting upfield, he could be dominant.

This was a tough comparison because Phillips is pretty unique as an upright defensive lineman who simply produced at Stanford. Matt Ioannidis has more bend, but both guys know how to play the position and use their strength to their advantage inside.

I already have Thompson as a borderline top-50 player, but I think he will rise a little as we get closer to the draft. Both he and Kawann Short can get underneath blockers to create leverage and cause havoc in the backfield, and they each have some good burst to track ball-carriers to collapse on the quarterback.

Bryan could be another riser, particularly if he blows up the combine as many expect. A Defensive Player of the Year candidate for the 2017 season, Cameron Jordan currently plays outside in New Orleans’ 4-3 front, but like Bryan, both players are probably versatile enough to play anything but nose tackle in my opinion. A good defensive coach is needed for Bryan to reach his potential.