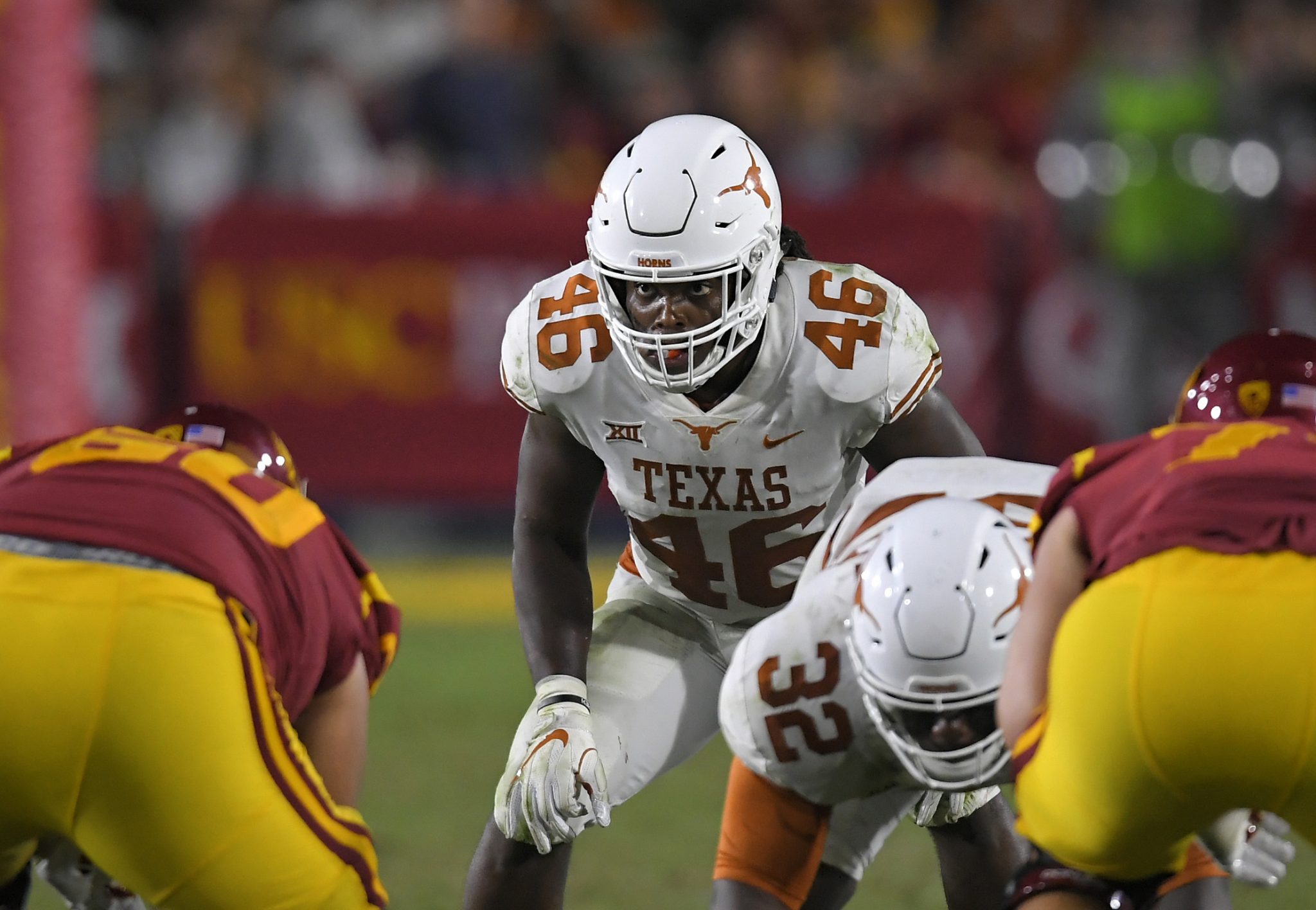 Smith roams sideline-to-sideline making plays thanks to his elite athleticism and intelligence. He is very similar to another former Georgia Bulldog star in Thomas Davis (drafted 14th overall in 2005), and Smith should be a perennial Pro Bowl linebacker if he can stay healthy.

It’s difficult to peg someone as a comparison to Edmunds, as he’s extremely fast and long for the position, but Anthony Barr is what I came up with. Both have unfair tools to work with, and while Barr is more versatile in that he would probably be a star as a 3-4 outside linebacker, too, Edmunds can also rush the passer and cover while flying around the field.

Jefferson didn’t take the step many would have liked in 2017, but the talent is clearly there for the Texas standout. He isn’t undersized (particularly for today’s NFL), but if there’s an issue, it’s taking on blockers, which is one of the only knocks on Ryan Shazier’s game. Jefferson will probably run at least high 4.4 at the Combine.

Evans is listed at six-foot-three, 234 pounds compared to Timmons’ six-foot-one, 242 pounds, so despite being two inches shorter, the NFL veteran is an all-around bigger dude. Still, like Timmons was a force in the middle of Pittsburgh’s defense for the first ten years of his career, Evans was a force for the Crimson Tide, and both have the speed and tackling ability to make an every-down impact.

Speaking of speed, Darius Leonard has plenty of it. He is from a small school, but Leonard is almost certainly going to be drafted on either Day 1 of Day 2, and he will get a lot of comparisons to Deion Jones throughout the pre-draft process because of comparable speed and upside.

Jewell was the center of a tough Iowa defense, and toughness is something that he will bring to the NFL. However, he is a solid athlete, too, and he could be a versatile tackling machine at the next level. I liken him to Kiko Alonso, who when healthy, has been a difference-maker with the Bills, Eagles, and Dolphins.

This was an easy comparison that I saw immediately last month when watching Kizer for the first time. Jon Bostic has bounced around since being a second-round pick in 2013, but he is a thumper that has battled some injuries and had a nice bounce-back season for the Colts in 2017. Kiser is a thick presence in the middle like Bostic, but I think he’s a little more versatile.