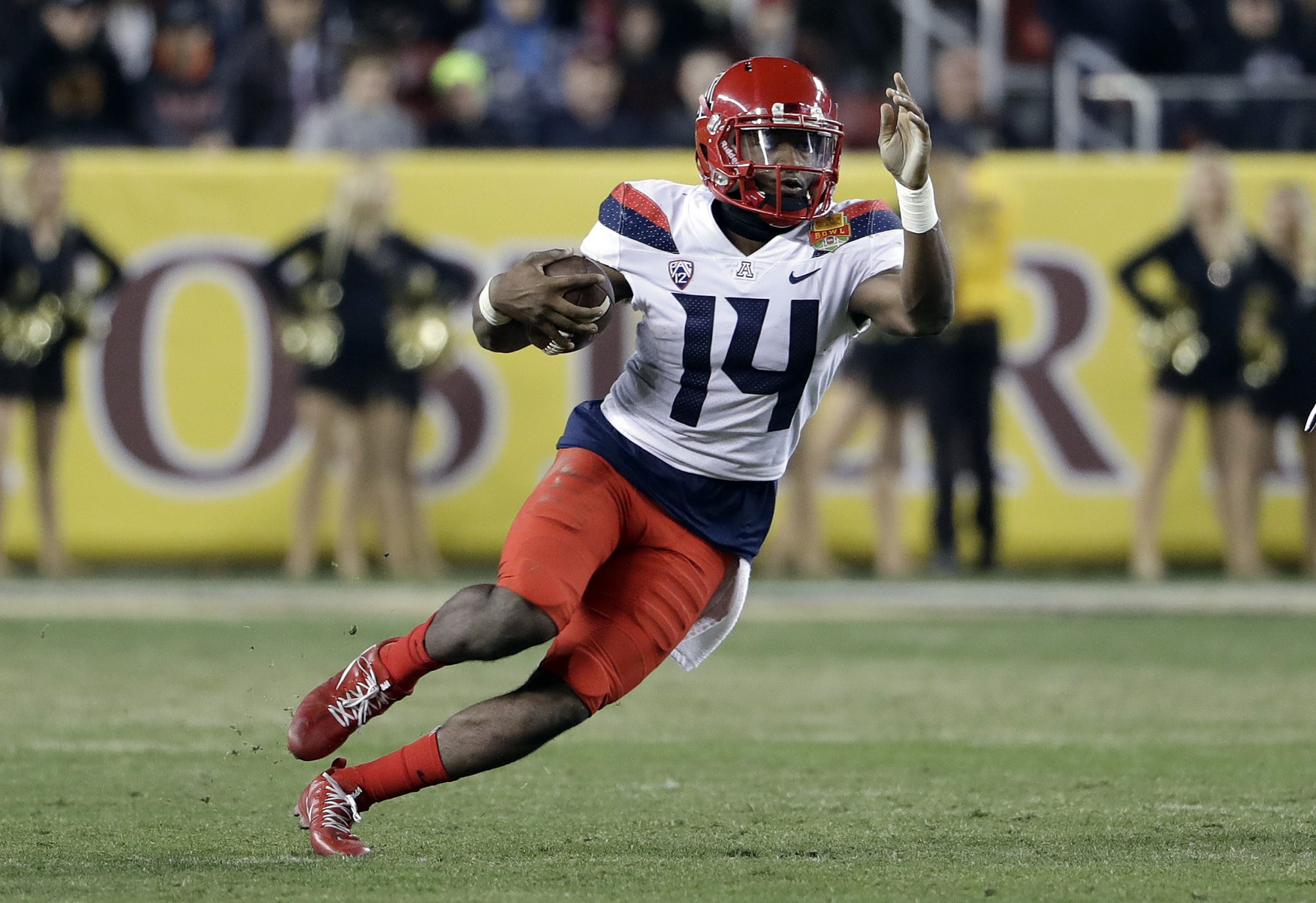 
Khalil Tate put up big numbers on the ground as Arizona’s quarterback last season, and many pushed for him to be a Heisman finalist. He could again be in the mix for the prestigious award in 2018.

Despite being a favorite among some fans and media members, the Arizona quarterback didn’t finish in the top ten of the Heisman voting last year. However, he has a ton of talent and upside, so he could finish a lot closer to the top this season.

The Pac-12 lost quarterback Sam Darnold, Luke Falk, and Josh Rosen to the NFL, which could create a potential opening for Arizona in the conference. Also, not having those future NFLers around could mean more shine for Tate this year. While Rich Rodriguez is a respected coach, many people see the hiring of former Texas A&M head coach Kevin Sumlin to the same position is a positive for the second-year starting quarterback. It’s a new offense, but Tate heads into 2018 with experience and more comfort as the team’s leader—which could lead to a big increase in his passing numbers. Tate is still a good bet for 1,000 yards rushing in the new offense, too.

Tate has a lot of talent, but there’s a chance he doesn’t yet develop into the type of passer that can consistently throw 30+ attempts per game if necessary. Working as the starter last season will help as he enters his junior year, but Tate is still a relatively inexperienced player. It’s a bit concerning that Tate’s rushing numbers fell off a bit after he got off to a red-hot start in the first several games of last season.

Tate again needs to be the dynamic runner he was at the beginning of last season while also increasing his numbers as a passer. Arizona must win double-digit games and compete for a Pac-12 title.