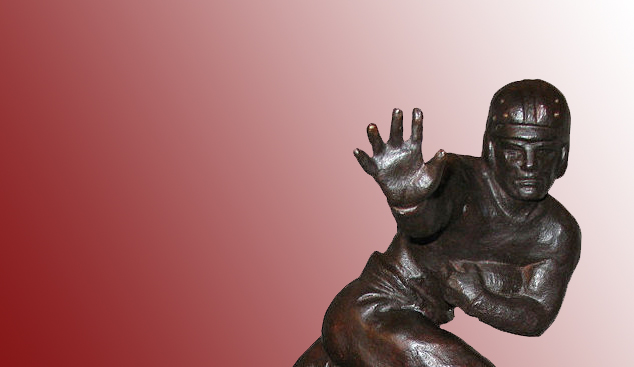 
Our 2019 Heisman Trophy countdown continues with a highly accomplished quarterback playing for a new school. Here’s the countdown to this point:

Playing in Lincoln Riley’s offense in a conference without many stout defenses should allow Hurts to put up big numbers like Baker Mayfield and Kyler Murray before him. Relegated to the backup job last season, Hurts displayed notable improvement as a passer when he entered the game, showing that he’s an extremely hard worker that should be at the top of his game entering his fourth college season. Hurts rarely makes mistakes (48 passing scores compared to 12 interceptions in his career). He will do damage on the ground as a runner, including down by the goal line. Hurts is a determined player after losing his starting job at Alabama despite a 26-2 record and an SEC Offensive Player of the Year award. Oklahoma should remain in the College Football Playoff mix. Finally, Hurts should have the respect of the Heisman voters with the way he handled his situation at Alabama with class and remained ready to contribute for his team when called upon.

While Hurts having the respect of the college football world will help, the Heisman voters might just naturally have fatigue over Sooners quarterbacks—three different quarterbacks from one program winning the award in a three-year span seems crazy. Transferring to a new school and playing in a new offense isn’t easy.

Hurts must put up similar numbers to Mayfield and Murray the previous two seasons while leading Oklahoma to the College Football Playoff.