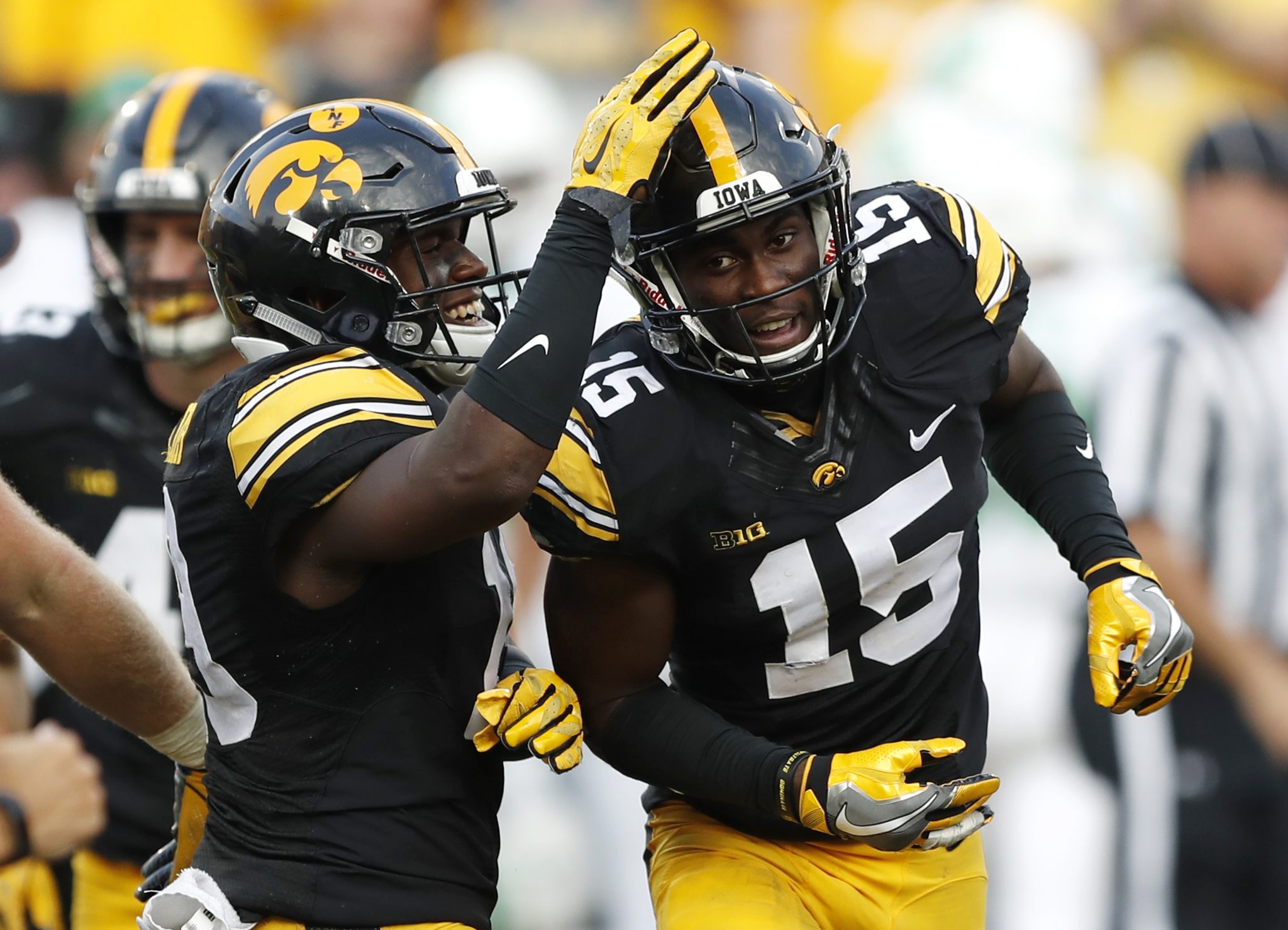 Alexander was injured for most of the 2017 season, but he is a dynamic playmaker when he’s on the field. The Louisville standout should run a blazing 40-yard dash like Slay did (4.36), and both can play every type of coverage, tackle, and take the ball away.

Richard Sherman is taller, but Josh Jackson is extremely long and can play the ball in the air with the best of them. I would say the rookie-to-be is better in man-to-man coverage than the four-time All-Pro, but teams can probably leave him on one side of the field like Seattle did in Sherman’s prime.

Ward is a sticky, man-to-man corner that—despite a “lack of size”—can play inside or outside thanks to his ability to stay on the hip of a receiver. Janoris Jenkins has played all three cornerback spots with the Rams and Giants, and his height hasn’t stopped him from taking on and shutting down the likes of Dez Bryant.

Oliver could shoot up draft boards after the NFL Combine if he performs well in the agility drills, as his length and speed combination is unparalleled in this year’s class. He reminds me of Dominique Rodgers-Cromartie because it seems almost unfair that he can cover the ground that he does to make a play on the ball.

Alabama corners haven’t had the best track record in the NFL, but Wallace isn’t the typical Crimson Tide player after walking on with no interest out of high school and turning into a starter for a championship team as a senior. He doesn’t have the size or speed that others do, but he will simply compete with whoever lines up across from him. Casey Hayward isn’t tall and didn’t run a fast time at the Combine, but he’s turned into one of the best corners in the league.

I think Meeks is going under the radar right now, but he has ideal size and athleticism for the next level. While Nnamdi Asomugha’s career was derailed when he signed with the Eagles in 2011, he was an All-Pro four times from 2006-2010, and quarterbacks found it best to avoid his side of the field when possible. The same has been true of Meeks for each of the past two years.

If an NFL team is looking for a defensive counterpart to Tyreek Hill, it’s probably Donte Jackson. I don’t think there’s a cornerback with the speed of the LSU sprinter currently in the league, but Adoree’ Jackson was last year’s exciting athlete at cornerback, and both make up for size concerns with extreme athleticism.

Davis is another prospect in this year’s group of corners with great length, and even though teams will probably like him as a cover-3 guy, I think can be disruptive in man-to-man coverage, too. Trumaine Johnson has caused problems for big-bodied wideouts in particular, and Davis should be able to do the same.