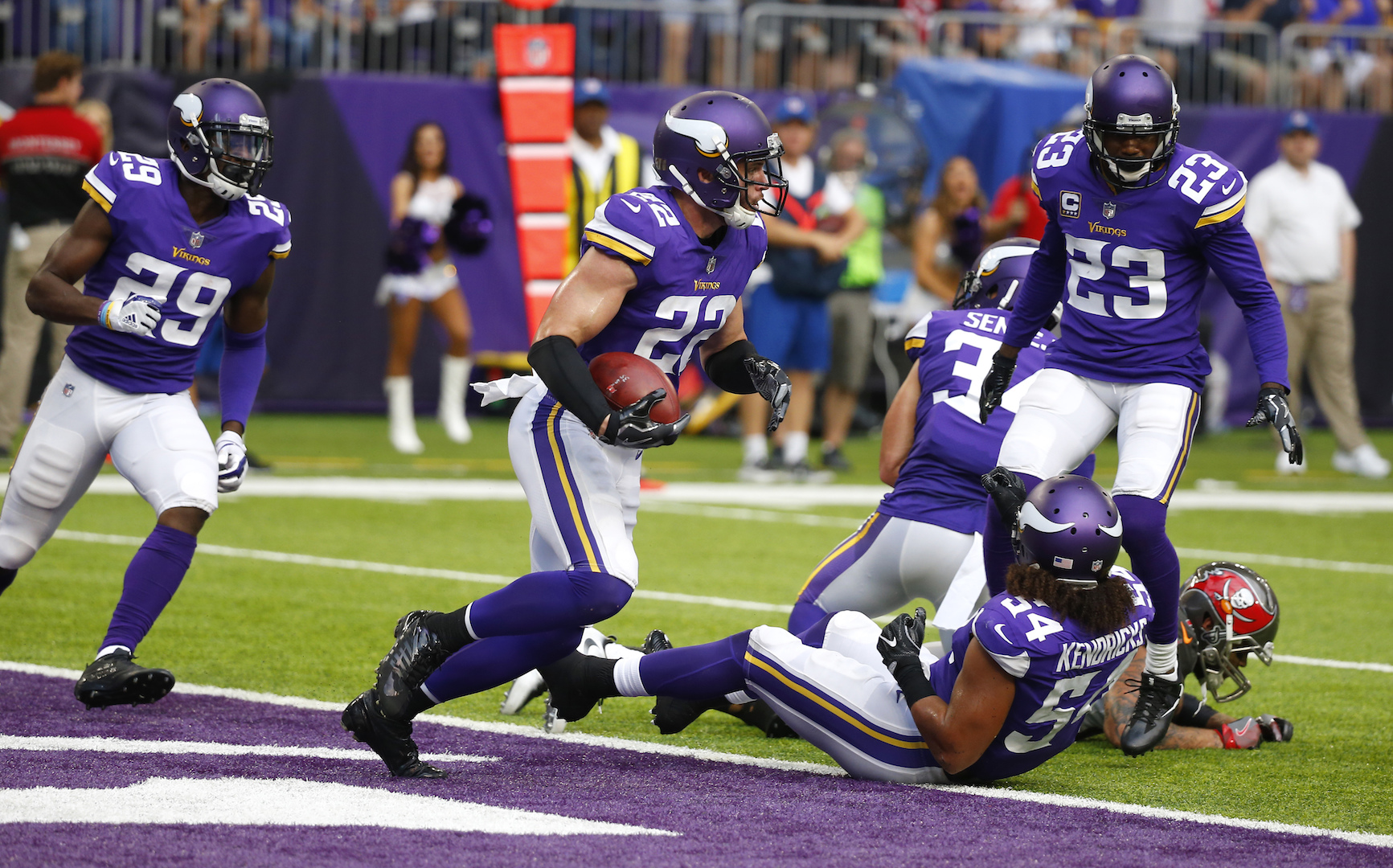 Ranking The Top NFL Safeties For 2018


The preseason is over, and the 2018 NFL season is less than a week away. Our countdown of the top players at each position heading into the 2018 season concludes with the safety position. Opinions vary, but the top six is pretty solid; however, a lot of great players miss the list and easily could be on it. Here are all the other positions in case you missed them:

Some considered Jamal Adams the best player in the 2017 NFL Draft, and the Jets were able to grab him with the sixth pick. As a rookie, he was instantly inserted into the defense as a leader, displaying his all-around game with 83 tackles and two interceptions for Todd Bowles’ unit. Adams certainly doesn’t lack confidence on the football field, and it shows with the aggressiveness in his play. He could have a similar second-year impact as fellow New York (but for the Giants) safety Landon Collins did in the NFL two seasons ago.

There probably isn’t a defensive back receivers would like to see over the middle of the field less than Falcons safety Keanu Neal—especially with Kam Chancellor now retired. Dan Quinn’s hard-hitting safety has drawn many comparisons to Chancellor, including from Chancellor himself. Like the Seahawk great, Neal can do more than just lower the boom, as he’s a sure tackler that forces fumbles and does well in both man and zone coverage.

First-round safety Malik Hooker appeared in just seven games as a rookie last season, but he recorded three interceptions and was finding a groove on the backend of Indianapolis’ defense. Hooker is a solid tackler, but he really shines in coverage. In man coverage, Hooker sticks with tight ends and running backs with ease; and in zone coverage, he showcases his already-elite range to turn deep passes into turnovers. Hooker has the potential to be an Ed Reed type of player.

Devin McCourty doesn’t put up big interception numbers like he did earlier in his career, but he is a leader and sets an example for New England’s defense. McCourty can play deep in the center of the field, up near the line of scrimmage, in the slot cornerback spot, or at a true corner spot—he’ll do whatever is necessary to help the team. The 31-year-old is one of the NFL’s most reliable players entering his ninth season with the Patriots.

As basically the entire team did, Landon Collins took a step back in 2017 after he was named an All-Pro the season before. But the former Alabama star was still one of the best safeties in football last year, and he should be closer to his All-Pro form in 2018. In that 2016 Defensive Player of the Year-caliber season, Collins recorded 125 tackles, five sacks, four interceptions, and one defensive touchdown. Getting even close to that level again would be a great sign for the Giants.

Earl Thomas has long been in the discussion for the top safety in the NFL, and he should remain in that mix if he ever reports to the field this season. Thomas still has the speed to play deep centerfield at a very high level, and he can deliver big this despite not being a huge guy. He arguably hasn’t been as consistent as a tackler in recent years, though, which is part of why he isn’t in the top three.

The top safety rankings are filled with a bunch of first-rounders, indicating that it’s a position with a lot of “hits” on early-round draft choices. Ha Ha Clinton-Dix certainly qualifies as a hit for the Packers as he heads into his fifth season with the team. Clinton-Dix has the versatility to be a huge difference-maker both against the run and pass, which he’s shown to start his career. The 26-year-old is among those with the best range in the NFL.

After a solid rookie season, Kevin Byard broke out and tied the league-lead with eight interceptions while helping lead the Titans to the playoffs last season. Byard was basically a ball-magnet, a trait that some guys just have. The 2017 First Team All-Pro seems to have the right mindset heading into his third season, so expect him to remain among the league’s best in 2018.

These last two safeties have shown they can do it all over a number of years. Harrison Smith was the NFL’s other First Team All-Pro safety last season, as he recorded 78 tackles, 1.5 sacks, and tied a career-high with five interceptions. Through six NFL seasons, Smith has 489 tackles, 9.0 sacks, 17 interceptions, and four defensive touchdowns. Smith has long been underrated, but people might be starting to recognize that he’s one of the best players in the league.

Three-time All-Pro Eric Berry is coming off a torn Achilles suffered in the opening game last season, but the 2015 NFL Comeback Player of the Year is no stranger to returns—it wouldn’t be wise to bet against him in 2018. In Berry’s last healthy season in 2016, he had 77 tackles, four interceptions, two defensive touchdowns, and a game-winning two-point conversion returned against the Falcons. Berry does it all for the Chiefs, and he’ll continue to do it all this season.