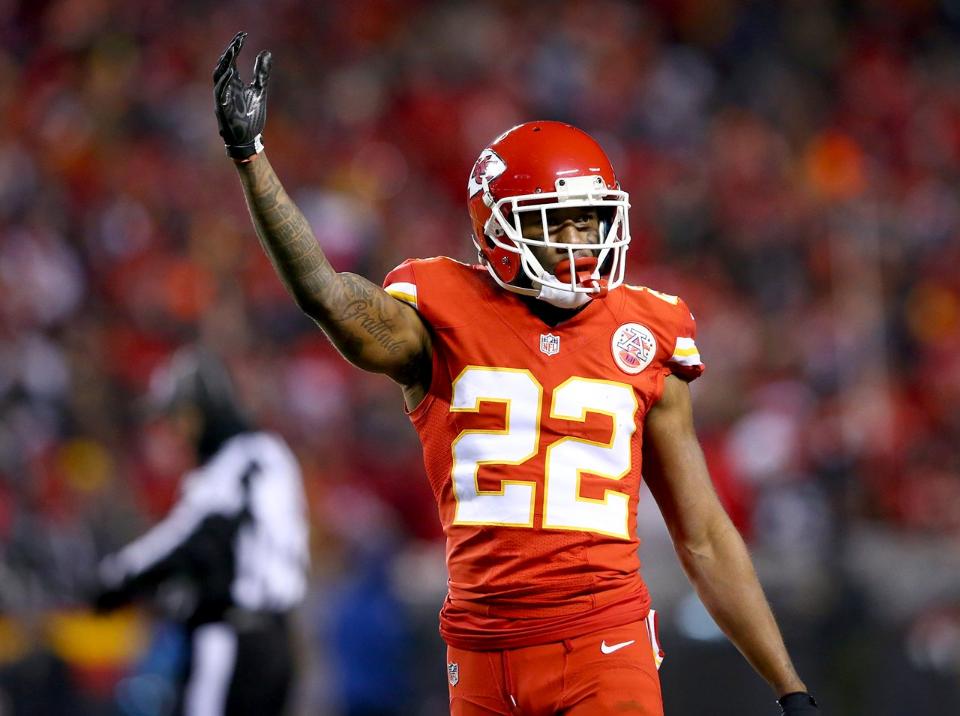 
Of all the positions in the NFL, cornerback is by far the most difficult to rank. “The new receiver” certainly has a lot of players that have no problem saying they’re the best at their position—and you won’t have to ask them twice. As with all these lists, great players are being left off. Probably more than any position, at corner there are players left off that have a case to be in the top five. If you haven’t seen quarterbacks, running backs, receivers, tight ends, offensive linemen, interior defensive linemen, edge players, and off-ball linebackers, you can check them out, but here is goes with cornerback.

While there are so many awesome corners, Patrick Peterson is the best of the bunch. Aside from his 2014 season, when he struggled with his diabetes, Peterson has been a true shutdown corner that can line up anywhere to cover an opposing team’s number one receiver. P2 is also dynamic with the ball in his hands, whether it be on punt returns or after interceptions. He just turned 27 today and is already a three-time First Team All-Pro.

Also 27-years-old, the Vikings’ top corner can also line up and take number one receivers out of the game. Rhodes gave up a 39.2 passer rating last season and was one of the only Vikings to keep up elite play as the defense slid after an outstanding start. The former Florida State Seminole is also a solid tackler at corner. If the Vikings step up as a top team in the NFC this season, look for Rhodes to be a big part of it.

There aren’t many bigger playmakers on the defensive side of the ball than Marcus Peters. The third-year corner has eight and six interceptions through two seasons, and was a First Team All-Pro last year. Peters entered the league and stepped right in as one of the best corners. Offenses should probably have more fear going after him, but it’s clear he’s not afraid of them.

While he might have taken a step back in the last couple of years, Richard Sherman is still one of the best corners in the league. As a big 6’3” corner, Sherman is tough to get open against if given the freedom to put his hands on receivers. A common knock against Sherman has been that he only plays on one side of the field; but he does a great job at it, and he showed what he can do against Antonio Brown in 2015 when he held him in check (although the defense was lit up by other receivers).

Stephon Gilmore notched a career-high five interceptions last season, and he cashed in when he signed a big five-year deal with New England. Bill Belichick and the Patriots obviously believe Gilmore can play at an elite level, and it’s hard to argue against them. Despite entering his sixth season in the league, Gilmore will not turn 27 until September. The former top-ten pick should be a lock as a top-ten corner this year.

This might be too low for Butler, who does whatever the Patriots ask of him on defense. Not only can Butler match up with top guys on the other team, but he might be the best tackler on this entire list. When watching him play, it’s obvious the former undrafted corner plays like he’s fighting for his job on every snap. Butler and his new teammate Gilmore are both arguably top-five corners, and it’ll be hard for offenses to do much of anything against them.

The Redskins’ $75 million man being at No. 7 on the list shows how deep cornerback is. Some people might argue Josh Norman is the top corner in the NFL, and they would be able to make that case—just look at what happened to the Panthers last season without Norman. Great at making plays and punching the ball out, Norman can change games on defense.

After Maxwell had a bad primetime game versus Julio Jones (Julio will do that to you) in his first game as an Eagles two seasons ago, a narrative was created: “Byron Maxwell is not good.” That could not be further from the truth. After the slow start in 2015, Maxwell was among the best cornerbacks in the league, and he continued to play at a high level last season with the Dolphins until his ankle injury. The 29-year-old should keep it up this season.

Before battling injuries throughout the entire season in 2016, Vontae Davis was an elite man-to-man corner for the Colts. Davis is an athletic player and one of the best press corners in the NFL. With an offseason to get healthy, Davis should be back among the best in 2017.