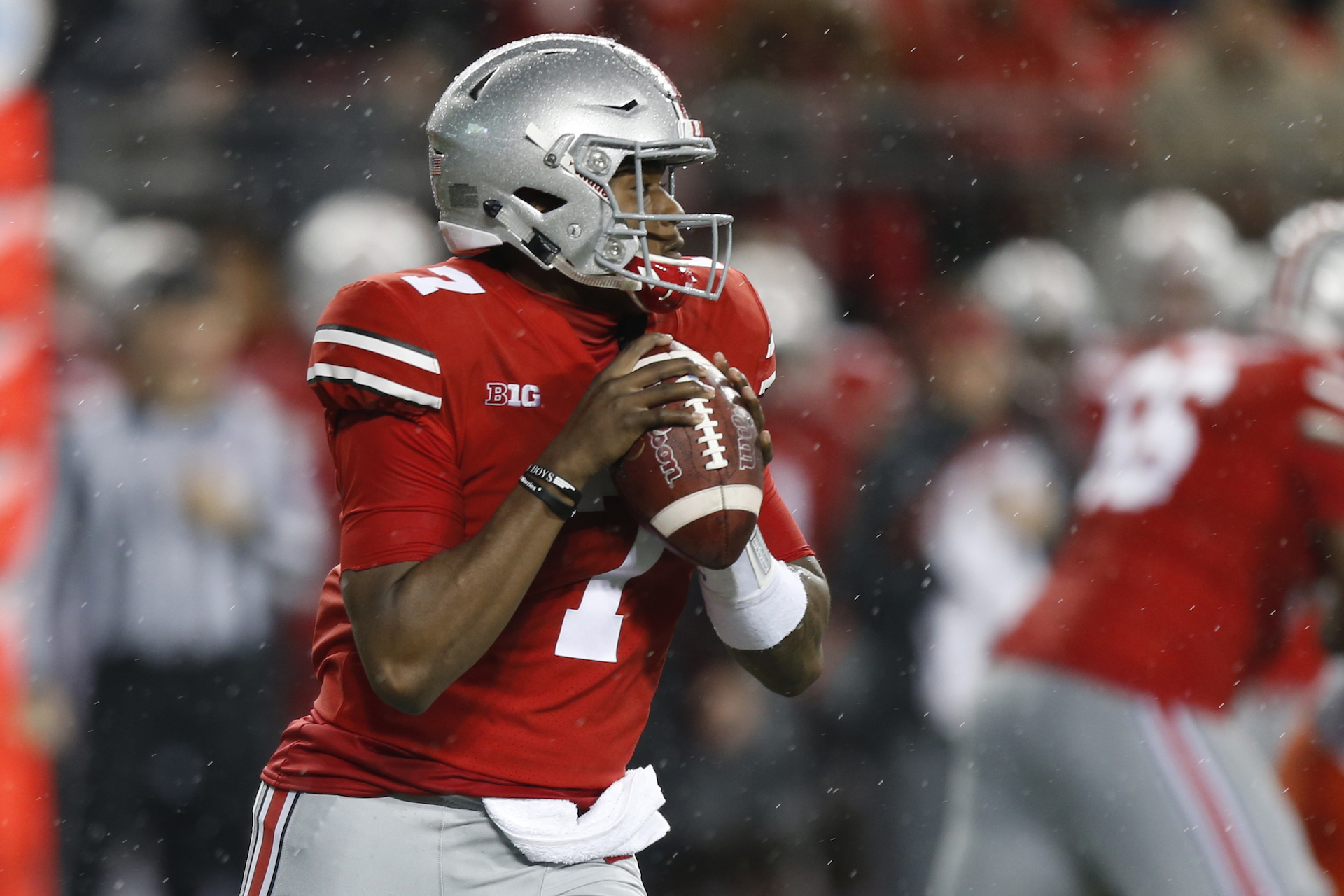 
J.T. Barrett was a stalwart for the Ohio State football program over the last four seasons, but new Buckeyes starting quarterback Dwayne Haskins should immediately insert himself into the Heisman Trophy conversation.

Last season, when Barrett missed some time because of a knee injury suffered from a collision with a cameraman pre-game, Haskins stepped in and showed a major preview of what we could see in 2018.

Haskins is a very gifted passer, with the ability to extend plays with his legs whether it’s to run for some yardage or to buy time and throw the ball downfield. The redshirt sophomore certainly had the on-field ability to start from the moment he stepped onto Ohio State’s campus, but he was just stuck behind one of the best players in school history. Haskins beat out Joe Burrows, who is also a talented player and transferred to LSU, for the starting job, and he now has a chance to lead one of the most talented teams in the country. The Buckeyes are a great bet to be competing for a Big Ten title and a spot in the College Football Playoff, and Haskins is likely to be a big part of it if that happens.

Haskins is expected to be the starter, but it’s not a 100% lock quite yet. Redshirt freshman quarterback Tate Martell, who was the high school player of the year in 2016 and was undefeated as a starter in high school, is also a very talented young player that could push Haskins for the job. As an excellent runner, Martell might get enough time on offense in certain packages even if he isn’t the starter, which could take away from Haskins’ numbers. Also, running backs J.K. Dobbins and Mike Weber could be the focus of the offense.

Haskins needs to be the clear starter for Ohio State, with Martell getting very little time at quarterback. The Buckeyes need to allow Haskins to air it out about as much or more than they let J.T. Barrett throw the ball the last couple of seasons.