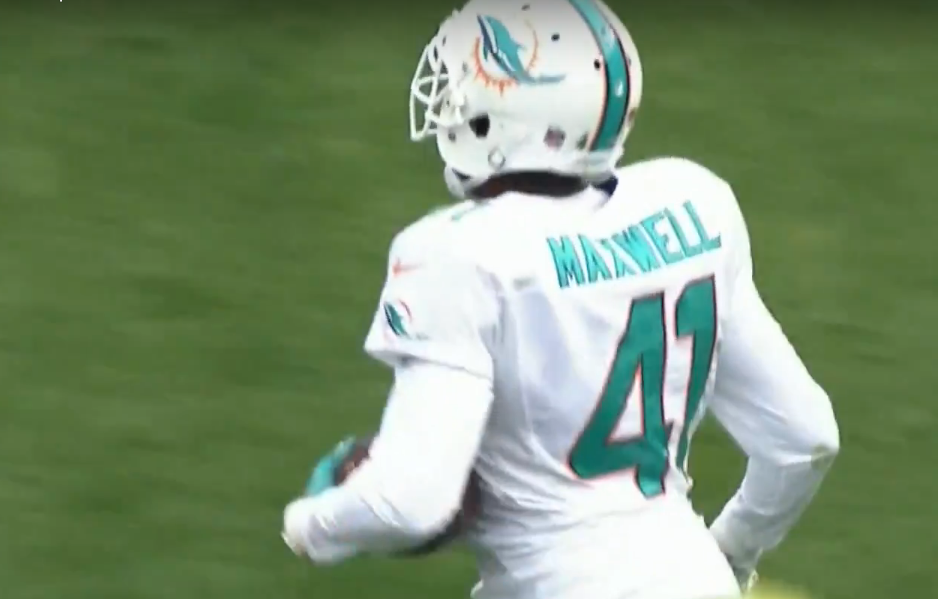 
The 2017 NFL season already started when the Chiefs stunned the Patriots in Foxborough to kickoff the year, but the 2017 All-Underrated Series isn’t done yet. Defensive back is the final spot in the series, and here’s the first eight players in case you missed them:

There are a number of options for the most underrated defensive back in the NFL, but two stand out and they both play for the Dolphins. Cornerback Byron Maxwell and safety Reshad Jones are an integral part of a Dolphins defense that helped the team get back on track in its first season with Adam Gase.

Jones had to undergo season-ending shoulder surgery last October for an injury he played with during the previous season in 2015. In that season, Jones had 135 tackles, two sacks, and five interceptions—a monster season that was not talked about close to enough. But for this feature, I’m going to focus on Maxwell.

When the average NFL fan hears about Byron Maxwell, they think he’s, frankly, a terrible player—but that could not be further from the truth. The narrative about Maxwell being a bad player comes from his first game with the Eagles in 2015 after signing a huge contract. In the opening game of the year, the Eagles played the Falcons—and Julio Jones.

Of course, Jones—who averages the most receiving yards per game in NFL history—is difficult for anyone to cover. The 28-year-old superstar receiver had 300 yards in one game last season. Like Jones does to a lot of people, he got the better of Byron Maxwell in that opening Monday Night Football game, which a lot of people were watching. Memes commenced, and a narrative was created.

Maxwell likely struggled with confidence after that game, but he really found his footing at the middle of the season and played like a true shutdown corner for most of the year. Aside from getting beat by Sammy Watkins—who I believe has elite, top-flight talent—Maxwell did what the Eagles paid him to do.

Last year, the Dolphins made one of the better trades in recent memory when they acquired Maxwell and linebacker Kiko Alonso from the Eagles just to move back from No. 8 to No. 13 in the draft. Alonso was just extended this offseason, and they both were perhaps the biggest reason for the defense’s emergence.

Though he was benched for a brief time last season, Maxwell was again a lockdown defender when he was in the lineup. He used his 6’1” and long-armed frame to jam receivers and attack the ball at the point-of-catch. The former Legion of Boom member forced four fumbles and picked off two passes during his first year in Miami.

While it doesn’t look the prettiest all the time, Maxwell can make sure-tackles when he is committed to it. At times, however, Maxwell will go for a strip on a ball-carrier instead of going just for the tackle—but the risk-reward works out most of the time (as his four forced fumbles from last season displays). Remember, he played for the Seahawks, so he knows how to tackle; when he goes for the ball, Maxwell usually is able to make the tackle even if he doesn’t get the ball.

There are rumors Maxwell could be benched this season, but I’m not sure that’ll happen. Maybe he can be up and down at times, but when Maxwell is on he’s one of the best corners in the NFL. It’s probably not a coincidence that the Dolphins’ top corner’s play improved as the team went on a 9-1 late-season run and made the playoffs.

The general public opinion of the playmaking corner is simply false. Even if you don’t think Maxwell is a top ten corner, he’s a lot better than you think he is.