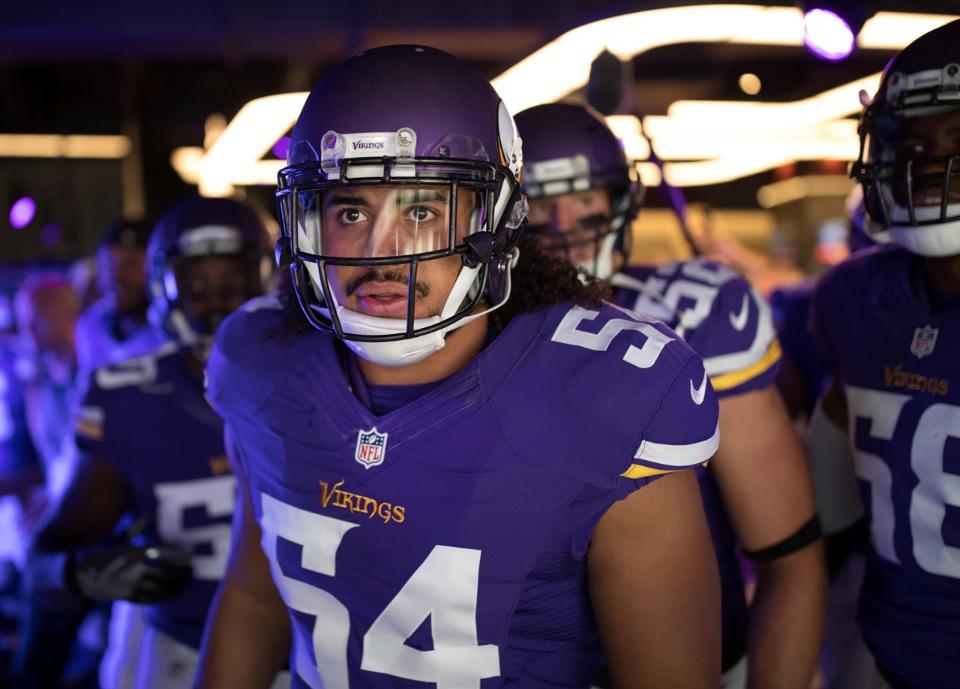 
We are just eight days from the NFL season, with three players to go in the 2017 All-Underrated series. In case you missed the first seven players selected as the most underrated at their respective positions, here’s the list:

While edge player, which included linebackers, was a relatively easy choice with the Bears’ Leonard Floyd, but off-ball linebackers is much more difficult. Kiko Alonso of the Dolphins, C.J. Mosley of the Ravens, and Jordan Hicks of the Eagles are all good selections. But because the three of them made our list of the top off-ball linebackers in the NFL, I am going with Eric Kendricks of the Minnesota Vikings.

The 25-year-old linebacker is entering his third season in the league after being drafted in the second round in 2015. Kendricks has shown he can do it all while controlling things at the middle linebacker spot in Mike Zimmer’s defense. Kendricks has 201 tackles and 6.5 sacks through two seasons, and he got even better from year-one to year-two.

In 2016, Kendricks had nine passes defensed—fourth in the NFL (only Alec Ogletree, Jordan Hicks, and Deion Jones had more). This is a huge jump from his one pass deflection in 2015 during his rookie season. He’s always been a very athletic player and it’s part of why the Vikings drafted him in the second round out of UCLA, but he really put that ability to use in coverage last year.

Comfortability had a lot to do with Kendricks’ improvement last season. After stepping right into a starting role as a rookie, Kendricks—who still played very well as a rookie—got experience that helped him grow during his sophomore season.

Eric also has an older brother, Mychal, that plays linebacker for the Eagles. The Kendricks brothers are both very athletic, with Mychal being more explosive, but Eric being bigger. They’re actually both freak athletes—Mychal ran a 4.47 40 with a 39.5 inch vertical, and Eric ran a 4.61 40 with a 38 inch vertical at a bigger size. And they both put that athletic ability to use. Mychal Kendricks also could have been selected as the All-Underrated linebacker, as he seems to be underrated by his own team and was left off the field for most of the snaps in 2016.

Both the Kendricks excel at blitzing—whether it’s off the edge, up the middle, or on delayed blitzes. Here on a delayed blitz, you’ll see Eric Kendricks is not like an ordinary linebacker when he blitzes. He uses his speed and acceleration to run like a missile at the elusive Aaron Rodgers, who has no chance to get away.

On this play against the Giants, Kendricks shows his ability in man coverage.

The only thing he didn’t do was finish the play and intercept the pass (which he probably would have returned for a touchdown), but he could not have covered the tight end any better.

And on this play at the goal line, Kendricks forms a wall to prevent big Eddie Lacy from getting into the end zone for the Packers.

While Kendricks is a superb athlete, he also just looks like someone that knows how to put his athleticism to use, and he’s just football player out there. As one of the integral parts of a talented Vikings defense, Kendricks offers massive upside and should continue to emerge as one of the top linebackers in the NFL. If the Vikings emerge as a serious contender in the NFC, their middle linebacker will be right in the middle of it.